Should you boycott Amazon Prime Day? 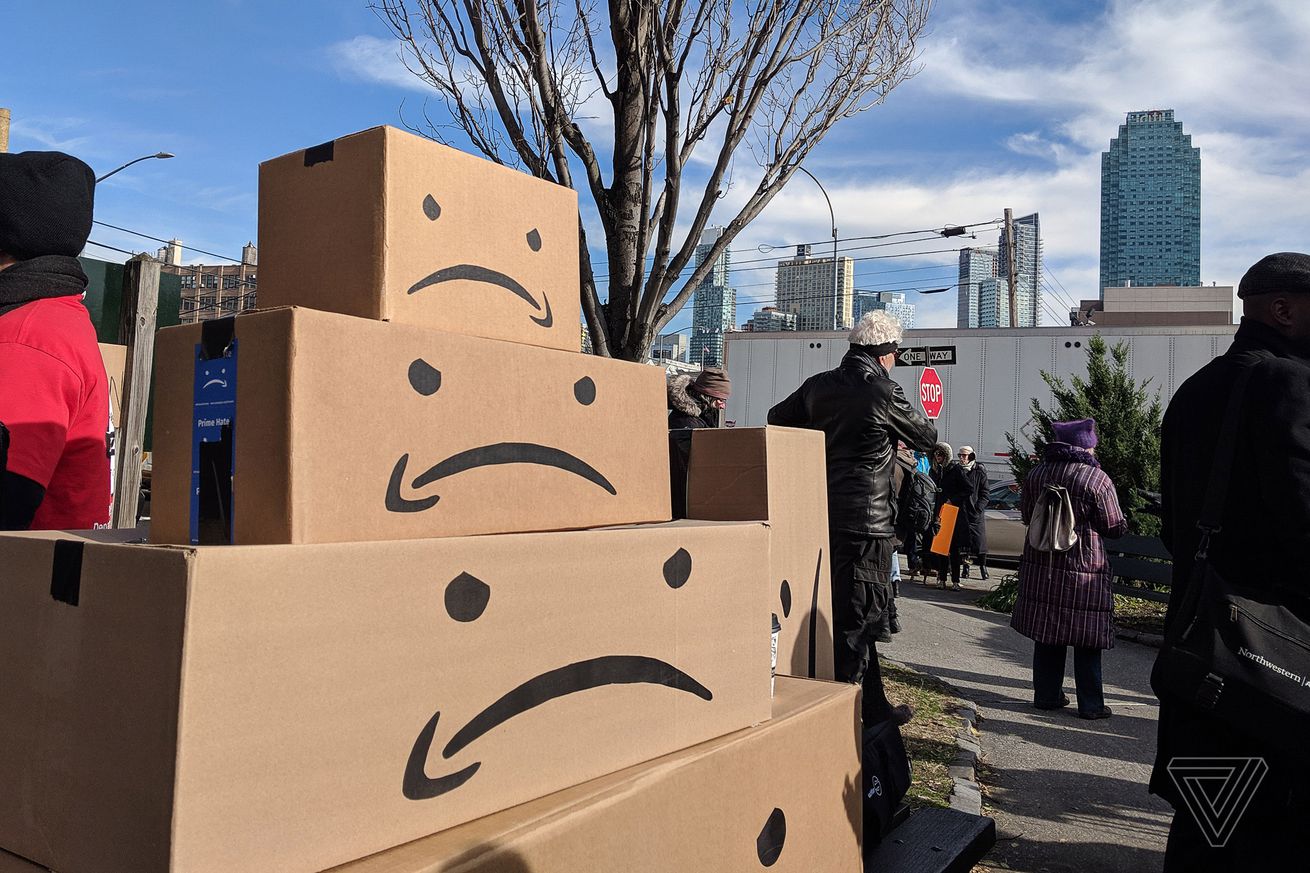 Amazon is now powerful enough to push its own holiday onto the calendar. Starting Monday, Prime Day will kick off with an avalanche of deep discounts — and Amazon is doing everything it can to make sure it feels festive. In fact, the company is doing so much, it might make you uncomfortable.

Last Wednesday, the company hosted an exclusive concert for Prime members, with performances from SZA and Taylor Swift. It was a bit tacky, but the general message to users was unmistakable: it’s good to be a Prime member! (“As Alexa launches into an original rap about Jane Lynch,” one reviewer raved, “I can feel my soul scream to be delivered back into the ethereal mush of the pre-born realm, to begin again brand new.”) It’s particularly inescapable online, where deal roundups and alerts flood websites (including this one) to a level not even Christmas can match.

Is taking advantage of Amazon’s flash sale akin to crossing the picket line?

Not everyone feels festive. In Minnesota, workers at an Amazon warehouse are planning a six-hour work stoppage to demand safer conditions and more secure employment. The workers plan to protest outside the warehouse on one of the busiest fulfillment days of the year, joined by engineers from the Amazon Employees for Climate Justice group.

Those fulfillment centers have been a sore point for some time now (a Verge report found hundreds of workers fired in just over a single year at one Baltimore warehouse) and the action in Minnesota is designed to leverage Prime Day’s attention into actual change. If you risk spoiling Amazon’s big day, the thinking goes, they’ll be more likely to address the problem.

It’s turned out to be a popular idea. Even more far-flung parts of the Amazon empire are getting involved, with one prominent Twitch streamer pledging not to stream during Prime Day as a gesture of solidarity. It makes that endless string of Prime Day deals seem a little more troubled. Is taking advantage of Amazon’s flash sale akin to crossing the picket line?

Crucially (and perhaps surprisingly), none of the striking workers have called on shoppers to boycott Prime Day sales. There’s no official guidance on how shoppers should support the strike, and many of the striking workers who talked to The Verge were ambivalent on the question. In some sense, it’s beside the point. The strike is meant to show that the success of Prime Day depends on warehouse workers — but that message is more about fulfillment queues than sales numbers. Solidarity is always welcome in a strike, but it’s hard to draw a clear, straight line from the workers’ demands to the Buy button.

Still, there’s a deeper queasiness to Prime Day that’s harder to dismiss. It’s Amazon at its most Amazonian — fast, cheap, convenient, and totalizing. Prime Day draws you in, not just to Amazon Prime membership but to a whole world of seamless consumerism. It’s the kind of intra-corporate pride that was on display in the bizarre concert series, and much of the company’s messaging around Prime Day in general. But is Amazon really something to be proud of?

Of course, sometimes you just want to watch Fleabag and get free shipping on discounted socks. Why shouldn’t you? Amazon has built an empire out of making these basic purchases as easy and cheap as possible, with each convenience digging you deeper into the company’s ecosystem. But it hasn’t been easy for workers at fulfillment centers, or the smaller businesses trying desperately to compete.

That doesn’t mean you need to drop Prime entirely. The movement isn’t big enough yet to make voting with your wallet an effective tactic in supporting the workers agitating for change. But as you peruse the deals next week, consider whether you might be able to buy those socks somewhere else — or whether you need to buy them at all.