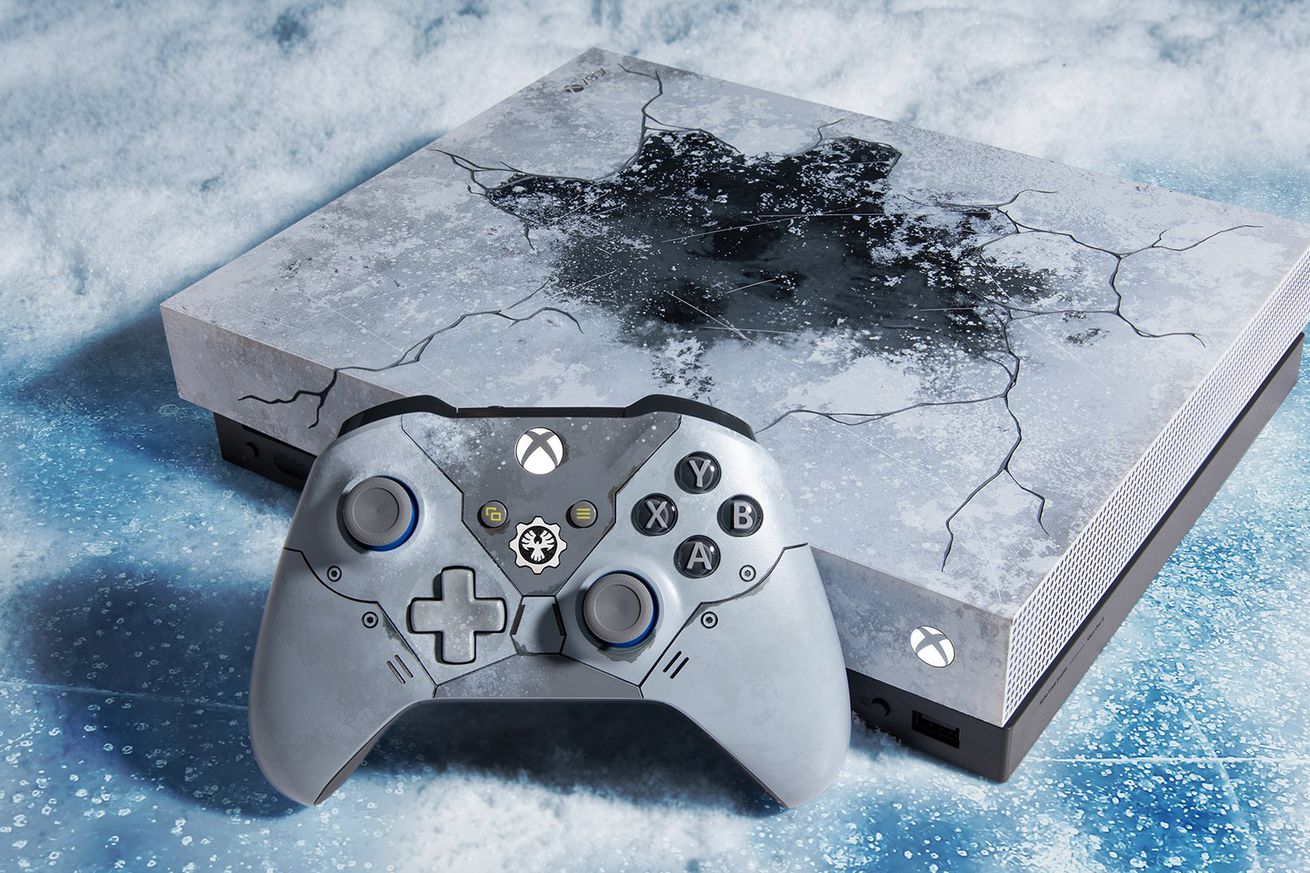 Microsoft is celebrating the launch of Gears 5 with a new custom Xbox One X console and controller. The limited edition console includes the Omen Gears of War symbol frozen under ice and snow, and it’s the first limited edition Xbox One X since the Project Scorpio launch edition. Microsoft’s Xbox industrial design team and The Coalition teamed up to design the custom Xbox One X, and it’s available to preorder today for $499 ahead of the Gears 5 launch next month.

If a limited edition console wasn’t enough, Gears of War fans can pick up a Gears 5 headset or a Gears 5-themed Razer mouse and keyboard set for $299.99. Last but not least, Seagate made a Gears 5 2TB hard drive with the snow-weathered design.