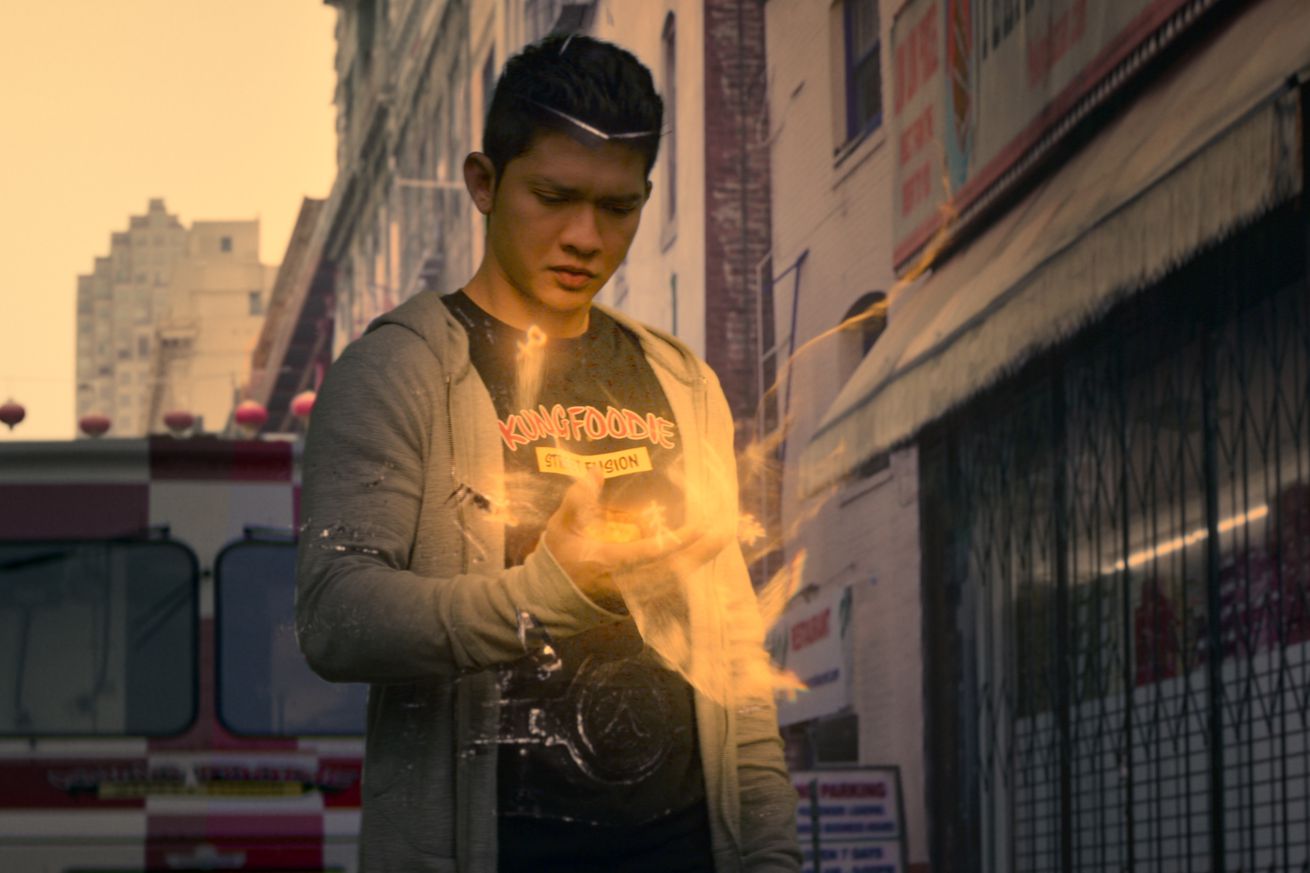 The first episode of Netflix’s Wu Assassins opens with a kinetic, preposterous, thoroughly enjoyable Hong Kong cinema throwback fight scene set in a series of halls and stairwells. Railings are hurdled, bullets are dodged, people are pinned to walls with their own knives. It’s a ballet of violence set to over-carbonated electronic music, culminating with the hero snatching a thrown knife out of the air. “Who are you?” the man he’s rescued asks in wonder. “I’m a chef,” he quips. End scene, cue applause. It’s everything fans want in a retro martial arts flick.

But after five minutes or so, it’s done — and then, alas, the plot kicks in.

That plot manages to be both predictable and nonsensical. Aspiring chef Kai Jin (played by celebrated stuntman Iko Uwais) is trying to get his food-truck business off the ground while occasionally working at the restaurant of his romantic interest Jenny (Li Jun Li). Then he discovers he’s the heir to mystical martial arts powers. He must use them to defeat a bunch of villains with elemental magic, including his adoptive father, Uncle Six (Byron Mann), the leader of a criminal triad. In addition, the show desperately but ineffectually wants viewers to be interested in the undercover work of blond white cop C.G. (Katheryn Winnick) who’s trying to prevent a gang war between the triad and crime boss Alec McCullough (Tommy Flanagan).

Genre fans of various flavors have seen this all before: the father / son tension between Kai and Uncle Six, the assassin who doesn’t want to be a killer, the magical visitor who tells the reluctant chosen one he’s chosen. Even the mystical out-of-time training sequences and visions of the future are so rote that they spark resigned acquiescence instead of wonder.

The most frustrating part of Wu Assassins, though, is its straight-faced grimness. The clichés, plot holes, and stilted dialogue would all be forgivable if there were more fight scenes, and if the show wasn’t so often soaked in its own sodden seriousness.

Martial arts cinema has a tradition of light-hearted absurdity, from Jackie Chan’s adorably corny clowning to Stephen Chow’s hyperbolic camp masterpieces. Even John Woo has been known to punch through seriousness and on into giddy bombast in films like Face/Off, where Nicolas Cage and John Travolta teeter on the edge of self-parody, and then gleefully jump off that edge, guns blazing.

On film, some Americans have captured those high spirits, as Kill Bill and John Wick demonstrate. But recent American tributes to Hong Kong television tend to treat the genre as if it’s an exercise in heartfelt blather and tragic backstories. Netflix’s wretched Iron Fist, like the other Marvel Netflix shows, largely abandoned the humor of the Marvel Cinematic Universe in favor of a gritty, downbeat landscape of dimly lit hallways, furrowed brows, and supposedly intense monologues. Even the action sequences were badly handled. AMC’s Into the Badlands did better with the fights, but its dystopic-future setting is still mired in drearily convoluted plot machinations. The stunt performers spin, jump, and kick with weightless improvisatory brilliance, then pass the baton to the actors, who immediately sink into a bog of melodrama.

Wu Assassins is better than Iron Fist if only because Uwais is a better lead than Finn Jones. But the show’s acting is weaker than Into the Badlands, and its writing is even worse. The writing issues could actually be a strength if the showrunners were willing to lean into their inadequacies. The first three episodes available for preview are filled with scenes that could function as enjoyable punchlines, if only the tone weren’t so deadeningly dour.

For example, in one sequence, a physically unimposing woman suddenly turns out to have amazing martial arts abilities, which is exactly the sort of setup that Stephen Chow staged in films like Shaolin Soccer with a high-octane wink. But in Wu Assassins, the reveal is set in a drug-addicts’ hovel, and it’s played completely straight, with all the fun drained out of it. In another Chow-esque conceit, Kai’s powers make him transform into an old bald guy when he does martial arts. So the triad decides to kidnap every bald chef in Chinatown, which should obviously cue the apocalyptic battle of the bald chefs! Instead, the show just gathers a bunch of bald chefs in a room, then has them leave.

In another sequence, C.G. explains that she never listens to music in cars because her father was arrested while listening to Kiss at high volumes on his car stereo. It’s an egregiously bone-headed version of the trope whereby all characters in action dramas must have a secret pain in their pasts; she might as well have said that her parents were kidnapped and murdered by background music. But again, this seemingly ridiculous detail is presented without any joy or flair. Kai expresses no incredulity, and barely any interest. He was apparently expecting a tearful tale of dead fathers when he casually asked why he couldn’t turn on the car radio.

Kai’s profession is also a wasted opportunity. Perhaps the best non-fight sequence in the first three episodes is a montage of Kai and Jenny preparing a meal in the restaurant. They chop, they spice, they flame, they flirt. The choreographed moves around the kitchen act as a nod to the choreographed battles. Watching the dance-like food preparation, it’s possible to see the outlines of an alternate Wu Assassins, which really embraced a love of food, with Kai making complicated dishes in every episode and explaining each recipe and how to prepare it. Reality TV cooking shows and martial arts dramas are both built around delicious, kinetic setpieces. Why not combine them in a single dish?

The reason we can’t combine them in a single dish is obvious enough. Show creators John Wirth and Tony Krantz don’t have an adventurous palate or, for that matter, a sense of humor. Hong Kong martial arts cinema at its best is exhilarating because of its sense of possibility — watching those movies means feeling that bodies can do anything. Recent American television adaptations like Wu Assassins, though, are stuck in their own solemnity, so eager to pay sincere tribute that they trudge where they should leap and gesture ineffectually where they should instead unleash their deadly soccer powers of doom. At some point, the age of peak television should unleash a show with great martial arts and an entertaining story. Wu Assassins does pretty well with the first, so viewers may want to fast-forward to the fight scenes. Even with the power of the Wu Assassin, though, sitting through the whole series may be an almost impossible challenge.