Uber lost over $5 billion in one quarter, but don’t worry, it gets worse 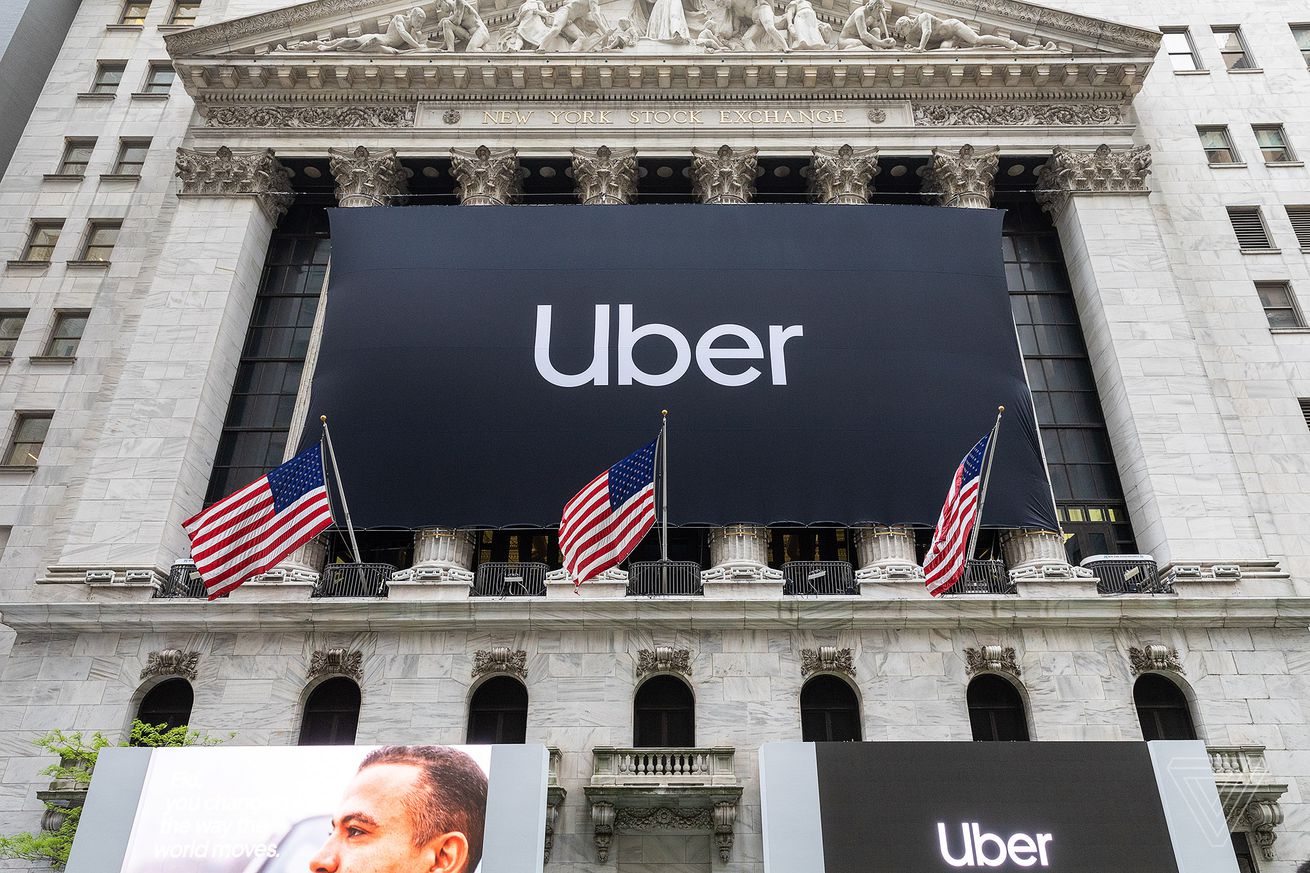 Photo by James Bareham / The Verge

Uber just reported its second quarterly earnings ever as a public company, and hoo boy! That’s a lot of red ink! The ride-hailing giant reported losing a whopping $5.2 billion in the last three months. No, there isn’t dirt on your screen. That’s billion with a “b.”

Lyft, which reported its earnings on Wednesday, fared better but still posted a loss of $644 million during the quarter. The numbers for both companies look a lot better when adjusted for things like amortization of intangible assets and stock-based compensation for employees post-IPO. Excluding you exclude one-time stock-based compensation payments of $3.9 billion, Uber lost $1.3 billion. Tweaking those numbers more, like adjusting for so-called EBITDA (earnings before interest, tax, depreciation and amortization), and Uber lost $656 million, while Lyft lost $197 million.

But analysts on Wall Street expected these losses, and so we’re supposed to shrug and say “no big whoop.” “It’s a routine cost for newly public companies—though Uber’s is much larger due to the company’s size—and investors are likely to forgive it as a one-off,” writes Eric Newcomer in Bloomberg.

Indeed, Uber’s stock price was up most of the day on Thursday, thanks to Lyft’s expectation-beating earnings report: $867 million in revenue, up 72 percent from the year before. (Analysts had expected 60 percent revenue growth.) Uber’s revenue is also growing, but at a slower rate than Lyft — $3.1 billion for the quarter, up 14 percent from last year.

But I’m not a Wall Street analyst, and neither are you (probably), so all of this can feel a little abstract. Losing $5.2 billion in a single quarter seems... bad, right? Like lose-your-job, never-work-in-this-town-again kind of bad. It’s certainly Uber’s largest ever reported loss. The company’s CEO, Dara Khosrowshahi, is chalking it up to 2019 being a “peak investment year,” thanks to the IPO.

Khosrowshahi often likes to talk about abstract concepts, like a $12 trillion “total addressable market” (TAM) that Uber has only just begun to penetrate. That includes things like food delivery, personal mobility, and freight shipping. For reference, the World Bank estimates global GDP was around $80 trillion in 2017. Uber is saying it can capture 15 percent of all global economic activity. That is sure to excite investors, but it could come at a real cost to the quality of life for the rest of us.

Look out the window. If you live in a big city, you can probably see a lot of cars driving for Uber and Lyft out there. The vast majority are 2,000- to 3,000-pound vehicles carrying one to two passengers at most. Now imagine these companies growing by a factor of 10 or 20 even, as they predict they can. What does traffic look like then? What happens to our air? Our streets? This isn’t some NUMTOT-inspired aside; there is a real price associated with this “growth at all costs” mantra from Uber and Lyft.

If Uber and Lyft just went away over night ( ), vehicle traffic would decline 7% in D.C., 13% in San Francisco and 8% in Suffolk County (Boston).

There is a traffic crisis in many cities in the US, and Uber and Lyft bear some responsibility. They said it themselves this week, as part of the release of a study they commissioned on their contribution to the total number of vehicles in major cities.

This report didn’t come up in either earnings call for Uber or Lyft because Wall Street investors don’t care about externalities like traffic congestion or air pollution, only figures like “take rate” and “gross bookings.” This isn’t surprising, but it does speak to the disconnect between how people controlling the purse strings talk about these companies and how cities and their residents absorb the effects of app-based ride-hailing.

Local governments don’t care if Uber and Lyft are profitable. But they do care when their streets are choked with traffic or when ride-hailing drivers complain about not being able to meet the basic cost of living. The result for Uber and Lyft is harsher regulations, like New York City’s recently expanded moratorium on new for-hire vehicles or California’s proposal to transform freelance drivers into full-fledged employees. If policies like congestion pricing (which both Uber and Lyft support) and vehicle caps and driver reclassification push profitability further and further into the hazy, mythical future, well... maybe there’s something wrong with your business model.

Len Sherman, adjunct professor of business at Columbia University, seems to think so. He acknowledges that these companies, like any urban transportation service, can have positive contributions to society, but will likely always struggle to make a profit. Drunk at 2AM? Pull out your phone and hail a ride home. By improving mobility options, Uber and Lyft can help make downtowns more vibrant, improve the flow of customers to retail stores, and drive up tax revenues for cities.

The problem, Sherman says, is that Uber and Lyft don’t get any runoff benefits. They can’t tax the bars and nightclubs that stay open until 2AM because they know Uber and Lyft will safely transport their passengers home. They can’t exploit the positive externalities of their business, but they are held liable for the negative ones, like increasing traffic congestion or the creation of an underclass of freelancer drivers who are paid inadequately and lack safety nets.

This isn’t a problem unique to Uber and Lyft. None of the ride-sharing companies around the world — Didi in China, Ola in India, Grab in Southeast Asia — are profitable. And none of them can convincingly articulate a path to profitability aside from vague references to improving the bottom line and reining in ride subsidies and driver incentives.

“I don’t think Uber is going to disappear overnight,” Sherman tells me. “It’s not a dinosaur that’s going to die.” Along with Lyft, Uber will be able to sustain itself without posting a profit for as long as the capital markets remains confident in the companies’ predictions about the future. But it will need to take steps that it has so far been unwilling to take, like pulling out of some global markets. “How small does Uber have to become?” Sherman wondered.

“I don’t think Uber is going to disappear overnight.”

The ride-hailing c-suite will likely chalk this up as academic hand-wringing with little relevance in the real world. “It’s hard to compare Uber to other businesses,” Khosrowshahi, said in an earnings call on Thursday. He called the company’s chronic lack of profitability “a meme that’s out there” and said he remains convinced that Uber will grow into a “spectacular business” in the longterm.

Khosrowshahi is a 50-year-old millionaire, so I can’t fault him for not really knowing the difference between a meme and a financial reality. Maybe he should start with the basics, like our good friend the “This is fine” dog, and go from there.