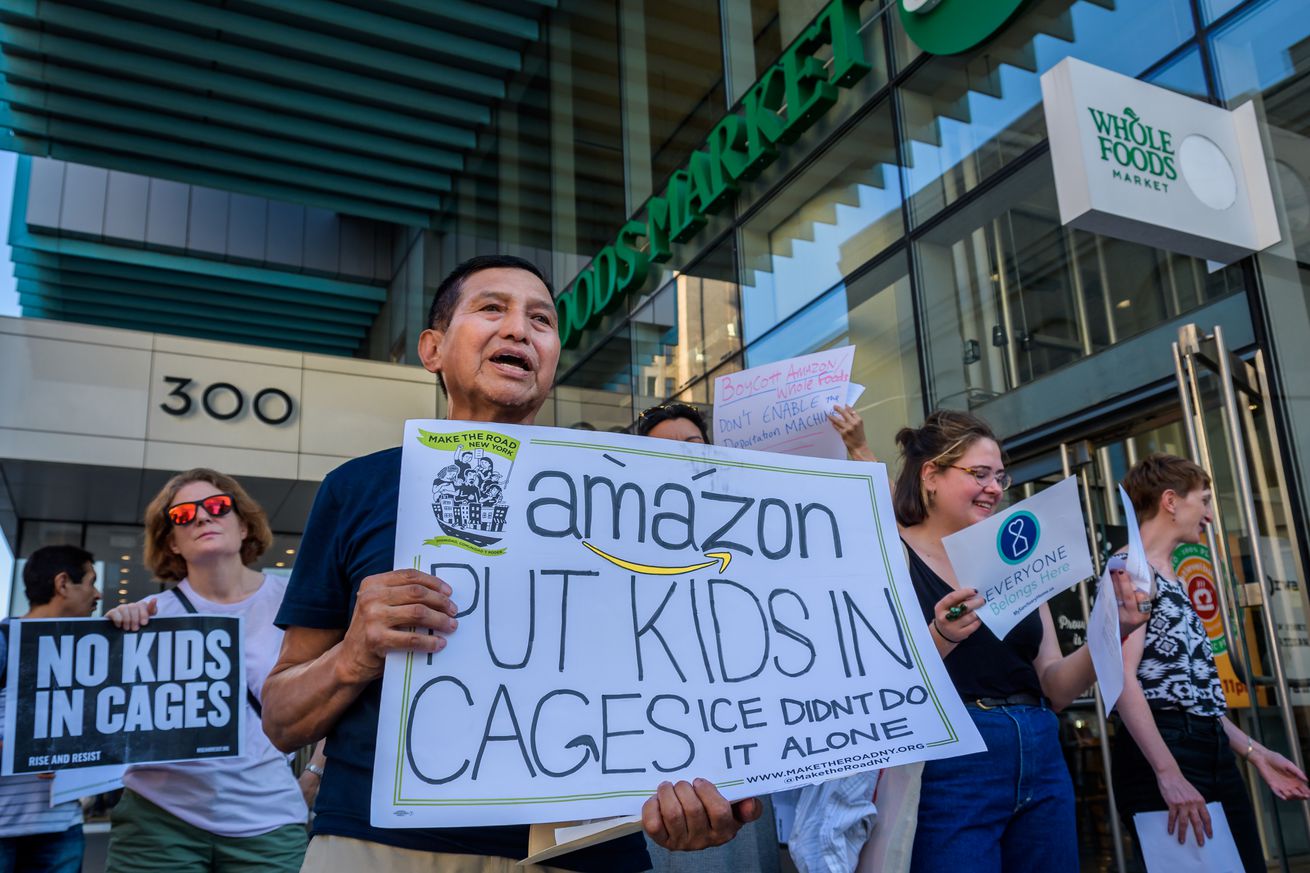 Pressure is mounting against Amazon’s continued involvement with US Immigration and Customs Enforcement (ICE), with Whole Foods employees now demanding the company cease ties with the agency through its business dealings with the controversial government contractor Palantir. The demands, posted in a public letter earlier today by the Whole Foods unionization group Whole Worker, direct harsh words at the parent company of the grocery chain, which Amazon purchased for $13.7 billion in 2017.

In particular, the letter calls Amazon’s rule “dystopian,” and Whole Foods employees say they will continue to combat the company by leaking information and attempting to undermine policies and business dealings that lead to the deportation of undocumented people and other rights abuses.

The Whole Worker organization, which is comprised mostly of current but also some former employees, claims responsibility for the leaked 45-minute union-busting video Amazon distributes internally to employees. The video and edited clips from it have since spread worldwide since it leaked in September of last year, most recently landing on an episode of John Oliver’s Last Week Tonight focused on Amazon warehouse working conditions.

workers at Whole Foods (owned by Amazon) have put out a statement denouncing the company's business with ICE https://t.co/KRhw8CKXqH pic.twitter.com/1q2mJCYngk

Although Amazon does not provide services directly to ICE, it does provide cloud computing resources to companies like Palantir that do provide ICE with software and other forms of technical support. Amazon has also tried selling its controversial facial recognition software, called Rekognition, to ICE, as noted by a letter penned by Amazon employees last year demanding that CEO Jeff Bezos stop selling and attempting to sell the platform to law enforcement.

Amazon has in the past provided cloud-based database support to numerous agencies related to immigration enforcement, according to a report last fall compiled by activist groups that detailed the tech companies connected to the Trump administration’s immigration crackdown.

The Whole Worker letter appears to be building off momentum from a series of anti-ICE protests in New York City this past weekend that resulted in dozens of arrests, the shutdown of parts of the West Side Highway in Manhattan, and a massive occupation of Amazon’s physical NYC bookstore. There were also reported demonstrations in front of Whole Foods locations in Brooklyn and elsewhere in the city.

“We as Whole Worker stand with our co-workers inside Amazon AWS demanding Jeff Bezos cease all business with Palantir and any other company involved in the continued oppression of marginalized groups,” reads the letter. “We also stand firmly with our co-workers in calling for Amazon to end the sale of its facial recognition software, Rekognition, to law enforcement. The software has already been proven to be racially biased, and the last thing an increasingly fascistic law enforcement culture needs are further tools for mass surveillance.”

We’ve reached out to Amazon for comment and will update this story when we hear back.