The first Lightning security key for iPhones is here, and it works with USB-C, too 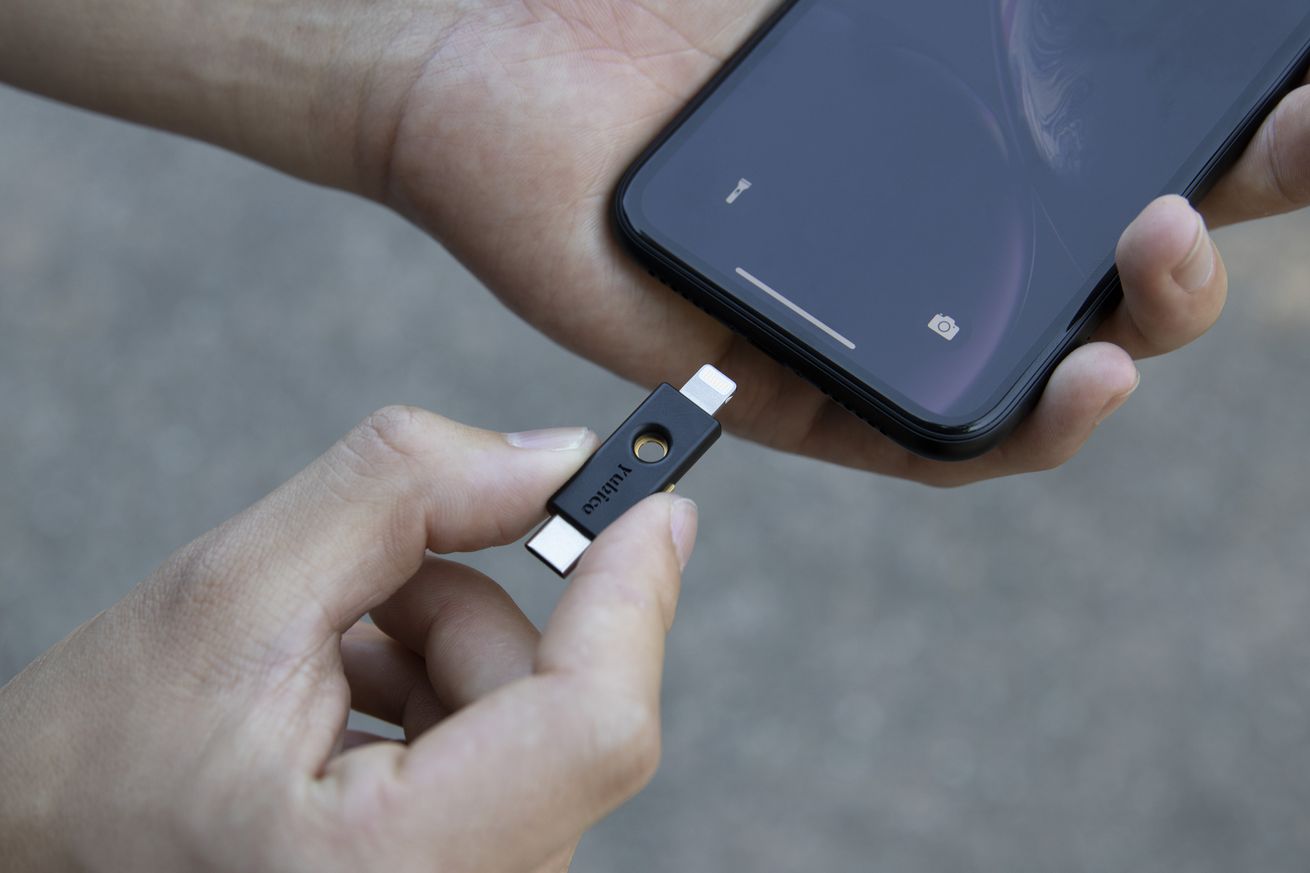 If you’ve wanted to just plug a physical security key into your iPhone to log into apps securely — instead of problematic text messages or paging over to your authenticator app — now you can. Today, Yubico is releasing the $70 YubiKey 5Ci, the first security key that can plug into your iPhone’s Lightning port or a USB-C port, and it’s compatible with popular password vaults LastPass and 1Password out of the box.

That means you may not have to remember your password for your bank ever again — just plug the YubiKey into your iPhone, use it to log into the 1Password app, and get that bank password. At launch, it’ll support these well-known password managers and single sign-on tools: 1Password, Bitwarden, Dashlane, Idaptive, LastPass, and Okta. And when using the Brave browser for iOS, the YubiKey 5Ci can be used as an easier way to log into Twitter, GitHub, 1Password’s web app, and a couple other services.

Notably, the 5Ci doesn’t work with the newest iPad Pros at all, despite having a USB-C connector that fits. And you can’t just plug the Lightning side of the 5Ci into an iPhone and expect it to work with any service that supports the FIDO authentication protocol — our passwordless future isn’t here just yet. Yubico tells The Verge that services have to individually add support for Lightning connector on the 5Ci into their apps.

There are other options if you don’t want to shell out $70 for the YubiKey 5Ci just for easier access to LastPass or 1Password, for instance. Both already let you log in with a fingerprint or face scan for free.

You could also consider Google’s Titan Security Keys, which sell as a $50 pair, with one USB-A key that has a USB-C adapter and NFC (which only works with Android) and one with Bluetooth and NFC (also only with Android phones). Google also lets Android users on Android 7 or higher use their phone as a physical security key.

With today’s release of the YubiKey 5Ci, though, millions of iOS devices potentially have access to much better login security. Hopefully, more apps will add support for the better authentication tools pushed by companies like Yubico and Google. Once they do, maybe we’ll finally get to that passwordless future.