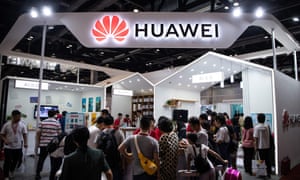 Mate 30 won’t have licensed access to any Google apps, thanks to ongoing dispute between US and the Chinese smartphone maker

Huawei, the number two smartphone maker in the world, will launch its next flagship device without licensed access to the top smartphone operating system in the world – Google’s Android – or any of Google’s ubiquitous apps.

The 5G-capable Mate 30 will be revealed at a 19 September event in Munich, CNBC reported on Friday. But the launch by a company that saw its share of the European smartphone market soar by 55.7% in 2018 is approaching under a cloud of uncertainty, thanks to the actions of the US government.