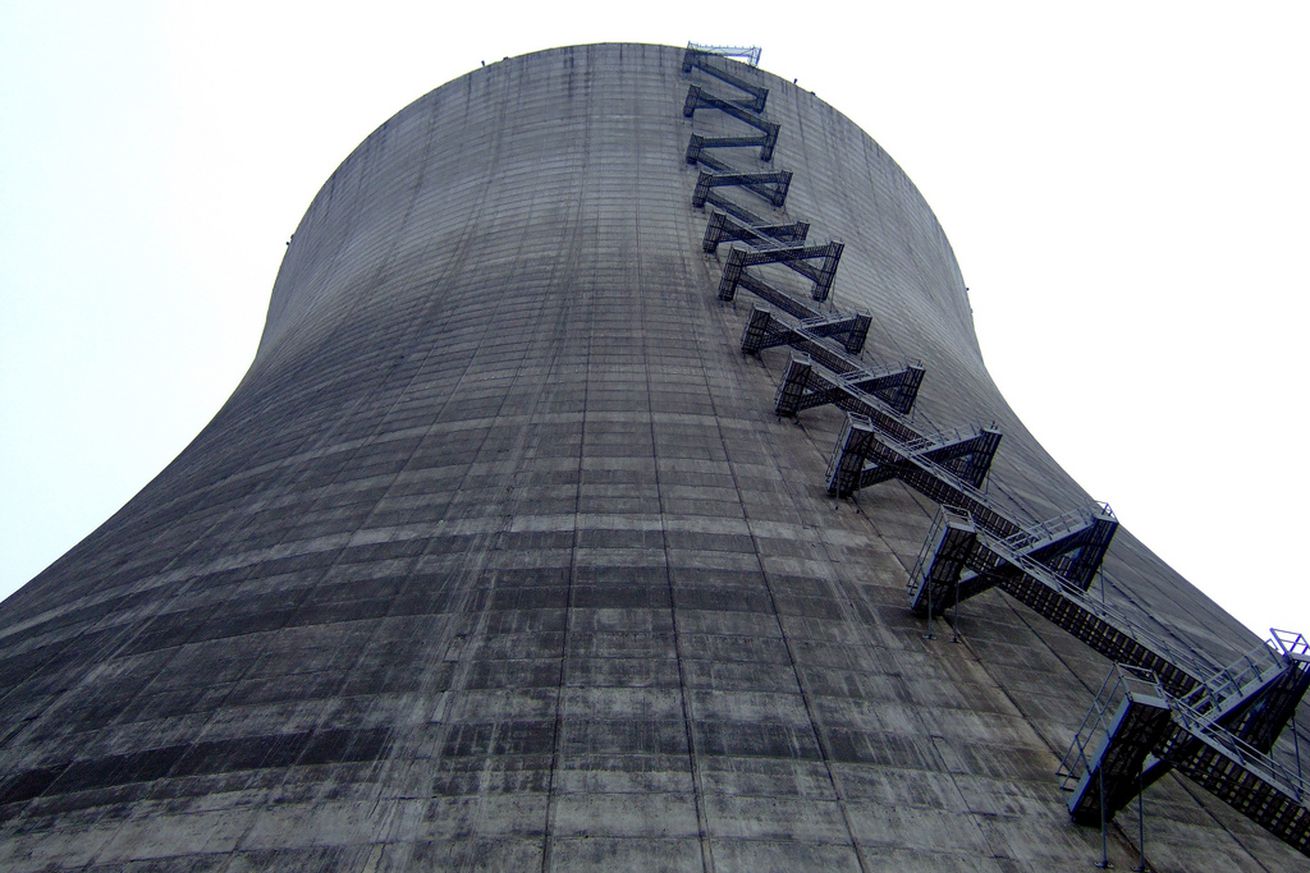 More than 70 percent of Democratic midterm voters not only think climate change is happening, but they’re actually “very concerned” about it, according to an Associated Press poll. Democratic candidates are catering to that with a slew of climate plans that, frankly, say a lot of similar things.

Do you think climate change is a big deal? Check. Should the US recommit itself to the Paris climate agreement? Check. Do we need net-zero greenhouse gas emissions by 2050? Check.

Should the US turn to nuclear energy as a way to stop burning planet-warming fossil fuels? Now that’s where it gets really juicy.

Do you think climate change is a big deal? Check

All of the 10 candidates who appeared on CNN’s September 4th climate town hall have released detailed climate platforms, but only half of those bring up nuclear energy — both for and against exploring the nuclear option. CNN’s town hall brought those divisions to light. The seven-hour marathon was punctuated with arguments on nuclear from six candidates. If nothing else, it helped to spice up what was otherwise a whole lot of nuance on climate policy that made watching until midnight tough for even the most environmentally minded viewers.

Candidates Sen. Cory Booker (D-NJ) and Andrew Yang worked to sell nuclear as one of the most promising tools at our disposal to avert climate catastrophe. Both have indicated that they’re open to building new power plants.

“People who think that we can get there without nuclear being part of the blend, just aren’t looking at the facts,” Booker said.

He did admit that “next-generation nuclear, where the science is going, [to me], at first, it sounds like science fiction.” He stumbled through a drawn-out explanation of the potential he sees in new technologies to minimize the risk of meltdowns that took place in Chernobyl and Fukushima. But CNN commentator Van Jones gave Booker credit for taking on a complicated and uncomfortable position. “It’s not popular in the party. He took that position on, and I thought he sold it.”

Ultimately, Booker said, “I’m a competitor.” He told the audience that what “really ticks him off” is the US losing ground in the field of research and development. “As Americans, [we] must make the investments so that we lead humanity to the innovations, to the breakthroughs, to the jobs of the future,” he said, which relies heavily on nuclear power. His climate plan allocates $20 billion to developing next-generation advanced nuclear energy.

Yang’s plan proposes spending $50 billion on researching new nuclear technologies, and he wants to see new nuclear reactors online as soon as 2027. “Nuclear, right now, it gets a bad rap in part because the technologies we’re using are antiquated,” Yang said. “We are working on these new-generation nuclear reactors that use thorium instead of uranium, and thorium is not natively fissile or radioactive. So the odds of a catastrophe drop precipitously.”

Using thorium as an alternative to uranium ore for producing nuclear fuel does have some advantages over uranium, Rob Jackson, chair of the Earth System Science Department at Stanford, told The Verge. But it hasn’t been commercialized yet, so leaning on it to expand nuclear prospects in the US is bound to be expensive, especially compared to the shrinking price tag for solar panels. Still, Jackson contends, the safety record for nuclear in the US is “actually quite good” — something a landmark United Nations report backed up globally.

The United Nations report released last year details what needs to happen to keep the Earth from warming above 1.5 degrees Celsius above pre-industrial levels, the threshold at which most scientists agree we need to stay under to avoid many catastrophic effects of climate change. In most of the pathways it outlined to hit that mark, nuclear energy must be ramped up. That report signaled a consensus among leading climate experts across the globe on the role nuclear energy could potentially play in building a more sustainable future. When it comes to safety, it says that “comparative risk assessment shows health risks [for nuclear energy] are low per unit of electricity production.”

But nuclear energy isn’t always seen as low-risk. The combination of rare and high-profile events like Chernobyl and Fukushima along with growing stockpiles of nuclear waste means that nuclear energy is still shunned by many voters and politicians.

Sen. Bernie Sanders (I-VT) calls nuclear energy a “false solution.” As the only candidate at the town hall calling for complete abstinence from nuclear energy, Sanders faced some of the most direct questions on the topic.

“How can you dismiss this technology?” Marc Alessi, a graduate student studying climate science at Cornell University, asked Sanders.

Sanders pointed to the risks associated with the radioactive waste nuclear energy leaves behind, which has a particularly sordid history contaminating Native American lands. “It doesn’t make a whole lot of sense to me to add more dangerous waste to this country and to the world when we don’t know how to get rid of it right now,” said Sanders. “I think it is safer and more cost-effective to move to sustainable energies like wind, solar, and geothermal.”

Somewhere between hardcore nuclear fans and die-hard detractors are candidates attempting to tip-toe around the issue. That includes Sen. Kamala Harris (D-CA), who at least says we should clean up nuclear energy’s toxic legacy. She stops short of definitively saying she would axe it from the US’s energy future.

As part of her plan to “stand up for Indigenous rights and ensure that Native Americans are given a voice in the fight to rectify systemic environmental injustices forced upon Indigenous communities,” she calls for “consent by Indigenous communities for any nuclear waste storage project, including Yucca Mountain.” Yucca Mountain in Nevada was first proposed as the primary dumping ground for radioactive waste in the US by Congress in 1987. The Western Shoshone Nation, Native American advocacy groups, and Nevada lawmakers have fought back tooth and nail since then.

Despite being asked twice to clarify exactly where she stands on nuclear energy outside of its waste problem, Harris managed to side-step the question. “My bottom line is that I’m not going to allow the federal government to go in and impose its priorities on any state, it’s going to have to be those states to make that decision,” she responded, pointing again to the battle over the fate of Yucca Mountain.

Neither Sens. Elizabeth Warren (D-MA) nor Amy Klobuchar (D-MN) explicitly mentions nuclear energy in their climate plans. But when pressed during the town hall, both pledged not to build new reactors. Warren said she supports weaning the US off its existing nuclear energy plants by 2035. Klobuchar said she would “make sure [existing power plants are] safe and figure out what upgrades we have to make to those plants.”

“Nuclear energy is out of fashion.”

Former Vice President Joe Biden is curious enough to throw an undisclosed amount of money into nuclear R&D. He took heat for everything from Obama’s track record on climate to an upcoming fundraiser co-hosted by the co-founder of a natural gas company. That was enough to keep the focus away from his stance on nuclear, but according to his climate plan, he wants “to look at issues, ranging from cost to safety to waste disposal systems, that remains an ongoing challenge with nuclear power today.”

At about 20 percent of the US energy mix, nuclear energy provides the country with more carbon-neutral energy than solar, wind, or any other renewable source. But 59 of the nation’s 97 licensed commercial nuclear reactors are slated to retire by 2040 if their licenses aren’t renewed. There’s only been one new reactor to come online within the past two decades, according to The Washington Post. Two more that are being built in Georgia are bleeding money.

“Nuclear energy is out of fashion,” Jackson said. “Without government incentives, it’s hard to imagine nuclear competing cost-wise with renewables and natural gas.” But he does point out that nuclear provides another source of energy that doesn’t rely on the weather, like wind and solar.

“Nuclear power is a hell of a complicated way to boil water.”

For the candidates who’ve stayed vague about where they stand on nuclear energy in their published plans and at the town hall, there could be a good reason. According to Steven Cohen, director of the research program on sustainability policy and management at Columbia University’s Earth Institute, “Advocating nuclear power as a solution to the climate crisis is not a good tactic for a Democratic primary campaign.” In an email to The Verge, Cohen wrote, “Many anti-nuclear activists are Democrats and you risk mobilizing their opposition.”

When you take a look at the bigger picture, nuclear energy isn’t just dividing Democrats. It’s a hot-button topic among environmentalists as well.

Cohen says that if a safer form of nuclear power could be developed without waste and without the risk of meltdowns, it should be considered. There are those who believe new technologies are coming near to that, but Cohen is cautious. “Many climate scientists are attracted to nuclear as a quick form of carbon-free energy, but I consider the management and political risks of nuclear power to far outweigh the benefits,” Cohen told The Verge. “In the words of the great environmentalist Barry Commoner: ‘Nuclear power is a hell of a complicated way to boil water.’”