Monsta X and Steve Aoki: how K-pop took over YouTube 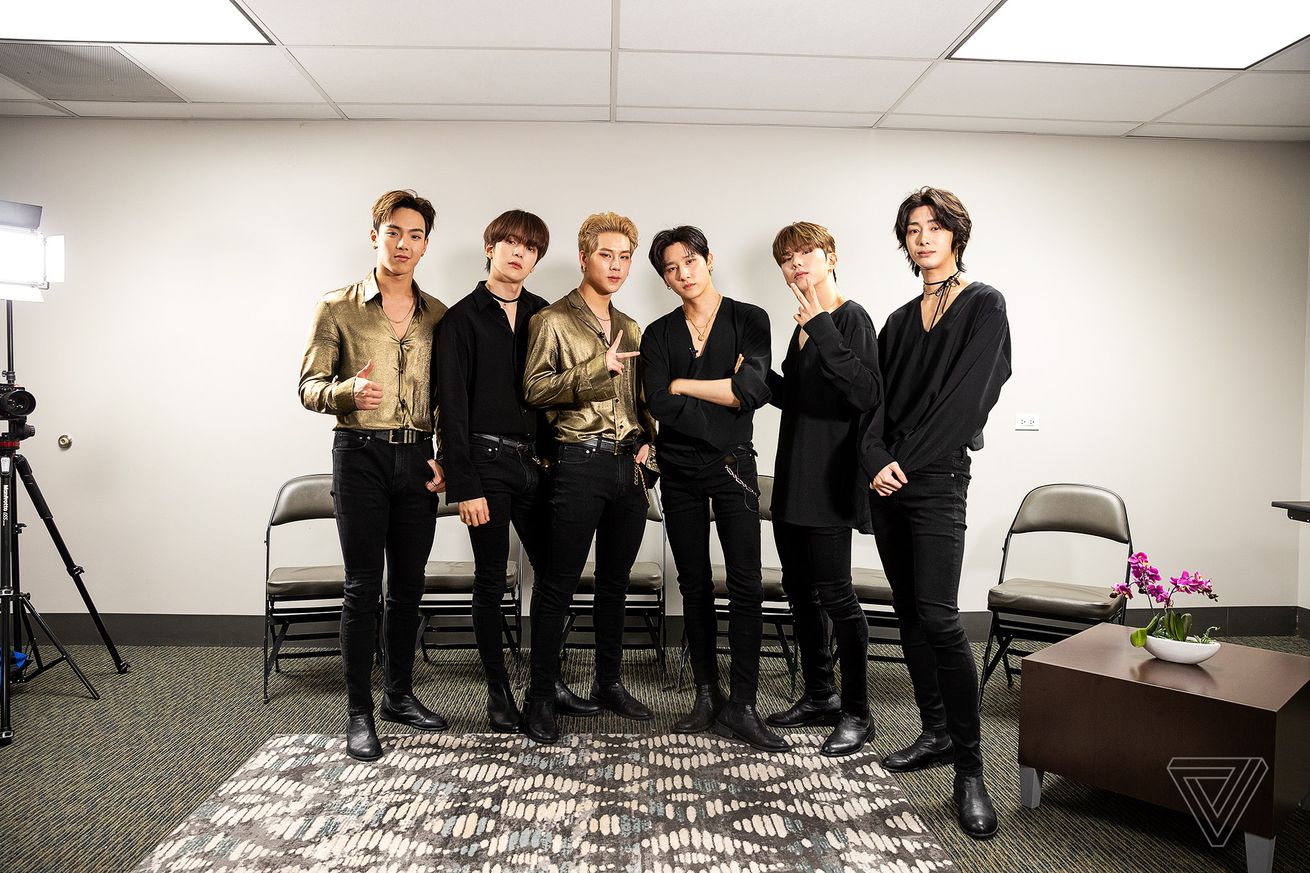 The Future of Music season 2, episode 4

The middle of Texas should be an unlikely place for a sold-out K-pop show. But at the Smart Financial Center outside Houston in late July, thousands of fans gathered with homemade banners, tribute costumes, and armfuls of merchandise as they waited in line to see Monsta X, a K-pop group on their third world tour. These fans didn’t get here because of radio play or by combing through bins at a music store. Instead, everyone I ask says they’ve shown up thanks to one specific site: YouTube.

Online, K-pop’s addictive tunes and big-budget videos are raking in billions of streams, making new fans across the globe, and continually breaking YouTube records. Stateside, acts like BTS and Blackpink are becoming red carpet regulars and selling out stadiums, as Monsta X has for the show I’m at in Texas. So how did this genre go beyond South Korea’s borders to the world’s biggest stages? The rapid growth of YouTube is a crucial component, but it’s also the way K-pop is so perfectly packaged to spread on YouTube itself.

“They’re the Olympian athletes of the pop world,” says Steve Aoki, who recently collaborated with Monsta X on the single “Play It Cool.” “They’re trained athletes at what they do. Whether it’s in media training, to their dancing, to their singing. Koreans have mastered that, so everyone else has to catch up, or at least take note and learn.”

The first modern K-pop group, Seo Taiji and Boys, debuted in 1992. But most Americans wouldn’t be familiar with the genre until two decades later when Psy’s “Gangnam Style” became the first video on YouTube to reach 1 billion views in 2012.

“The history of K-pop outside of Korea is really closely tied to the spread of the technology that people use to discover it and to listen to it,” says Kevin Allocca, head of culture and trends at YouTube.

“K-pop is more than just music.”

YouTube started seeing rapid jumps in views of K-pop videos as early as 2011 when views jumped three-fold in a single year to 2.3 billion. Those views were mostly coming from international fans, and that’s still the case today. “If you look at the top 25 most-watched K-pop groups over the past year, 90 percent of the views are coming from outside of South Korea,” Allocca says.

K-pop had its audio-visual formula in place long before YouTube was a popular destination for discovering music, giving the genre an early advantage as YouTube matured. In the ’90s, Lee Soo-man, founder of South Korean company SM Entertainment, developed a branding strategy called “cultural technology” that was meant to create massive hits and “set global trends, from not only music but also costume, choreography, and music video.”

SM Entertainment literally wrote a manual for its employees on how to popularize K-pop artists outside South Korea using these elements. According to The New Yorker, it details things like “the precise color of eyeshadow a performer should wear in a particular country; the exact hand gestures he or she should make; and the camera angles to be used in the videos (a three-hundred-and-sixty-degree group shot to open the video, followed by a montage of individual closeups).”

Those techniques have been honed over time, resulting in modern K-pop videos that are designed to hook people in the first few seconds, even if the person watching doesn’t understand the lyrics. They use things like quick cuts, fast zooms, tons of locations, flashy sets, and, of course, impeccable performances.

Super-sharp choreography has become a hallmark for K-pop, and acts like Monsta X develop new routines for every single music video. This isn’t your normal choreography, either. Seeing a group perform complex moves with razor-like precision is mesmerizing to watch. Because it’s so important, songs are often written with this in mind. “As I’m working on the drop, I want to imagine these guys dancing to the song,” Aoki says of his collaboration with Monsta X. “Because 50 percent of the song is the visual part of it.”

“They’re the Olympian athletes of the pop world.”

Monsta X member I.M says the videos also make each song easier for “the audience to understand,“ which helps them connect with a broader set of viewers. “K-pop is more than just music because we always prepare choreography with the stage song,” I.M says. “That’s why we are preparing music video[s] every single time.”

The formula is working, and it’s allowed K-pop to spread faster on YouTube than any other style of music. “Half of the biggest 24-hour debuts on YouTube are all K-pop groups,” Allocca says. Additionally, he says the top K-pop songs also get almost twice as many likes and five times as many comments as the top songs from other genres.

Once fans are on board, there’s more to draw them in. K-pop acts publish additional content around the music videos for fans to watch, like behind the scenes looks, videos that highlight different members of the group, “dance practice” videos that teach fans the choreography to a song, and videos to learn the chants that you’re supposed to use when you’re at the show. As Simon from Eat Your Kimchi previously told The Verge, “The record labels will actually release a song to the official fan groups before it hits the actual airwaves. The fan groups can memorize a fan chant of a song, so at the actual debut performance of the song they can sing along with it. It’s a crucial part of the marketing.”

The fans also create tons of content on their own for YouTube. They make reaction videos, dance cover videos, guides that give new fans crash courses on groups, and provide lyric translations in other languages. It all helps people access and participate in the K-pop fandom, regardless of language or where they are in the world. “Being a fan at sort of a deeper level with these artists means connecting with them in ways that go beyond just listening to the music,” Allocca says.

The official videos that are produced by the biggest K-pop acts can be incredibly reference-dense, creating a rich mythology for fans to unpack. Some symbols are less concrete than others, so it’s up to the fans to figure out what they all mean, and that’s often done online. “One of the places that these communities can gather is in the comments,” says Allocca, “and they will both be debating things, but they’ll also be sort of pointing out things in the video to each other or giving you a sort of a pathway into something that they’ve noticed to help you appreciate this thing as the work of art that they see it as.”

There are tons of Easter eggs in the English-language video for Monsta X and Steve Aoki’s “Play It Cool,” for example, including the words “Airplane Mode” appearing in Korean, a reference to lyrics in the Korean-language version of the same song. But many of Monsta X’s other videos go even further. They’ve had videos tease out stories dealing with time travel, societal reform, and the seven deadly sins, which have led to tons of fan theories being hashed out in YouTube comments.

Before streaming and social media, music was largely curated by a select few in the record industry — entities like radio DJs, labels, and critics. Now, it’s curated by the masses, by fans who can pick and choose exactly what they want to see and listen to. “It’s a very big platform,” says Monsta X’s Minhyuk. “And, K-pop isn’t just the music.” I.M nods in agreement. “It’s really easy to get inside of that channel and watch whatever you want,” he says. “You can see some video what is related with that video, too. So I think it’s really important to us.” “Everything is available,” chimes in bandmate Kihyun. “There’s no limit.”

People discover music differently now, and K-pop makes the most of this on YouTube. Online platforms allow people from all over the world to dictate what is popular and to connect — not just with the artists but with each other — in new and often meaningful ways. “I’m surrounded by non-Koreans singing Korean,” Aoki says. “I love that a nondominant language is becoming a force. I’m glad I’m part of this day and age where I can be part of that process and help push that out there to the world. Because the world’s much bigger than just English.”

I.M smiles as he talks about the future. “We hope the world gets ready for us.”