Rian Johnson’s Knives Out breaks the mystery genre, then rebuilds it 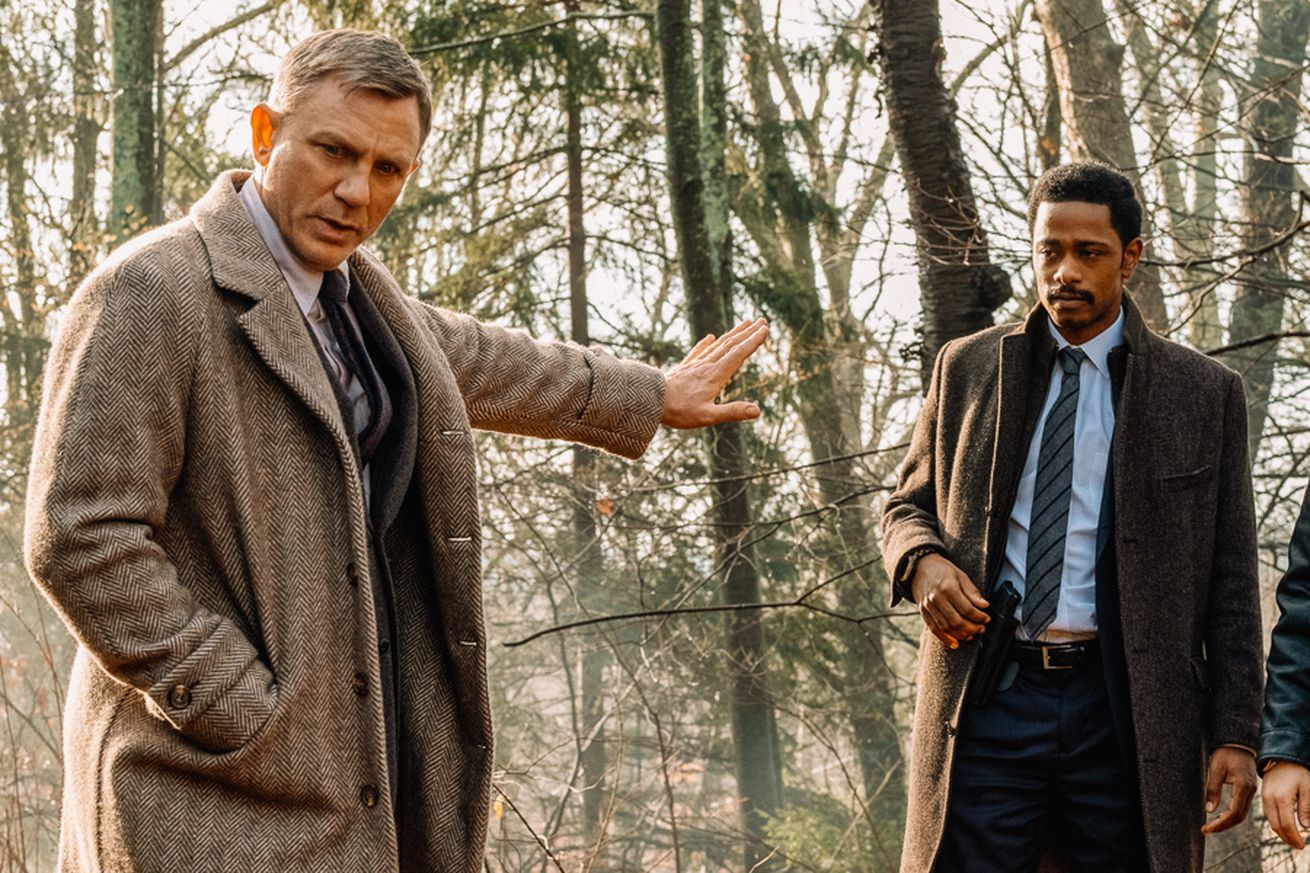 Welcome to Cheat Sheet, our breakdown-style reviews of festival films, VR previews, and other special event releases. This review comes from the 2019 Toronto International Film Festival.

It shouldn’t come as a surprise to anyone that director Rian Johnson can handle a murder-mystery. Before he entered the franchise world with Star Wars: The Last Jedi and before he was lined up to create his own Star Wars trilogy, he launched his feature-film career with the terrific 2005 neo-noir Brick, which channels the familiar rhythms and language of 1940s detective fiction into a modern California high school. Johnson’s latest film, the family ensemble comedy-mystery Knives Out, is a long way off from Brick’s cheeky genre mashup. But it acknowledges the history and tropes of murder-mysteries in the same way, while telling its own distinctive story.

The difference is that where Brick is an ode to Dashiell Hammett and his followers, Knives Out is a blend of an Agatha Christie detail-oriented household murder-mystery and an Alfred Hitchcock twisty whodunit. The results aren’t as innovative and startling as Brick, but thanks to a lively cast and ambitious, unusual construction, they’re still a lot of fun.

Sleuth murder-mystery. Christopher Plummer stars as Harlan Thrombey, an extremely successful thriller writer with a household full of backbiting, self-righteous kin. When he turns up dead the morning after a contentious family gathering — one where he had shouting matches or strained confabs with multiple Thrombeys — the police investigate. But lead detective Lieutenant Elliott (Lakeith Stanfield) seems suspiciously eager to write off Harlan’s slit throat as a particularly dramatic form of suicide. Private investigator Benoit Blanc (Daniel Craig) thinks otherwise.

It’s nominally about the question of who killed Harlan and why. Craig plays Blanc with a drawling Southern accent and a warm patience that’s exactly the opposite of his haunted, hateful James Bond. Johnson sets up the investigation and the characters at the same time, with a terrific interview montage that establishes the household tensions.

Stuck in the middle is Harlan’s meek nurse Marta (Ana de Armas, Joi from Blade Runner 2049) who vomits uncontrollably if she tells a lie — a bad medical condition to have during a murder-mystery where everyone she works for has some sort of secret. Circling around her are Harlan’s adult children, their spouses, and their adult children, with characters played by Jamie Lee Curtis, Michael Shannon, Don Johnson, Toni Collette, Riki Lindhome, Katherine Langford, Jaeden Martell, and especially Marvel Cinematic Universe star Chris Evans, as the family’s black sheep and resident troublemaker. Johnson’s screenplay inevitably reveals, Agatha Christie-style, that virtually everyone in the house had at least some motive for murder. The only question is whodunit.

WHAT’S IT REALLY ABOUT?

It’s mostly about playing with genre conventions and structure. Fairly early on, Johnson provides a sequence that covers the hows and whys of Harlan’s death. Naturally, there are a few minor omissions, and anyone who automatically spends their movie-watching time trying to get a little ahead of a screen story is going to wonder how important those omissions are. With the mystery apparently solved, Knives Out asks, why is the story still going?

Part of the answer is in the details — everyone’s grievances with Harlan and their relationships with each other. Part of it is in their individual responses to his death. There’s a strong comedic streak throughout Knives Out that resembles nothing as much as the 1985 Jonathan Lynn movie Clue, with outsized characters / caricatures running around yelling their agendas in each other’s faces. (At one point, one of the investigators wryly says of Harlan’s huge, baroque, weapon-filled house, “Look around. The guy practically lives on a Clue board.”) But mostly, it’s about the structural experiment of seemingly solving a murder-mystery in the first act, then seeing how that affects the second two acts.

It lacks Hitchcockian tension or Christie-level dignity, but it’s funny, surprising, and intriguing in the way it flips the usual murder-mystery script. As a central point of view character, Marta is a little on the bland side: de Armas ably makes her sympathetic and soulful, but she’s so sincere and well-intentioned that she’s automatically less of a screen-claimer than any of the Thrombeys. After a trailer campaign that mostly centered on the ensemble trading cutting one-liners, it’s easy to want much more of Curtis, Shannon, and Evans facing off over the family legacy, rather than Marta numbly navigating her boss’s death.

But maybe that’s because Johnson sticks to the action, where Marta is central and doesn’t spend too much time on superfluous character comedy. For such a sprawling picture with such a large cast, Knives Out winds up feeling lean and efficient as it hops from one revelation to another, and from quiet personal confrontations to what one character dubs “the dumbest car chase of all time.” The character business is lively — Evans is clearly having a ball getting to play a profane, selfish wastrel after eight years of being squeaky-clean Captain America — but the film is more about the endless sense of discovery as the clues pile up and each new scene changes the composition of the last.

Johnson finds ways to raise, then defang, the genre staples of murder mysteries

And Johnson finds ways to raise, then defang, other staples of the house-mystery genre, including the reading of the will (featuring Frank Oz as Harlan’s lawyer) and the inevitable “detective gathers everyone to reveal the killer” scene. He repeatedly nudges toward what looks like convention, then swerves off the rails.

With that in mind, Craig emerges as the ensemble’s MVP, largely because his drawling amusement at the way the story unfolds gives the audience such a clear model for their own reaction. Blanc has no idea who hired him to investigate — he was retained via a note and an envelope full of money — and he clearly regards that mystery as yet another heady, enjoyable quirk in an already-strange story. While he plays the character as a kind of Southern-fried Sherlock Holmes, all smug superiority and casual assumption of his own intellect, one of the many mysteries of the film is whether he’s a good investigator or, as Marta says at one point, a terrible one.

The genre dictates Blanc should be a world-class thinker and deducer. But nothing can be taken for granted in Knives Out, except a satisfactory conclusion that wraps up the loose ends. That’s one of Johnson’s few full nods to convention, but it’s a necessary one. This much lively genre-play is exciting in its unpredictability, but it would all add up to nothing if the mystery itself wasn’t so tightly constructed. That much, at least, Knives Out has in common with Brick.

WHAT SHOULD IT BE RATED?

It got an R due to a little blood, a little pot-smoking, and “language throughout,” which is to say there’s some profanity. For people who don’t share the MPAA’s rigid rules about four-letter words, a PG-13 would suffice.

HOW CAN I ACTUALLY WATCH IT?

Knives Out will be in wide theatrical release on November 27th, 2019.