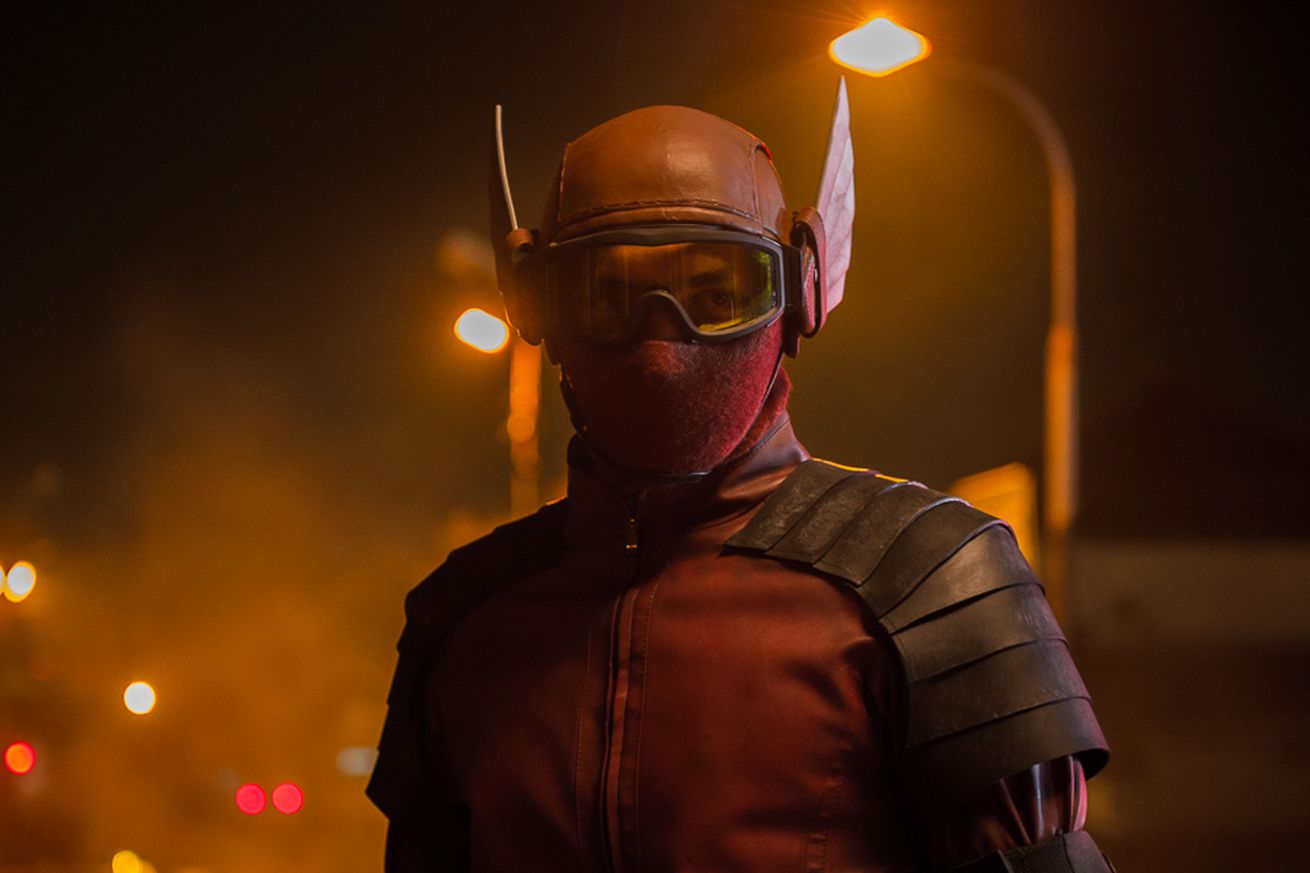 Welcome to Cheat Sheet, our breakdown-style reviews of festival films, VR previews, and other special event releases. This review comes from the 2019 Toronto International Film Festival.

Everybody working in genre movies these days wants their own long-running franchise. The financial success of the Marvel Cinematic Universe, which has brought in billions worldwide for Disney and Marvel Studios, has become a kind of holy grail for other film studios, which keep trying to design their own series of interconnected films, generally with limited success.

The latest arrival on the scene comes from an unexpected source: Indonesia, where the studio Bumilangit is openly out to create a “Bumilangit Cinematic Universe,” drawing on a library of more than a thousand comics characters to create an interconnected superhero world. The first installment in the intended series, Gundala, lays out the company’s intentions: it’s a crowd-pleasing action film, full of martial-arts battles and special effects, and it’s packed with bizarre storylines that run right up to the edge of comedy. As a kickoff, it’s a winning effort.

Superhero origin story. It takes nearly the full run of the film before the title character, lightning-powered martial-artist hero Gundala, is actually named. But that’s because the name is tied into a bigger history and a bigger narrative. Even by the end of the story, he isn’t fully aware of it. He’s just come into his powers, after all, in a world that seems to lack superheroes until he arrives.

Young Indonesian slum-dweller Sancaka learns early in life that attempts at heroism get people killed and that it’s best to suppress his urges to help the helpless. His father, a union organizer, is murdered as part of a brutal crackdown on factory workers demanding fair wages. His mother disappears, apparently abandoning him. He winds up homeless on the streets of Jakarta where attempts to defend people weaker than himself nearly get him beaten to death. He learns martial arts and self-defense from another young street-dweller, but he also learns a few indelible moral lessons. His idealistic father had a saying: “If we see injustice and do nothing, then we’re no longer human.” But as Sancaka grows up, he embraces a new mantra: “Mind your own business.”

At the same time, it’s hard to avoid the violence in Jakarta where corruption reigns supreme, and the population mostly seems to consist of roaming bands of thugs armed with sticks. (As a prepubescent boy, Sancaka fights gangs of kids armed with sticks. In adulthood, mostly what changes is that the sticks get bigger, the antagonists get bigger, and the fights get more elaborate.) Most of the local politicians are under the sway of the ruthless mob boss Pengkor who brutally murders anyone who openly defies him.

But eventually, Sancaka lets himself get drawn into a community battle involving his pretty neighbor Wulan and her younger brother. That turns into a larger fight, inevitably involving bands of thugs who have to be dispatched with increasingly creative martial-arts techniques and Sancaka’s newfound lightning powers. From there, Sancaka runs up against Pengkor’s schemes, and the two men head toward a final face-off.

WHAT’S IT REALLY ABOUT?

Like so many would-be franchise-starters, it’s about putting pieces on the board. In a Q&A after a screening at TIFF, writer-director Joko Anwar said Gundala is the first film in a planned initial cycle of eight, which will be made through 2025. The eighth of those films, Patriots, is planned as an Avengers-style crossover, bringing the heroes together. He says Bumilangit Studios has the rights to more than 1,100 Indonesian comics characters who are going to be used to build a vast interconnected universe.

Gundala reveals those intentions in the usual franchise fashion: by overstuffing the story with setups that may not pay off for years. In one subplot that’s barely connected to the main story, one of Pengkor’s allies sets out to resurrect an ancient evil who’s familiar with Gundala and who references the “great war” that’s coming. A secret superheroine named Sri Asih pops up at a crucial moment, much like Wonder Woman in Batman v Superman. A number of loose ends toward the film’s close seem potentially designed to provide more heroes or villains. As Anwar explained during the Q&A, Gundala’s strength as a hero is in his charisma and his ability to unite people. His origin story is compelling, but he’s also being used as a rallying point to pull together a future band of heroes.

It’s certainly stylish. At the Q&A, Anwar discussed how the film was shot across five cities and 70 locations over the course of 50 days — a shooting schedule so tight that, at times, he had to use motorbikes to zip from one set to another because he had to oversee multiple sets simultaneously. As a result, the many martial-arts battles were typically rehearsed once, then shot in one take, typically in about two hours per battle scene. The rush doesn’t show on-screen, though: the fight scenes are slick and intense, with an escalating sense of danger and a fair bit of variety. Anwar’s camera gives the combatants just enough distance to make it possible to follow the fights. There’s a minimum of camera trickery here, and a lot of startlingly adept, balletic physical action.

The cast is personable and relatable. Muzakki Ramdhan, the young boy who plays Sancaka in childhood, is particularly effective, both as an actor and as a budding martial artist. Abimana Aryasatya, who plays him in adulthood, is alternately soulful and hard, and he proves equally adept with physical action and the few forays into Stephen Chow-style martial-arts comedy — particularly as Sancaka’s friends start testing his superpowers, mostly by hurting him to see whether he shrugs off blows to the head or heals rapidly afterward. The film could use a little more of that style of humor. It’s mostly unrelentingly grim, with a clear message about the desperate situation of struggling honest workers in Jakarta. It keeps the stakes high, but it’s still a surprise and a relief whenever the film cracks a wry smile for a second.

For American audiences trained on Marvel movies, the biggest stumbling point with Gundala will inevitably be the pacing. There’s a lot of focus on essentially unimportant side characters here, and a fair bit of various groups quietly musing at length about authority, morality, corruption, and responsibility. There is an astonishing number of odd subplots, too, ranging from a secret society of assassin orphans to a serum that selectively destroys fetal brain tissue, ensuring that affected infants will be born with no moral center. There’s a murderous violinist, a Javanese sorcerer, a severed head preserved in a block of glass, and a defiant hotshot legislator who wants to fight back against Pengkor. All this business may sound hilarious and bizarre, and it is, but it does inevitably draw the focus away from Sancaka’s story, which sometimes seems secondary next to the political chicanery and the bigger picture of the franchise’s intentions.

WHAT SHOULD IT BE RATED?

There’s an awful lot of violence against children in this movie and a fair bit of death, but it’s not particularly gory or intense. It’s primarily a martial-arts action-adventure. PG-13 will do it fine.

HOW CAN I ACTUALLY WATCH IT?

Gundala had its Indonesian premiere in August. The producers are currently seeking international release deals.