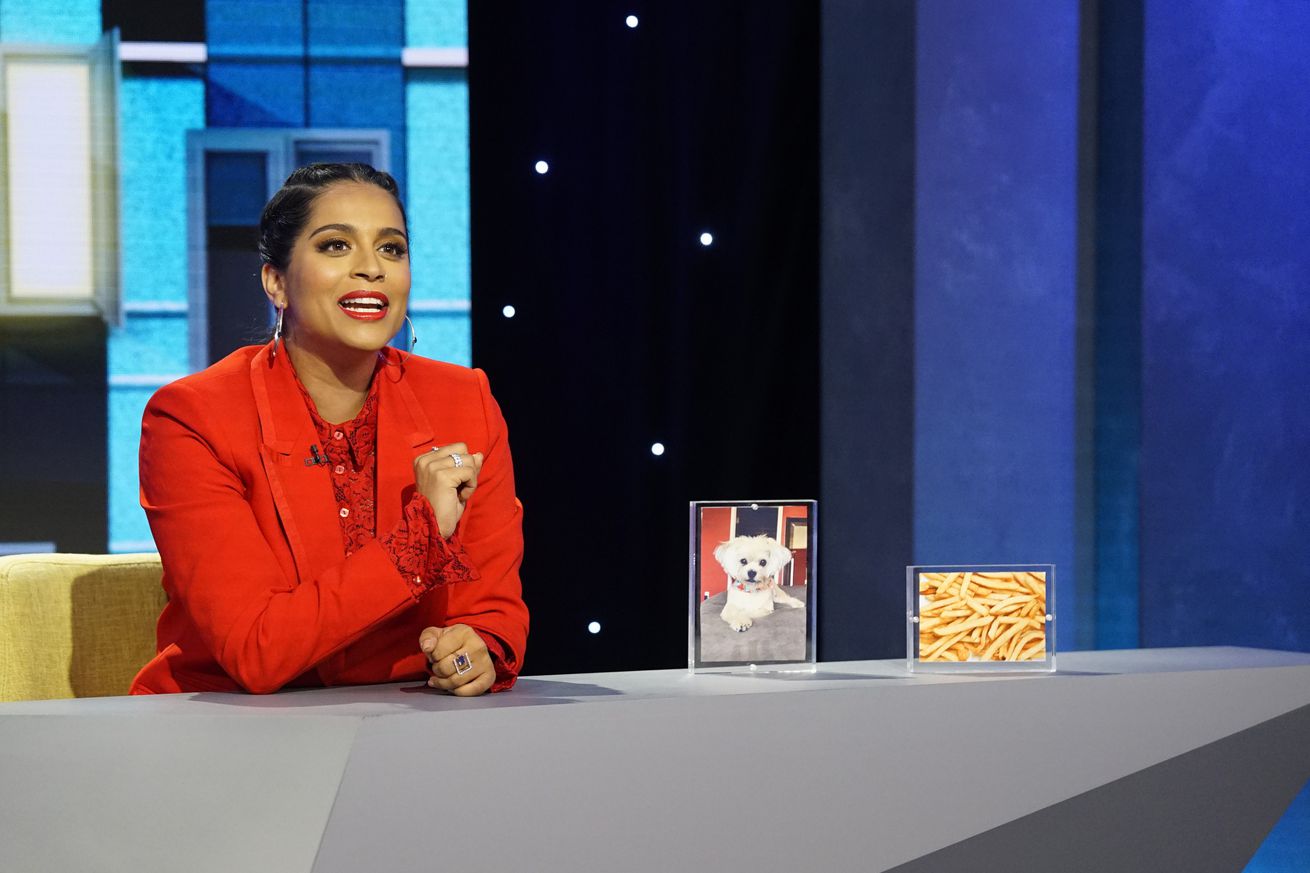 Lilly Singh is the first queer woman of color to get her own late night talk show on a major network, and at 30, she’s one of the youngest late night hosts in NBC history. That she’s also the first YouTube creator to land such a coveted gig is just further proof of how network television is relying on a younger, diverse, and more online pool of talent to remain vital and relevant in the ever shifting world of entertainment.

Singh doesn’t want people to forget who she is and where she came from. Last night, the debut episode of her show, A Little Late with Lilly Singh, opened with a video starring Singh rapping about not being like the “other Jimmy’s” on late night right now. The video, which is similar to the rap parodies that helped make her a star on YouTube so many years ago, acts as a reminder that she’s different from what network TV has relied on for so many years — she’s a YouTuber.

Amid waning viewership, networks are learning to go where younger audiences are. Late night hosts create sketches designed to play perfectly on YouTube. There’s lip syncing, musical covers, funny challenges, and even “story time” plays that hosts like Jimmy Fallon and James Corden have become known for producing. Even the way in which late night interview segments are later distributed on YouTube — in chunks and by specific topics — is a strategy many YouTube creators have used.

Singh isn’t a classic choice for late night, and that’s the point. She doesn’t come from performing seasons of Saturday Night Live, an acting background, or even from an MTV series like her colleagues do. Instead, she has the type of dedicated fan base that will tune into every new video she publishes. Her world is YouTube, and that’s exactly what NBC needs. Singh not only has the best idea of what will work on YouTube after doing it for more than a decade, but also comes with a built-in audience of 14 million fans. Applying her YouTube expertise to late night, and building that brand even more, is what NBC is leaning into.

“YouTube was a huge fuel for late night, and late night really leaned into YouTube with some of them doing web exclusives,” Stephen, who goes by his first name for his analysis channel Coffee Break, told The Verge. “Especially if late night wants to appeal to a younger audience. YouTube is the main place where you want to be.”

Late night television is more popular now than it’s been in years, with a spike following the election of Donald Trump, but ratings are still slipping. Jimmy Fallon’s Tonight Show lost 9 percent of its viewership last season, according to Vulture. Jimmy Kimmel’s Jimmy Kimmel Live! dropped by 10 percent. Even Stephen Colbert, who saw one of the largest growths in viewership between the 2016 election and now, is also seeing a decline in viewers. It has less to do with Colbert, Kimmel, or Fallon’s talents, and everything to do with how people are watching late night today. As Vulture’s Josef Adalian noted, “younger viewers are fleeing network (and cable) TV at a far faster clip than audiences over 50.”

Singh is a step in a more modern direction for NBC, a network that’s seen firsthand what going viral and being part of the day-to-day conversation can do for boosting late night’s presence. Fallon’s Tonight Show is consistently mentioned in Vulture late night recaps, and interview clips can feel ubiquitous on YouTube’s Trending page. Seven percent of content on YouTube’s Trending page is regularly dedicated to late night, according to a study on 18 months of Trending data that Stephen of Coffee Break conducted earlier this year.

“It’s insane when you think of it,” Stephen said. “Every time you clicked on the Trending tab, if there were 100 videos, roughly seven of them were late night show clips.”

Singh’s show will carry some of the classic late night staples. There will be a monologue and interviews with guests. She’ll have a desk where she sits and a house DJ. But Singh isn’t trying to appeal to the same audience who might tune into Stephen Colbert to catch his biting political commentary. She's largely staying away from day-to-day politics altogether. Instead, Singh is going to lean into what makes her special — and what found her a YouTube audience so many years ago.

That means more sketches and monologues about topics other late night hosts can’t touch, like what it’s like to grow up in Canada with immigrant parents from India. It may not be as appealing to middle America as Fallon or Corden (something she acknowledges in her rap video and monologue), but it’s uniquely her. Bringing that type of authenticity to the show, and staying true to the person her YouTube fans know her as, is vital to maintaining her audience online.

Appealing to a growing online audience is also something NBC wants to try, and it’s part of why they picked Singh for the 1:35AM ET time slot formerly occupied by Carson Daly. “We use this 1:35AM slot as a creative playground for someone to build a show that we know isn’t a linear ratings play — this is a relevancy play, this is a digital play,” George Cheeks, NBC Entertainment co-chairman, told the Los Angeles Times.

Network executives have been rethinking their approach to late night TV since the early 2010s. Jimmy Fallon helped usher in a new era of YouTube-friendly content in 2012 when he launched his channel, and other shows, including Jimmy Kimmel Live!, followed suit. By 2015, NBC and ABC signed deals with YouTube that would allow them to sell pre-roll ads on their various late night clips, ensuring additional monetization. YouTube suddenly became an important business play. In 2016, channels like Fallon’s were seeing north of 250 million views a month, thanks to collaborations with celebrities like Ariana Grande. Late night hosts and their teams stopped thinking of YouTube as an afterthought.

Going from being on YouTube to working with YouTubers was, seemingly, the next logical step for a network. Singh, someone who might have helped a video from Fallon or Kimmel perform better in the past, is now at the center. It’s a testament to Singh, and YouTube’s status as a star maker, that NBC is ready to take this leap, but it won’t come without some push and pull on both ends. NBC knows how to run a successful late night show, but Singh knows what people on YouTube want when they click on a video.

“When you go into network TV and there’s a bunch of people telling you how you should be, there’s a reason that doesn’t work.”

There will be some struggles along the way that come with going from creating for YouTube to broadcast networks, including heavier restrictions. Singh recognizes that it’s something she doesn’t have to “deal with on my YouTube channel,” as she told the Los Angeles Times. Still, if she’s successful, it could present an opportunity for other YouTube creators looking to jump into mainstream projects.

Balancing both live and online audiences will be crucial to the show’s success; it’s not going to be a ratings blockbuster at 1:35AM, but it can be a YouTube hit. What makes YouTube creators so beloved among their fan bases is different from what people like about traditional comedians and actors. As Singh told the Los Angeles Times, “the reason us creators are so successful on YouTube is because we’re very authentic.” If NBC wants Singh to bring her audience to late night, the message is clear on her part: let her be.

“When you go into network TV and there’s a bunch of people telling you how you should be, there’s a reason that doesn’t work,” she said.