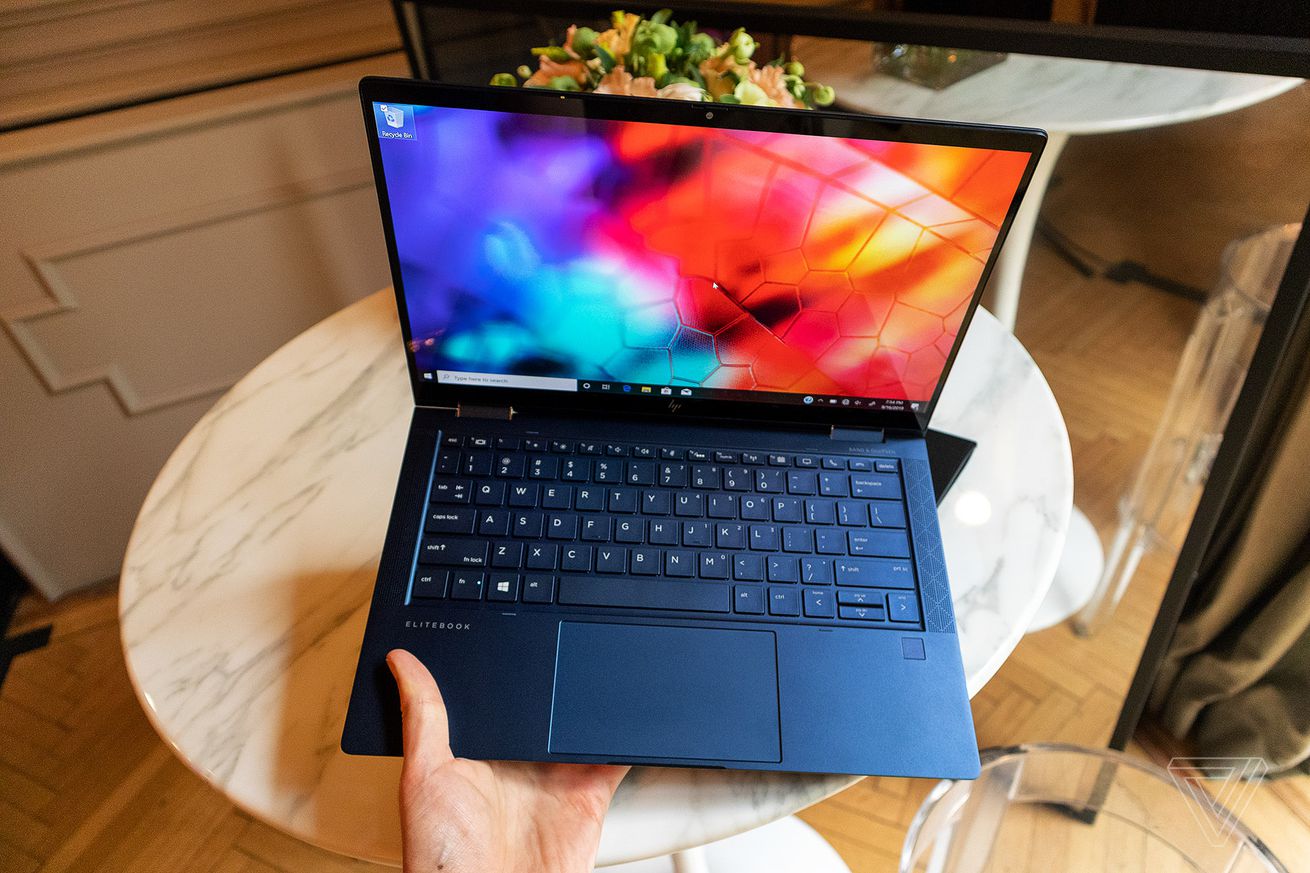 Photo by Cameron Faulkner / The Verge

HP’s latest EliteBook, the Elite Dragonfly, doesn’t look like a business laptop. It comes in a shade of deep blue, and its lightweight magnesium build looks and feels more like a premium consumer laptop than something made for the commercial industry.

The 13.3-inch Elite Dragonfly weighs less than 1 kilogram (2.2 pounds). It’s far lighter than HP’s previous EliteBooks, light enough to carry with one hand. HP is clearly trying to take on other feather-light competitors like the LG Gram. And even though it doesn’t weight much, the machine doesn’t feel cheap, and it’s stuffed with ports and features.

This is a 2-in-1 laptop, so it can bend 360 degrees, in case you want to use it as a tablet or write on its display. It supports active styluses, but they’re sold separately. Around its sides, you’ll find two Thunderbolt 3 ports (either of which can charge the laptop), a USB 3.1 Gen 1 port, an HDMI port, a 3.5mm headphone jack, and a Kensington lock. Its 720p webcam sits above the display (complete with a hardware shutter for privacy), and it supports Windows Hello. There’s also a fingerprint sensor on the palm rest, if you want more than one method of authentication at your disposal.

The Elite Dragonfly has an 8th Gen Intel Core U-series vPro processor that, according to Intel, is “enterprise class, but consumer-friendly.” According to its spec sheet, the range of CPUs available to pick from starts with the Intel Core i3-8145U at the low end to the Intel Core i7-8565U, though all options have Intel UHD Graphics 620 integrated graphics. This machine can be configured with up to 16GB of dual-channel LPDDR3 RAM, and 2TB of NVMe SSD storage, though the entry model ships 8GB of RAM and a slower 128GB M.2 SATA drive.

Other features include support for the recently launched Wi-Fi 6 (802.11ax), which allows for 5x faster internet speeds than 802.11ac. You can opt for 4G LTE if you want; HP has added 4x4 antennas to that model (two on the top bezel of the display and two surrounding the palm rest), which should vastly improve transfer speeds compared to the 2x2 antenna arrangement on the HP EliteBook x360 1030, its previous model.

Because these are business systems, HP offers other customization options as well. If you’re willing to forgo the 1kg weight for longer battery life, you can opt for a “performance” 56Wh battery that extends the run time from 16.5 hours in the default “lightweight” 38Wh battery to 24.5 hours. Both batteries support HP’s Fast Charge feature, which can bring them up to a 50 percent charge in 30 minutes.

The default display is an FHD screen with 400 nits of brightness that only requires 1W of power. You’ll get the best battery life with that one, but if you need a sharper, brighter screen, HP also offers a UHD display with HDR support and 550 nits. If privacy is important, you can elect to get HP’s Sure View display that digitally limits the viewing angle to prevent snoopers from seeing what’s on your screen; it supports 1,000 nits and comes in FHD resolution.

HP’s new Elite Dragonfly will start at $1,549 when it begins shipping in November.