Are these the first smartwatches built around Google’s new $40 million tech? 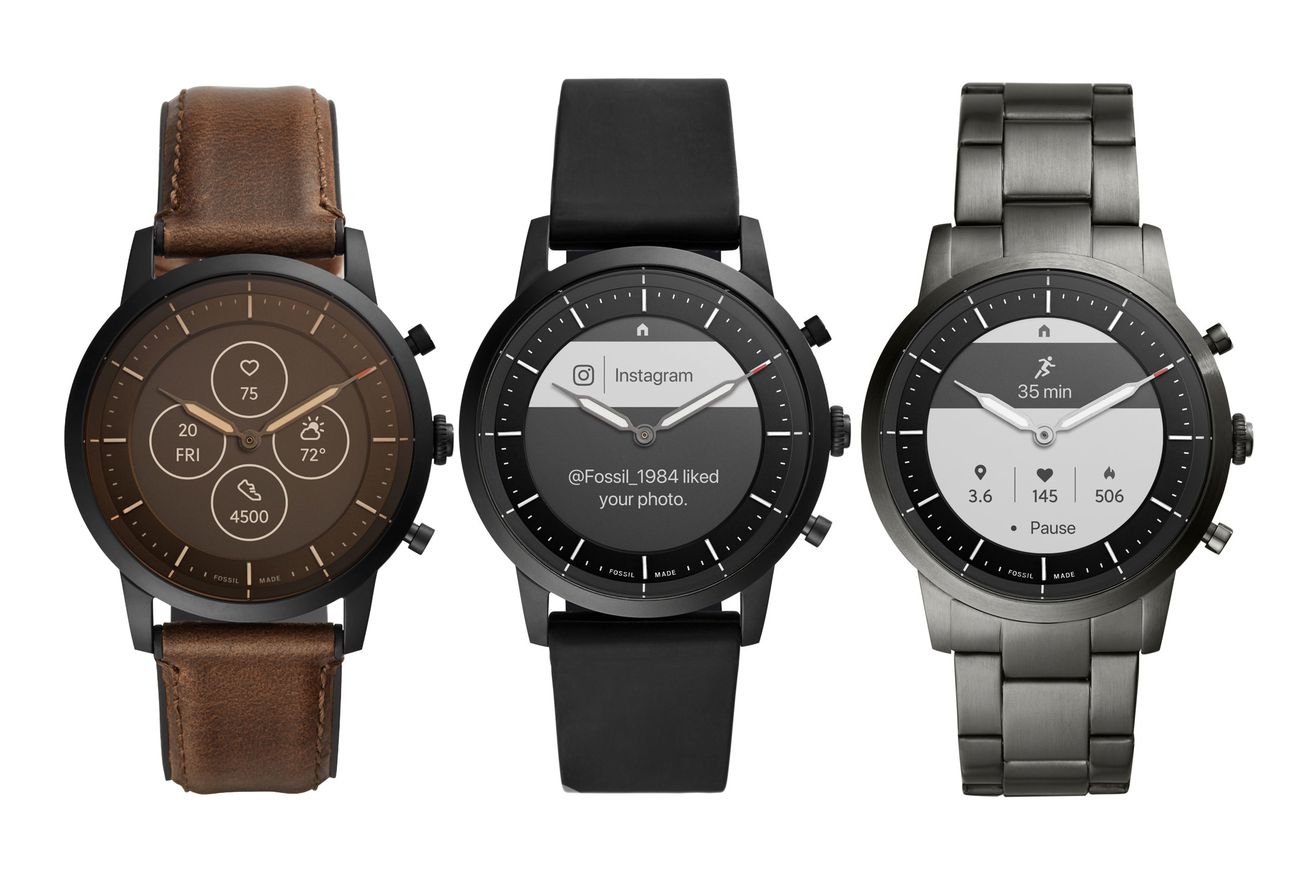 Remember how Google paid the Fossil Group $40 million for its secret smartwatch tech and R&D personnel? At the time Fossil and Google told Wareable that Google had acquired “new product innovation that’s not yet hit the market,” that would sit within the Wear OS family. Well, this may be our first look at that product. Pictured above are three hybrid wearables that go by the name “Fossil Collider DIANA Smartwatch,” currently available for preorder from a variety of retail sites for around €200 / $220.

The most important word in that name is “Diana.” According to a new report from Wareable, Diana (a blend of “Digital” and “Analogue”) is Fossil’s internal name for the hybrid smartwatch technology that Google licensed. It was originally built by Misfit, a company acquired by the Fossil Group in 2015. According to several sources speaking to Wareable, Diana watches combine physical watch features like mechanical hands with digital elements like displays, which Google now has the rights to build in a variety of combinations.

That brings us back to the Fossil Collider DIANA Smartwatch, initially discovered on Reddit. As noted by 9to5Mac, the complications seen on the FTW7008 watch above for heart rate, weather, step count, and date certainly look like what we’ve seen before on Wear OS devices.

Here’s how the FTW7009 model is described by one popular Dutch retailer:

There’s also a FTW7010 version of the Fossil Collider that lists GPS and Google Pay as additional features, while the FTW7008 model is available with a brown display, which would be a first for E Ink (but still possible). It’s worth noting that retailer specs are notoriously inaccurate.

The fact that these watches are Fossil-branded, despite the Google acquisition does make sense. Back in January, Stacey Burr, VP of Product Management of Wear OS at Google said this to Wareable:

”We saw some technology that [Fossil was] developing that we thought could be brought out in a more expansive way if Google had that technology, and was not only able to continue to use it with Fossil but bring it to other partners in the ecosystem. It’s about bringing great features to the widest numbers of on-the-go consumers.”

In other words, the Fossil Collider series of smartwatches might just be the tip of this Diana-berg. If true, then we can expect to hear more at Google’s October 15 hardware event where the company will announce the Pixel 4 and plenty more.