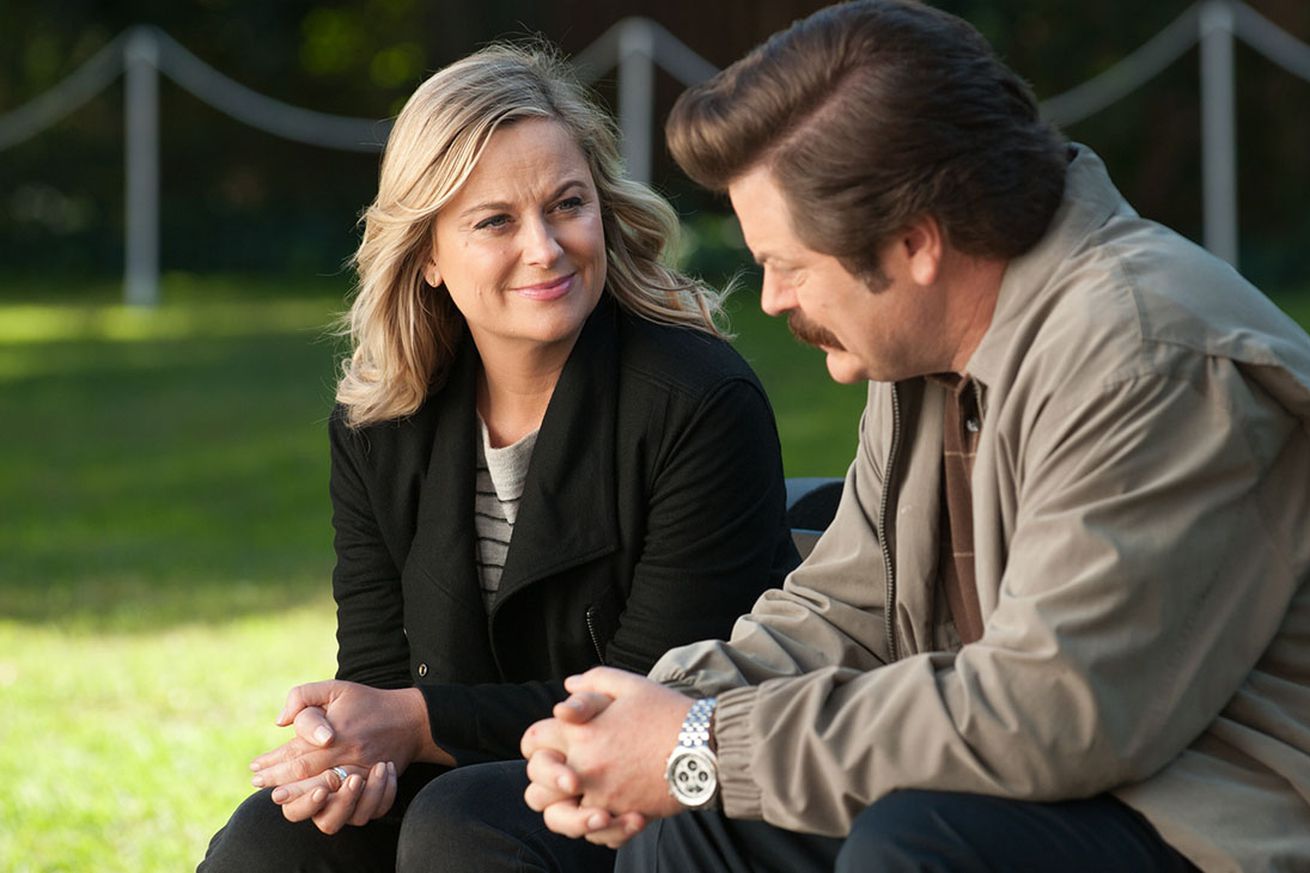 On Tuesday, NBCUniversal announced a name and initial launch plans for its streaming service, Peacock. Preparing to launch with a couple of exclusive titles, including The Office and Parks and Recreation, Peacock is the latest entry in the streaming wars between some of the biggest names in entertainment, including WarnerMedia, Disney, Amazon, and Apple.

The platform’s main draw is its back catalog. It will launch with dozens of adored shows from the ‘90s and early ‘00s, including 30 Rock, House, and Keeping Up with the Kardashians. If you’re streaming those shows today, you’re probably doing it on Hulu. While some of them will stay there, others will end up exclusively on Peacock. WarnerMedia and Disney will also be taking back some of their catalogs as they launch their own standalone services as licensed content dries up across the industry. It’s potentially good news for fans who may be able to get the same shows for less money, but it could spell trouble for broader services. Hulu, in particular, may have to undergo a radical transformation just to survive.

Think of Hulu as a child of divorce. It was once owned by a number of companies who saw Hulu as their entry point into online streaming, including AT&T’s WarnerMedia, 21st Century Fox, and Comcast’s NBCUniversal. Hulu was a direct competitor to Netflix, letting major networks pull in short-term streaming money without having to worry about running their own services or ceding ground to Netflix.

Disclosure: Comcast, which owns NBCUniversal, is also an investor in Vox Media, The Verge’s parent company.

“Peacock I would say buy; Hulu I would probably hold.”

It might seem odd for huge media conglomerates to join forces like this, but in most cases, they were already collaborating. Take a show like This is Us, which was a 21st Century Fox property, but NBC paid the licensing fees to air it. Putting shows like that on Hulu let both companies make money without anyone worrying too much. And since no one was ready to get into the streaming market on their own, it worked out for everyone.

Now, that logic has changed, and the marriage is splitting up. If studios like NBCU are going to compete with Netflix, Amazon, Apple and everyone else, they’re going to need to launch their own service, which means getting into the messy licensing fights that Hulu was so useful for avoiding. HBO Max, Disney+, and CBS All Access are all launching for the same reason: the real money is in running your service, and without a channel, you’ll be left out.

Hulu went from being in a blended family to having one parent: Disney. That breakup has been in the making for years, starting with Disney buying 21st Century Fox, which gave Disney a 60 percent stake. AT&T then sold its 10 percent sliver of a stake back to Hulu in April, and one month later, Comcast sold its remaining 30 percent stake to Disney, giving the House of Mouse full control.

NBCUniversal and WarnerMedia aren’t completely abandoning Hulu — including Hulu’s live TV service, which is another big aspect of its business — but they’re now directly competing with the service. That means it’s going to be tougher for people to get all of their favorite shows in one place. People who use Hulu to watch Saturday Night Live on Sunday mornings, usually less than 12 hours after it airs, may not be able to do so in three years when NBCUniversal’s licensing deal with Hulu expires. Until then, Saturday Night Live will stream on both Hulu and Peacock, but older seasons of the show may only be available on one.

This is Us is a perfect example of how complicated the streaming wars are going to get for consumers and why Hulu may start to feel less necessary. Under the agreement between NBCUniversal and Disney, which now fully owns Hulu, NBCUniversal properties will continue to run on Hulu for the next five years, but they’ll also run on Peacock. Shows like This is Us will effectively be split between the two services. Older episodes will run on Hulu (at least for the next five years), while new episodes released post-deal will run on Peacock. That means to watch all of This is Us, people will have to subscribe to two services. Or start looking at pirating.

“I think Hulu has bigger issues with Disney and how Disney handles it.”

As a result, many financial analysts now see Hulu as an uncertain bet. “Peacock I would say buy; Hulu I would probably hold,” says Rahul Telang, a business professor who studies the streaming market at Carnegie Mellon, using language analysts and investors often employ to predict the success of a product. “I think Hulu has bigger issues with Disney and how Disney handles it. We don’t know, it’s too early. They might not completely evaporate at all. It all depends on Disney.”

Stephen Beck, founder of management consultancy firm cg42, told The Verge that Hulu’s immediate future will be determined by its original content, not its licensing deals. “I think ultimately as competition gets more fierce, if Hulu doesn’t have something that it owns and is unique, you’re going to see it wither,” Beck said. “Now that the streaming market is becoming more clear, more companies are going to say ‘why would we share?’”

Hulu isn’t doomed, but it’s going to have to start pivoting to more original series — something Netflix realized a couple of years ago. Hulu does have a slate of original series, but it still has fewer than Netflix. Its past connection to the major networks meant subscribers could watch a new episode of a current show 24 hours after it premiered, but people can do the same on Amazon for an additional price. Plus Amazon has a much bigger library. Hulu needs to find something that defines it beyond The Handmaid’s Tale.

It’s not all doom and gloom for Hulu subscribers

Even in places where it shares content with a studio-owned service, Hulu may end up getting outpriced. NBCUniversal is reportedly giving Comcast cable subscribers an ad-supported version of Peacock for free, playing off its parent company’s cable business. Such deals will only grow more common as competition heats up. If Peacock comes in around $7 a month — which is about on par with Disney+ and Hulu’s basic, ad-supported tier — it might be too good a deal to resist, analysts say.

It’s not all doom and gloom for Hulu subscribers, however. Disney has plans for the service, including using it to house content from its subsidiary networks like ABC and Fox, but it also has its eyes on turning it into a possible HBO competitor. Disney CEO Bob Iger has previously spoken about working closely with FX chief John Landgraf to produce more FX originals for Hulu, and even using Hulu as a first-run distribution point for FX series.

“We intend to fully leverage the brand in both traditional and new businesses,” Iger previously said. “There’s ample opportunity for FX to produce more programming, especially for Hulu as we look to expand the streamer.”

But Hulu’s real problem is deeper, as increased competition could make multi-studio streaming channels a thing of the past. “People are going to where the lion share of the content they want to watch resides, and are eventually going to be put into the position of choosing a select few,” Beck said. “There is room for Hulu to play, but I think it’s hard because of the parentage. I think Hulu is going to find itself as a middle child in this situation, and could ultimately be forgotten about.”