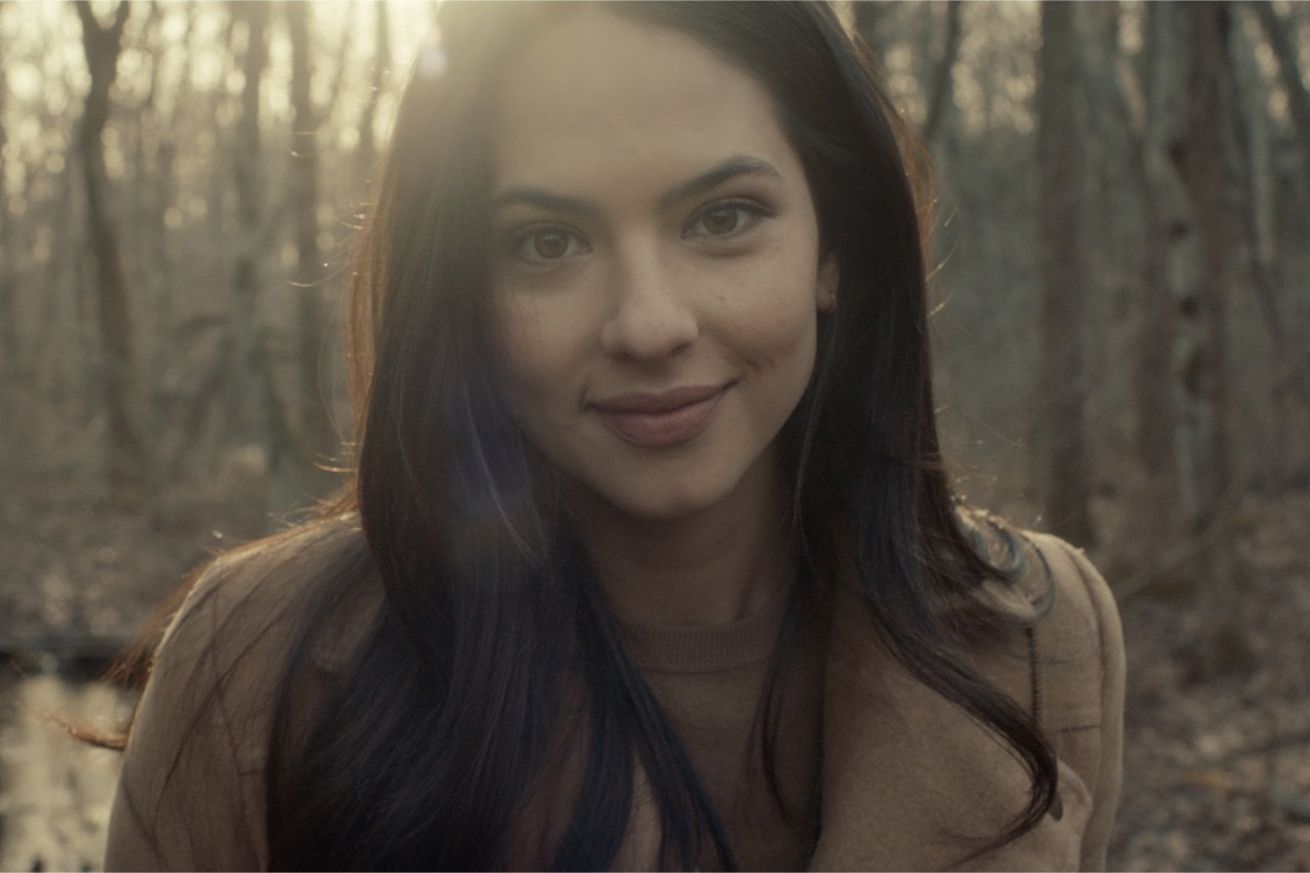 If a time-traveler from just 15 years ago leaped into our present, they’d probably be baffled by a world where it’s socially acceptable to wander around in public, continually staring at glowing rectangular screens. That’s how retiree Felix (Richard Kind) feels in the science fiction movie Auggie as he rounds a corner at the grocery store and sees a middle-aged woman in high-tech glasses, chatting away to a virtual assistant that only she can see.

Felix knows just enough about the “Auggie” virtual companion program to have some frame of reference for what’s going on as she playfully swats the air, teasing her Auggie for encouraging her to indulge in a pint of ice cream. But it’s still a weird, comical sight — until Felix tries on his own Auggie glasses. Suddenly, chatting away with a virtual confidante is the most natural thing in the world. How did he ever live without her?

Though on the surface, Auggie seems to share a lot of DNA with Spike Jonze’s AI love story Her, it bends that DNA toward a different aim. While Her optimistically explored the idea of how AI might develop sentience and build relationships, Auggie never questions whether Felix’s virtual assistant is more than a program. Director Matt Kane and his co-writer Marc Underhill are more interested in what technology has to say about human nature than in how technology itself might realistically evolve. That makes Auggie feel a bit like a feature-length episode of Black Mirror, both for better and for worse. It doesn’t have enough substance to fill its runtime, but it explores some intriguingly thorny ideas along the way.

Felix is gifted his pair of Auggie glasses at his retirement party, although he’s initially too bitter about being forced out of his company to pay them much attention. Later, however, he watches a glossy online tutorial and learns that Auggie analyzes its users’ subconscious desires, then projects the image of whatever they want — whether that’s a personal assistant, a friend, or something more. (Kane absolutely nails the tech world’s aspirational advertisements and sleek packaging.) When Felix slips on his glasses for the first time, he sees a beautiful, doe-eyed, eager-to-please young woman named Auggie (Christen Harper) who’s pointedly much closer in age to Felix’s 20-something daughter Grace (Simone Policano) than to him or his wife Anne (Susan Blackwell).

At first, Felix is surprised and a bit embarrassed by what his Auggie’s appearance suggests about him. She sits somewhere between an Instagram model, a cam girl, and a phone sex operator. On the other hand, since no one can see Felix’s Auggie but him, she represents a low-stakes way to carry out the beginnings of an affair from the comfort of his own home. Kane films their conversations in dreamy point-of-view shots that emphasize the intimate appeal of the Auggie program, which provides an intimate, dedicated companion. But Kane also punctures the illusion with wide shots that remind us that, like that woman in the grocery store, Felix is ultimately just alone in a room talking to himself. (There are some niggling logistical questions about how Felix can hear Auggie, but they’re mostly easy to ignore since the simplicity of the glasses-based technology is so visually appealing.)

In many ways, Auggie is a familiar midlife crisis story dressed up with some light science fiction elements. With Felix’s wife flourishing in her career, his grown-up daughter moving in with her boyfriend, and no job to fill his days, he boosts his ego in the virtual arms of someone young and beautiful. But Auggie also brushes up against bigger questions about how technology isolates people even as it sells the illusion of connectedness. The Auggie system is a flexible metaphor that speaks to everything from the fantasy of porn to the appeal of carefully curated social media feeds. When Felix starts rejecting real-life social events to spend time with Auggie, it doesn’t feel too far removed from someone who cancels plans only to spend the evening scrolling through Twitter or goes out for coffee with a friend but spends the whole time looking at their phone.

At its best, Auggie taps into some appropriately chilling ideas about the pitfalls of technology. When Anne tries on a pair of Auggie glasses, she makes the cringe-worthy mistake of describing what she’s seeing, not realizing it’s a projection of her specific subconscious desires, rather than a preprogrammed image. A scene where Felix’s Auggie encourages him to take their relationship to the next level raises fascinating questions about the intersection of technology and capitalism. Is she actually catering to his cravings or just pushing the company’s latest product, a pair of stimulating underwear called “Auggie Touch”?

Unfortunately, as the film goes on, it’s clear Kane is more interested in exploring the Auggie-as-an-affair metaphor than in unspooling the ethical and technological questions the premise raises. Felix’s life starts to implode in ways that have cropped up on-screen countless times before: he grows distant from his loved ones and misses out on important events because he lost track of time while with his new “girlfriend.” Even at a brisk 81 minutes in length, the film is stretching for time by its third act. Auggie probably would’ve worked just as well, if not better, as a short film.

Still, even where it doesn’t live up to its full potential, Auggie has some appreciably pointed things to say about heterosexual masculine desires. Richard Kind is brilliant casting for Felix precisely because he’s such an amiable presence. For the most part, Felix seems to be a genuinely good guy, which only makes his secret desire for a docile sex object more unsettling. Young, beautiful, and brainless, Auggie has none of the burdensome opinions, feelings, boundaries, or agency of a real-life woman. Though Felix ultimately learns that virtual perfection isn’t all it’s cracked up to be, Auggie raises chilling, perpetually timely questions about what men really want from women.

Auggie will be released simultaneously in select theaters and on VOD on September 20th, 2019.