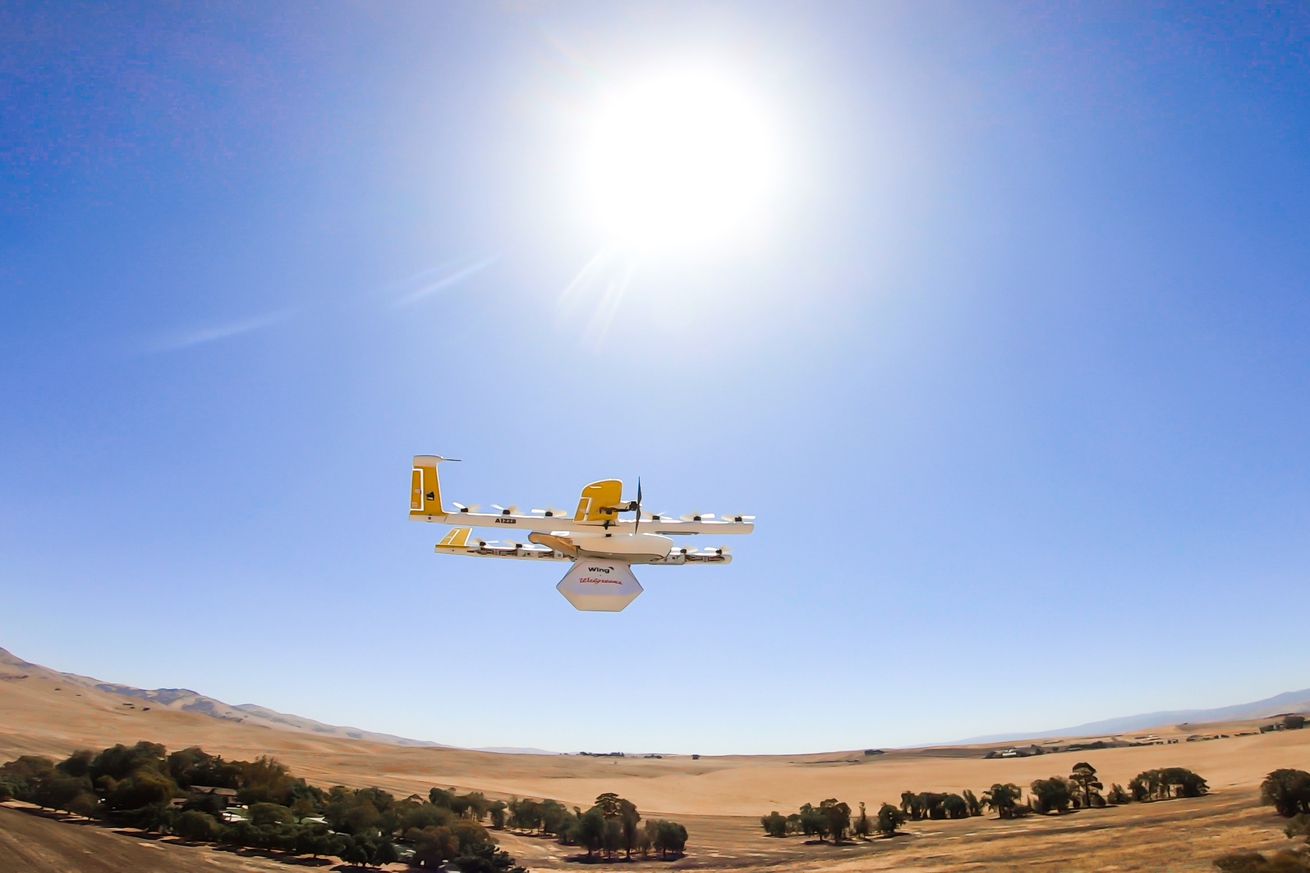 Wing, the drone delivery service that’s an offshoot of Google parent company Alphabet, will launch its first pilot service in Virginia starting in October 2019. The company is teaming up with FedEx, Walgreens, and gift purveyor Sugar Magnolia to deliver health care products, food, and more to residents of the town of Christiansburg in southwest Virginia.

The pilot, which is part of the US Department of Transportation’s Integration Pilot Program, aims to demonstrate the viability of drone delivery, which is still very much in a nascent stage of development. Earlier this year, Wing became one of the first drone operators to be certified as a commercial air carrier by the Federal Aviation Administration, allowing it to autonomously deliver commercial goods to recipients that may be miles away and not in the operator’s line of sight.

So how’s it going to work? Wing says it will deliver over-the-counter medicines and other health and wellness items to Walgreens customers who order them online “within minutes” — which is a pretty bold claim! Walgreens will be the first retail pharmacy to offer drone delivery in the US.

Meanwhile, eligible FedEx Express customers who live Christiansburg’s “designated delivery zones,” and who opt in to the Wing delivery service, will be able to receive some packages via delivery drone. Wing has designed a customized box that its drones will use to transport packages to the homes of intended recipients.

Residents interested in have a drone bearing NyQuil or a box of cupcakes land in their front yard can sign up at http://wing.com/Virginia.

Wing became a full company underneath the Alphabet corporate umbrella last year, alongside the likes of self-driving company Waymo and internet balloon startup Loon, after having previously been classed as an X Moonshot project. In December, Wing announced that it was launching a trial service in Finland where it would offer 10-minute deliveries for free within the country’s capital. Wing also was approved to launch its first public drone delivery service in Australia.