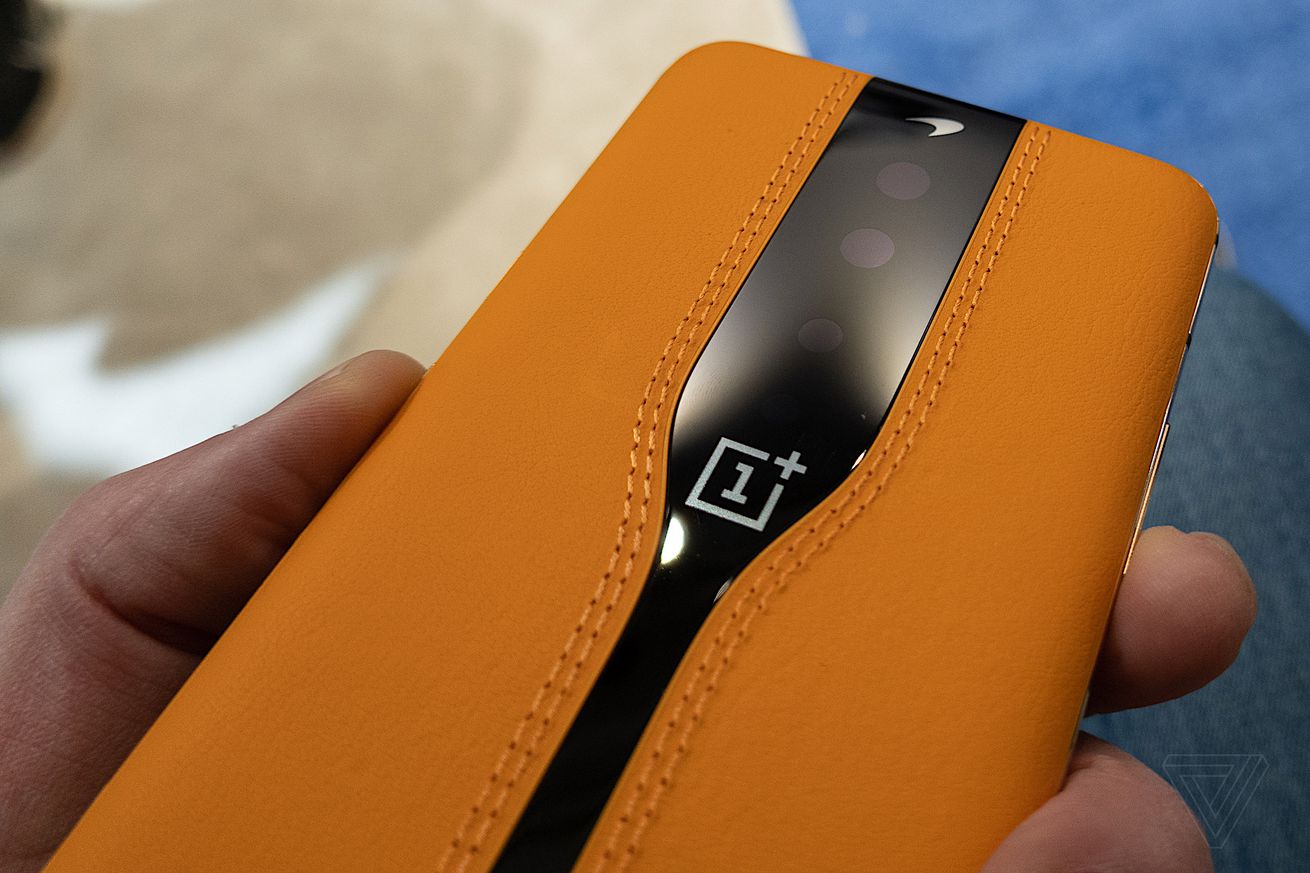 Last week at CES 2020, The Verge’s Nilay Patel and Dieter Bohn sat down with OnePlus CEO Pete Lau on The Vergecast for his first official podcast appearance.

OnePlus debuted a new concept phone, the OnePlus Concept One McLaren Edition, at the Consumer Electronics Show this year, so Lau came on the show to discuss what the design of the phone means for the future of the OnePlus smartphone line as well as his thoughts on newer technologies in the mobile world, like 5G and folding phones.

In the interview, Lau says OnePlus has looked into foldable screens, but the company believes that the upside of foldable tech is “outweighed by the shortcomings or the disadvantages of the current state of the technology.”

Lau is not a native English speaker, so he spoke to us through an interpreter for this discussion. Below is a lightly edited excerpt from that conversation.

Nilay Patel: There are a couple of concepts that other companies are doing. I’m thinking specifically of folding phones. Do you think that’s silly? Do you think it’s not ready yet?

Eric Gass (Pete Lau’s interpreter): Foldable is actually an example of something that we have looked into but not pursued. That’s because, in looking into the application of what’s currently available for foldable screen technology, we haven’t found that the significant advantage or value that’s brought that isn’t outweighed by the shortcomings or the disadvantages of the current state of the technology.

What do you think has to change about the technology to change that ratio?

One point to focus on here in response to the question, if you look at the fold and the current foldable technology devices, it’s very large and not very clean or a very crisp fold. That also currently results in a lot of screen creasing or issues with where the fold is in the screen. This isn’t something that I can accept in products that are built. Only when the technology is able to get to the level where that folds can be really crisp and not impact the screen at where the fold happens is when it could be potentially usable or potentially applicable.

Just to showcase that the Motorola fold is different in that it’s from, I guess, top to bottom versus left to right. But what Pete’s saying is that the fold is still not a clean crease to the degree that he would want in a product that he would make. Even though their application is slightly different, it’s still facing that same challenge for the actual fold part, including the screen material itself. Because it’s a plastic material, its ability to have the scratch resistance of glass just isn’t there yet, either.

It seems like, for many years, with OnePlus, we’ve been talking about cameras. Obviously, every year, more cameras get put on the flagship phones. Are you thinking that you need to spend more time improving the core camera tech? You need to add more lenses? How is that competition shaping out as you compete with the flagship phones but maintain your price advantage?

For us, imaging is an area that we’ve focused very strongly on historically, and one that we’re making very large investments into. I’m not of the perspective that more cameras equals better, but I do see that camera functionality can potentially be improved by certain new camera technology that’s integrated into the device, which sometimes is requiring an additional camera sensor to be added.

But, for example, five cameras on a device ... Pete was questioning, “I’m not sure if that’s what makes sense right now.” But definitely for a focus on software and camera algorithms, that’s an area that we will continue focusing on for improvement.

We will have our own approach. We definitely are very much taking an approach of large investment into both the camera team and the focus on software and algorithms. We have a large imaging team in Taipei and Taiwan. More than that, we’re working with partners who are the best of the best in terms of imaging and algorithms.

One of the reasons I asked is electrochromic glass is expensive, camera sensors are expensive, developing your own algorithms with a big team in Taipei is expensive. But historically, OnePlus has managed to be very, very price competitive. Prices are starting to creep up. Is there a ceiling of how expensive a flagship OnePlus phone would be? Do you think we’d ever see a $1,000 OnePlus phone?

The trend in the industry is that, with more performance and more functionality for devices, it’s increasing the prices for everyone. For smartphones that continue increasing in prices, including ours, is definitely not out of the realm of impossibility. What we want to take as an approach is making sure that we create the best possible product for all users everywhere and still have what keeps OnePlus unique in our model of business that doesn’t focus so much on traditional marketing or where companies might have traditionally very large expenditures. That makes us more efficient. Those operational model advantages are then able to be passed on as savings to consumers at the end of the day.