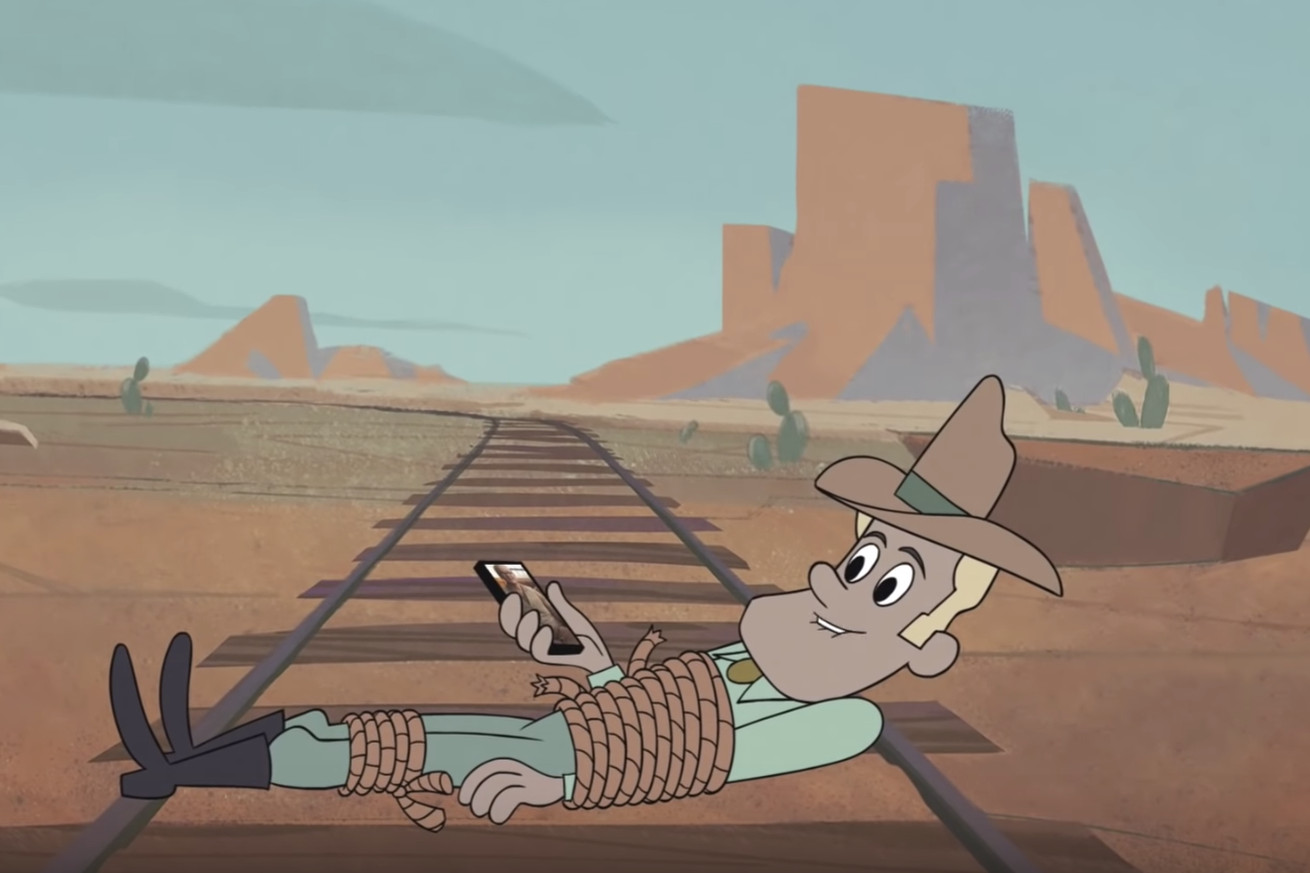 Quibi’s 30-second commercial during last week’s Super Bowl left many people asking: “What the hell is Quibi?” Tonight’s series of ads at the Oscars is Quibi’s best try to answer that question.

There are five ads in total, and all take place in bizarre situations. An astronaut in space nearly out of air; an asteroid about to hit earth; a cowboy being tied to train tracks as a train approaches; and even a zombie outbreak. The concept of each ad essentially boils down to people having time to watch a single Quibi episode, even in the threat of danger, because they’re so short. The ads were uploaded to Quibi’s YouTube account prior to the show.

Quibi, the short form video streaming service from famous Hollywood executive Jeffrey Katzenberg and former HP CEO Meg Whitman, is one of the latest entrants in the streaming wars. Unlike incoming platforms like WarnerMedia’s HBO Max and NBCUniversal’s Peacock, Quibi isn’t looking to compete with Netflix and Disney Plus. Instead, Quibi is looking to compete with social platforms like Instagram, YouTube and TikTok for people’s attention. Its goal is to capture people’s attention they spend on apps like YouTube while waiting for a coffee or on the bus, and sell them on highly produced series that favor quality over quantity.

Many of Quibi’s top shows and movies come from Hollywood’s top studios, and they’ll have the budget to match. Some of those projects will cost hundreds of thousands of dollars to make, reaching as much as $125,000 a minute. That works out to be about $7.5 million an episode — or, about the same as early Game of Thrones episodes. Zac Efron, Idris Elba, Kristen Bell, Chrissy Teigen, Kendall Jenner, Tyra Banks, Steph Curry, 50 Cent, and Avengers: Endgame directors Anthony and Joe Russo all have original Quibi series in the works.

(Disclosure: Vox Media, which owns The Verge, has a deal with Quibi to produce a Polygon Daily Essential, and there have been early talks about a Verge show.)

The biggest issue Quibi is going to face is getting people to sign up. Quibi will cost $4.99 a month with ads, and $7.99 a month without ads. That’s higher than Disney+ and Apple TV Plus, which boast big Hollywood stars and massive franchises. The streamer is teaming up with T-Mobile, but it’s unclear what the deal will look like. Disney partnered with Verizon when Disney+ launched in November 2019, giving Verizon customers a free year of the service.