There are more streaming choices than ever — why are prices going up? 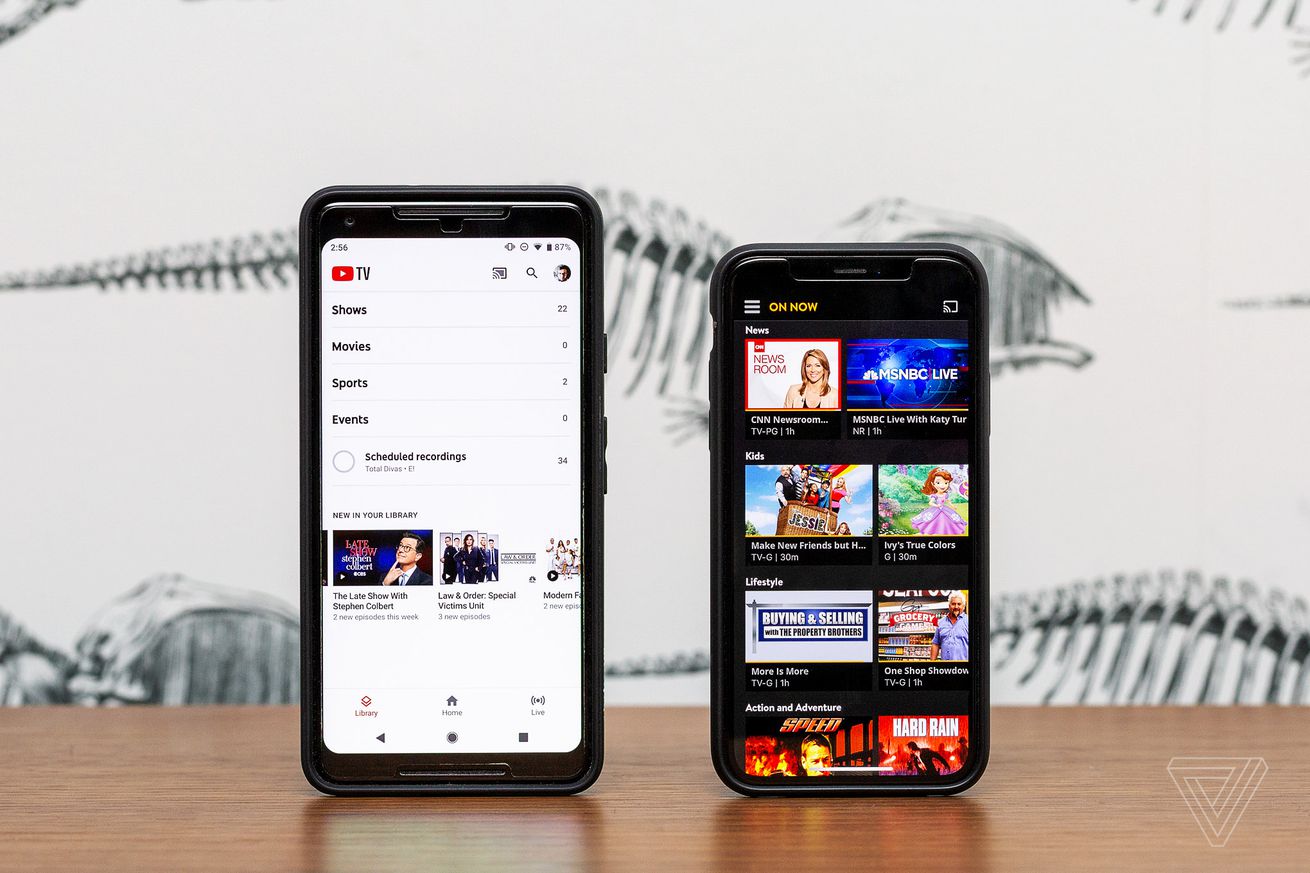 YouTube TV announced yesterday that it’d be raising its prices by 30 percent to $65 per month. FuboTV followed shortly after, announcing increases of its own that put the lowest tier of the service at $60. The first era of internet-streamed TV — the one of cheap, innovative cable alternatives — is over, and what comes next is going to look a whole lot more like the traditional cable services it promised to replace… with prices to match.

Over-the-top internet TV services were supposed to save us from the limited bundles and expensive prices of traditional cable. Big internet companies like Google, PlayStation, and Hulu swooped in to rescue consumers from the archaic TV services of Comcast and AT&T, with better apps and rock-bottom pricing that seemed almost too good to be true.

Turns out, it was.

The latest round of price increases are not without precedent. Prices for every major streaming service have been steadily increasing over the past few years in leaps and bounds as services have added more channels or faced the harsh realities of rising carriage fees for the ones they already offer.

Looking back, it’s easy to see how we got here. Take YouTube TV, for example, which started out in 2017 at $35 per month, offering access to ABC, CBS, Fox, NBC, and roughly 35 cable channels. In 2018, the price went up to $40 per month, as YouTube had to pay to cover the addition of new channels from WarnerMedia like TBS, TNT, CNN, and Cartoon Network. The price went up again to $50 in 2019 as YouTube TV added Discovery’s lineup of channels, and once again this week to $65 with the addition of ViacomCBS networks.

Or take PlayStation Vue, which offered its lowest-tier plan for $30 per month, tried to raise prices over time to cover costs, but eventually had to shut down entirely last year due to the “expensive content and network deals” of the pay TV industry.

Between traditional cable and internet services, there’s more TV competition than ever. But instead of the internet services working to drive prices down by offering better alternatives to cable at a lower price, prices have steadily gone up over the past few years.

The problem lies in the fact that all of these companies — internet TV and cable alike — aren’t really fighting with each other to keep prices down. They’re fighting with content providers like ViacomCBS, Disney, WarnerMedia, NBCUniversal, Fox Corporation, and Discovery, which license out the rights to air their channels to cable providers like Verizon and YouTube TV. And they do not like to license their content cheaply.

YouTube TV, Fubo, Hulu, and the rest may want to offer their original low prices, but they’re at the mercy of carriage fees. The competition that matters isn’t what YouTube and Hulu charge — or even what Optimum and Verizon FiOS charge — but what ViacomCBS’s and Disney’s licensed content costs.

When cable providers and carriers do disagree on prices (carriage disputes), providers generally have very little recourse in fighting back, short of refusing to carry those stations at all in a corporate game of chicken where consumers always lose.

So even as the number of TV services has shot up, the number of major channel owners has become more and more consolidated over the years through acquisitions and mergers. As a result, there’s less and less competition where it counts: on the carrier side that sets the prices.

Streaming services were able to avoid this for a time at the start: those enticingly low price tags were from a time when carriage fees were lower, and companies like Google or Sony could afford to run their services at lower rates of return while they built up a customer base. But as time has gone on, the harsh reality has been that it’s nearly impossible to actually offer those prices long term.

Compounding the problem is that carriers also don’t like splitting up their content. If you’re WarnerMedia, you’d prefer that Hulu and Google pay for all your channels, not just the two or three that they want to offer, which means that those companies in turn have to charge consumers with extra costs.

In a perfect world, you’d be able to select the channels you wanted off a checklist and just pay for those specific channels. And while some streaming services have managed to offer a la carte TV — most notably, Sling TV, which divides its basic packages into Sling Blue and Sling Orange groups with different lineups — even those are effectively the same as regular cable bundles.

For the most part, streaming TV services have been unable to negotiate their way out of the bundle system that’s dominated regular cable for years. YouTube TV has added more channels with each price increase over the years, but they’ve been mandatory additions: there’s no way to opt out of the new ViacomCBS channels and pay a lower price. Everyone is paying for channels they don’t want, as carriers leverage in-demand content to bundle the channels people do want.

It’s not the end of the line for streaming services

It’s not the end of the line for streaming services, though, despite the fact that they’ve been forced into the same content and price model as their traditional competitors. Internet streaming still offers plenty of benefits to help compete with regular cable. It’s far easier to start and stop anytime, so you can just subscribe when your favorite shows or sports seasons are happening. They work on a wide range of devices and don’t require any outdated cable boxes to use. And they can be watched from anywhere with an internet connection, as opposed to requiring hardwired cable lines. Internet services also tend to have better user interfaces and are more equipped to deal with modern perks like built-in DVRs or personalized recommendations.

But for all that, it doesn’t change the fact that all of the internet TV services are still forced to rely on the same expensive carrier fee system that regular cable does. The only real change is that now the prices are starting to reflect that.