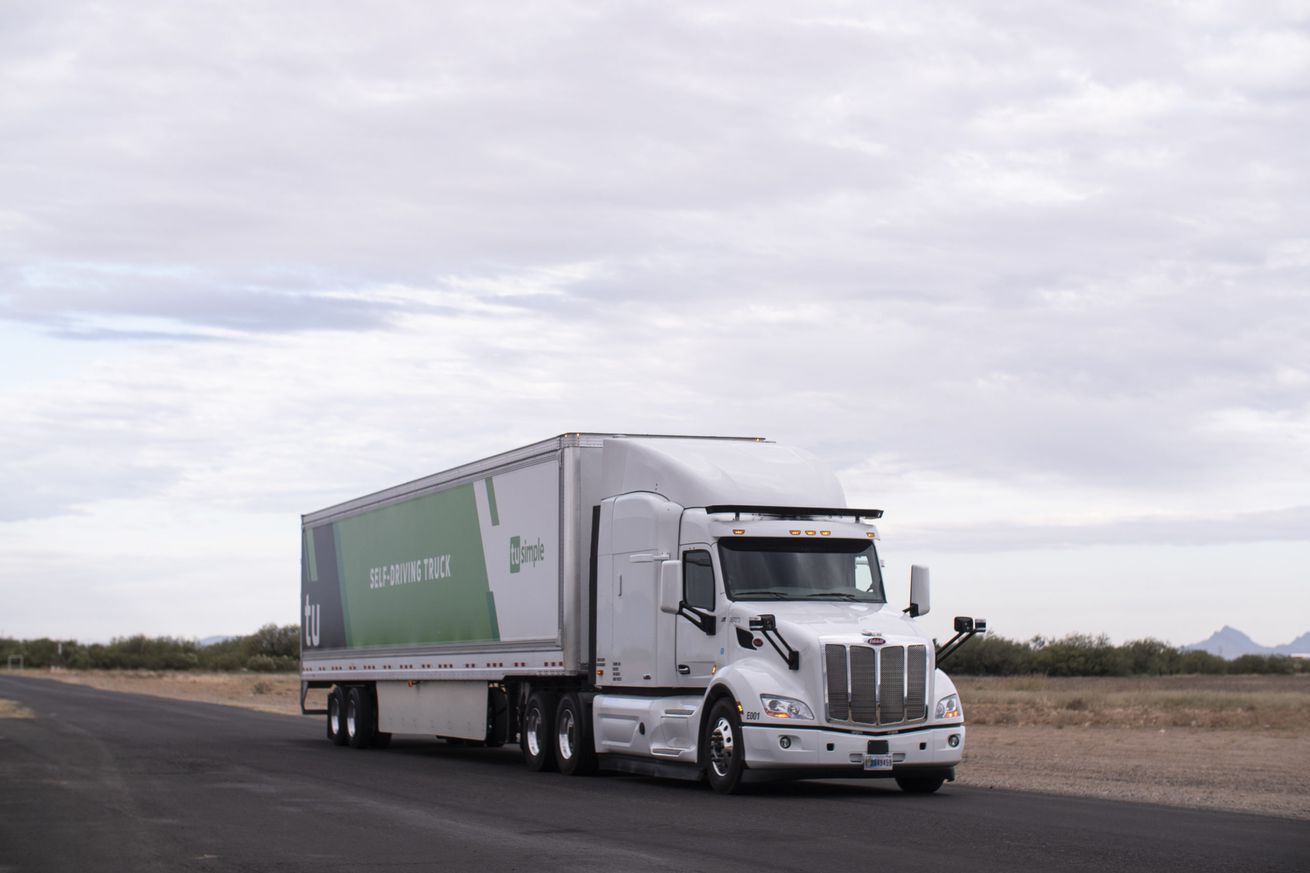 Autonomous trucking startup TuSimple is joining forces with big logistics providers as it seeks to bolster its delivery capabilities. The company announced it will be working with UPS, Xpress Enterprises, Penske Trucking, and Berkshire Hathaway-owned grocery and food-service distributor McLane to lay the foundation for a coast-to-coast autonomous trucking network.

TuSimple aims to be making nearly 100 delivery runs a week, doubling its current number of freight hauls, but the ramp-up will take place over the next four years. The company will start by building on its existing partnership with UPS hauling cargo for it between Phoenix and Tucson, Arizona, adding cities in Texas like El Paso, Dallas, Houston, and San Antonio. This fall, TuSimple says it will open a new shipping terminal in Dallas, allowing the self-driving truck company to service customers in the “Texas triangle.”

Starting in 2022, TuSimple says it will connect the East Coast with the West by offering service between Los Angeles and Jacksonville, Florida. And by 2023, the company will expand operations nationwide by adding major shipping routes throughout the lower 48 states. If all goes well, TuSimple claims it will eventually expand operations to Europe and China.

Founded in 2015, TuSimple uses Navistar trucks outfitted with the startup’s own self-driving tech, which sees the world largely through nine cameras. The company also uses LIDAR, as can be seen in this promotional video:

The startup is already backed by Nvidia and Chinese technology company Sina, and it has a headquarters in San Diego and Beijing. UPS also has a minority stake in the company. But expansions take money — lots of money. Last week, TechCrunch reported that TuSimple hired investment bank Morgan Stanley to help it raise an additional $250 million from investors. Since its inception, the company has raised $298 million with a valuation of more than $1 billion.

TuSimple is aiming for a fully driverless system, but currently its trucks include a human operator to take over driving when needed.

Autonomous trucking is starting to emerge from the shadow of the much larger robotaxi industry, especially as the COVID-19 pandemic continues to cast doubt on the efficacy of shared ride-hailing. Alphabet’s Waymo has been testing its self-driving tractor trailers in Georgia and Texas, and it’s also working with UPS. Other companies, from established players like Daimler to newcomers like Ike, Embark, and Plus.ai, are also working toward a fully driverless truck.

But it hasn’t been smooth hauling for everyone. Uber abandoned its self-driving truck plans after one of its self-driving cars killed a pedestrian in Arizona, and Starsky Robotics recently went out of business after a failed round of funding.