Humans left behind a record amount of e-waste in 2019 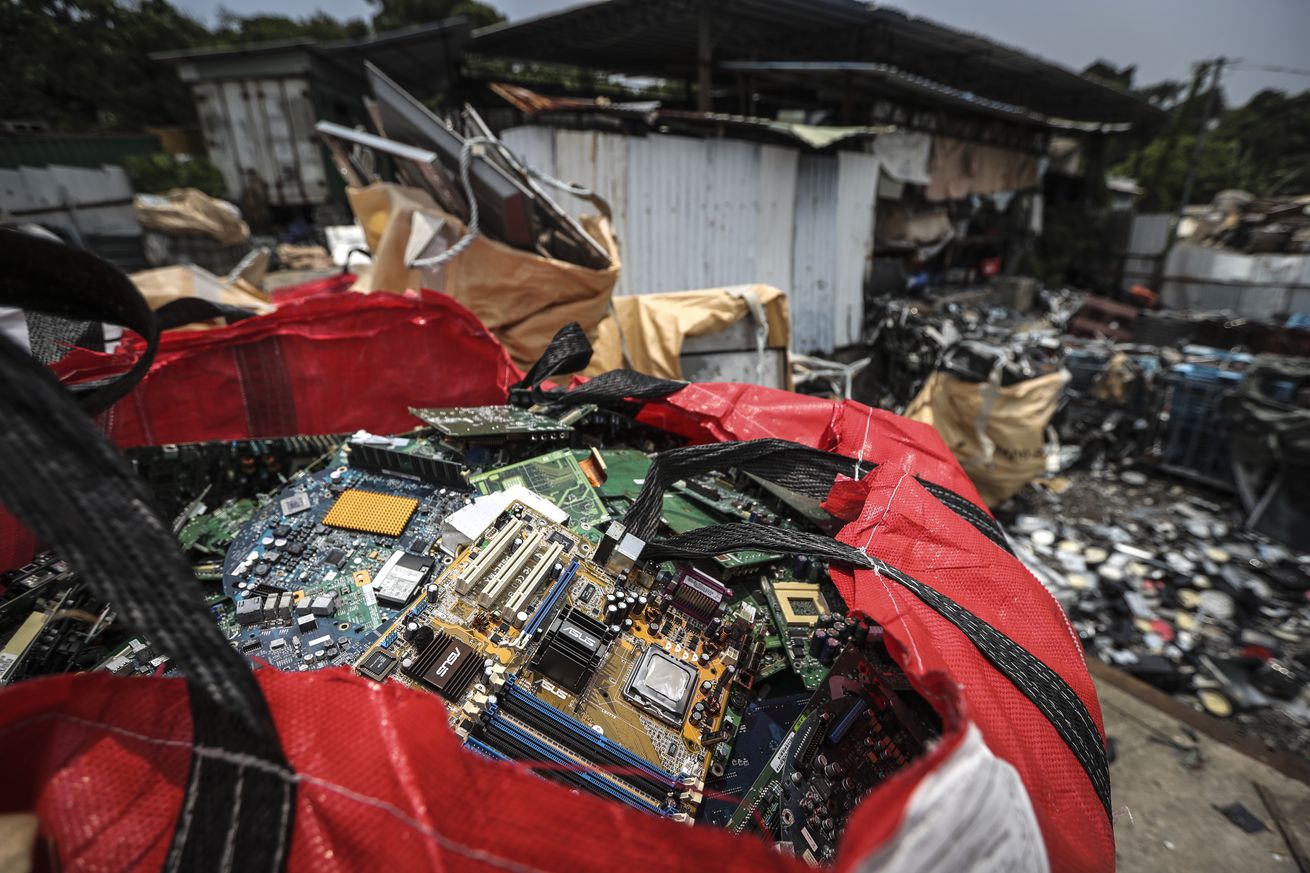 2019 set a record for the amount of e-waste ever generated worldwide: 53.6 million metric tons of discarded phones, computers, appliances, and other gadgets. That’s more than the combined weight of all the adults in Europe. It’s also a 21 percent increase since 2014, according to a new international report.

Just 17 percent of that waste was officially recycled, the report finds. The vast majority of it was either sent to a landfill, incinerated, or vanished somewhere into the bureaucratic ether when officials lost track of it. The report was meant to document global progress on getting a handle on e-waste, authors of the paper say. Instead, they found that the world has backtracked.

Just 17 percent of that waste was officially recycled

They anticipate that the problem will only get worse. The amount of e-waste is expected to almost double from 2014 levels by 2030. That’s a danger to people’s health, according to the report, because the trash can poison people handling it and the surrounding environment.

“We are at the start of a kind of explosion due to increased electrification we see everywhere,” says Ruediger Kuehr, one of the authors of the report and director of the Sustainable Cycles Programme at the United Nations University. “It starts with toys, if you look at what is happening around Christmas, everything comes with a battery or plug. And it goes on with the mobile phones, with TV sets, and computers,” he says.

Kuehr’s team worked with the International Telecommunication Union, the International Solid Waste Association, the United Nations Environment Programme, the World Health Organization, and the German Ministry of Economic Cooperation and Development on the report. This is the third global report produced since 2014.

Fifty tons of mercury lies within all of the e-waste that officials have lost track of, and much of that was likely released into the environment, according to the report. Mercury is a neurotoxin that affects the brain and can impair the cognitive development of children. Millions of pounds of flat-screen monitors laden with mercury were sent by a prominent American e-waste recycling companies to Hong Kong, where it posed a threat to workers tasked with disassembling it without adequate training and gear to protect themselves. The owners of the company, Total Reclaim, pleaded guilty to fraud after a federal investigation.

There’s also lost gold in all that trash: $57 billion worth of gold, copper, iron, and other minerals could be mined from last year’s e-waste alone, according to the report. Making use of that wasted material could also lessen the environmental damage from mining for new minerals.

Small electronics — like video cameras, electronic toys, toasters, and electric shavers — made up the biggest chunk of 2019’s e-waste (about 32 percent). The next largest piece of the pie (24 percent) was made up of large equipment like kitchen appliances and copy machines. This group includes discarded solar panels, which aren’t a huge problem yet but could pose issues as the relatively new technology gets older. Screens and monitors created about half as much trash as large equipment but still amounted to close to 7 million metric tons of e-waste in 2019. Small IT and telecommunications equipment like phones added up to about 5 million metric tons of trash.

Experts expect the demand for electronics, followed by their disposal, to grow fastest in places with a growing middle class. People who couldn’t afford to buy new gadgets in the past are beginning to gobble them up. “It’s a big, big challenge for humankind basically fueled by the fact that there is a growing middle class everywhere in the world,” Kuehr tells The Verge. “There is still a large hunger to [close] the digital divide.”

The growing mounds of e-waste are only getting more complex and more toxic, according to Scott Cassel, who founded the nonprofit Product Stewardship Institute. “Electronic companies do a great job of designing for pleasure and efficiency, but the rapid change in consumer demand also means that they’re designing for obsolescence. So today’s newest, coolest product becomes tomorrow’s junk,” Cassel says.

Seventy-one percent of the world’s population in October 2019 lived under some kind of national e-waste policy or regulation, according to the recent report. “If you look at the very extreme low percentage of recycled e-waste, it is a sign that although these policies and legislation are in place, it doesn’t do so much,” says Mijke Hertoghs, head of the environment & emergency telecommunications division at the International Telecommunication Union. She says more can be done to enforce those policies, while Cassel advocates for stronger legislation.

The exchange of electronics as goods and waste is global. Efforts to keep it from piling up to dangerous levels will need to be global, too, Cassel and Hertoghs say.

“It’s not only that our oceans are filling with plastic. But our land is filling with electronic waste,” Cassel says.