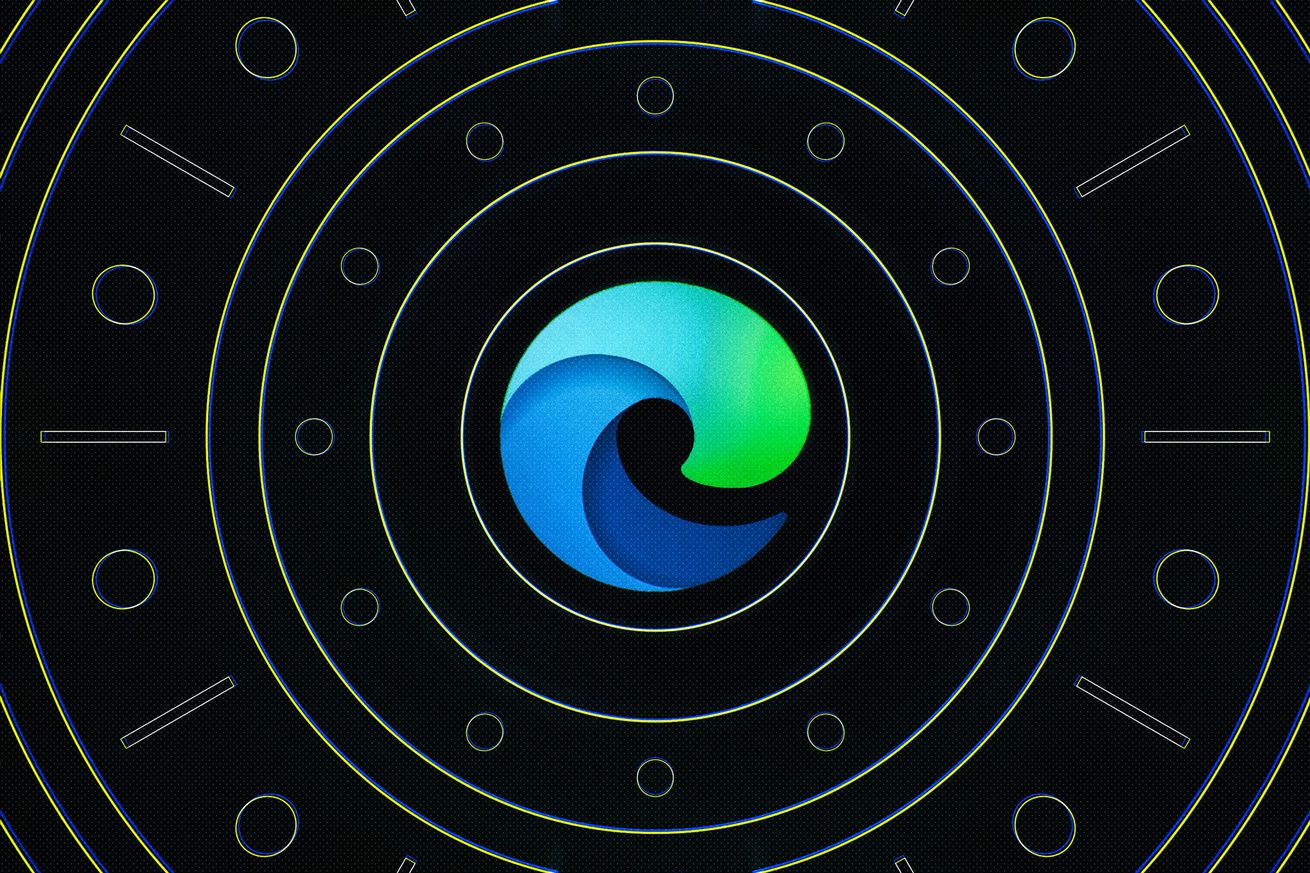 If I told you that my entire computer screen just got taken over by a new app that I’d never installed or asked for — it just magically appeared on my desktop, my taskbar, and preempted my next website launch — you’d probably tell me to run a virus scanner and stay away from shady websites, no?

But the insanely intrusive app I’m talking about isn’t a piece of ransomware. It’s Microsoft’s new Chromium Edge browser, which the company is now force-feeding users via an automatic update to Windows.

Seriously, when I restarted my Windows 10 desktop this week, an app I’d never asked for:

A Windows 10 update forces a full screen @MicrosoftEdge window, which cannot be closed from the taskbar, or CTRL W, or even ALT F4. You must press "get started," then the X, and even then it pops up a welcome screen. And pins itself to the taskbar. pic.twitter.com/mEhEbqpIc7

Did I mention that, as of this update, you can’t uninstall Edge anymore?

It all immediately made me think: what would the antitrust enforcers of the ‘90s, who punished Microsoft for bundling Internet Explorer with Windows, think about this modern abuse of Microsoft’s platform?

*wakes up and discovers they not only decided to install Edge on my computer without my consent but also pinned it to my taskbar* ...no. NO

"We care about your privacy" Microsoft Edge says as it quietly installs on my computer, opens up in the morning, and once more reminds me that Windows 7 sucks and plz update to the other O/S.

But mostly, I’m surprised Microsoft would shoot itself in the foot by stooping so low, using tactics I’ve only ever seen from purveyors of adware, spyware, and ransomware. I installed this copy of Windows with a disk I purchased, by the way. Maybe I’m old-fashioned, but I like to think I still own my desktop and get to decide what I put there.

That’s especially true of owners of Windows 7 and Windows 8, I imagine, who are also receiving unwanted gift copies of the new Edge right now:

If windows 7 isn't supported then why did my Work machine automatically install Microsoft EDGE last night :|

And I’m not surprised that some angry Windows users are already railing against the fact that this came as part of a forced Windows update, which Microsoft has already had a damn hard time justifying without invading people’s desktops as well. It’s going to be harder to buy the argument that forced updates are necessary for security when they’re pulling double-duty as an intrusive marketing tool.

My PC just force shutdown to install Microsoft edge. Losing at least an hour of drawing. Thank you @Microsoft
No one is gonna use you're shitty excuse for a browser, no matter how much you force it.

Windows apparently did an update in the middle of the night and now my fucking document with the notes for Episode 56 are all gone!
It's all good though, I got Microsoft Edge out of the deal so you know, that's good and something I asked for -_-
We'll have it up soon xo

#Windows10 update. Install the update and get MS edge as default browser and propaganda/advert distributer.. And you can't remove it. Dont be fooled. Skip the update. @Microsoft

Heck, we can’t even get Americans to wear life-saving masks in public right now.

Microsoft isn’t trying to hide most of this, by the way: it lays out the so-called “First Run Experience” in this update changelog. So I figured I’d see if the company might say more. Here is a list of questions I sent Microsoft, which the company declined to substantively answer on the record or on background:

The only justifications the company could provide me are that, technically, the new Edge is replacing the old Edge that already comes with Windows 10; Microsoft wants you to use the best, most secure version of its browser; and you can still say no — though in this case, a “no” involves force-closing Edge, reaffirming your default browser choice, and having to spend a minute deleting unwanted junk on your desktop.

Because if I’m being honest, after the initial shock wore off, I found Edge easy enough to ignore. The experience mostly just left a bad taste in my mouth.

Before, I had actually been interested in this new Chromium-based version of Edge! I had been planning to check it out. I’ve been toying with Firefox and Opera for weeks now, considering a potential migration away from Chrome.

Now — as a user, not a journalist — I can’t help but feel like I should ignore Edge on principle. And if there’s a sizable fraction of users who feel the same, somebody inside Microsoft is facepalming hard right about now.