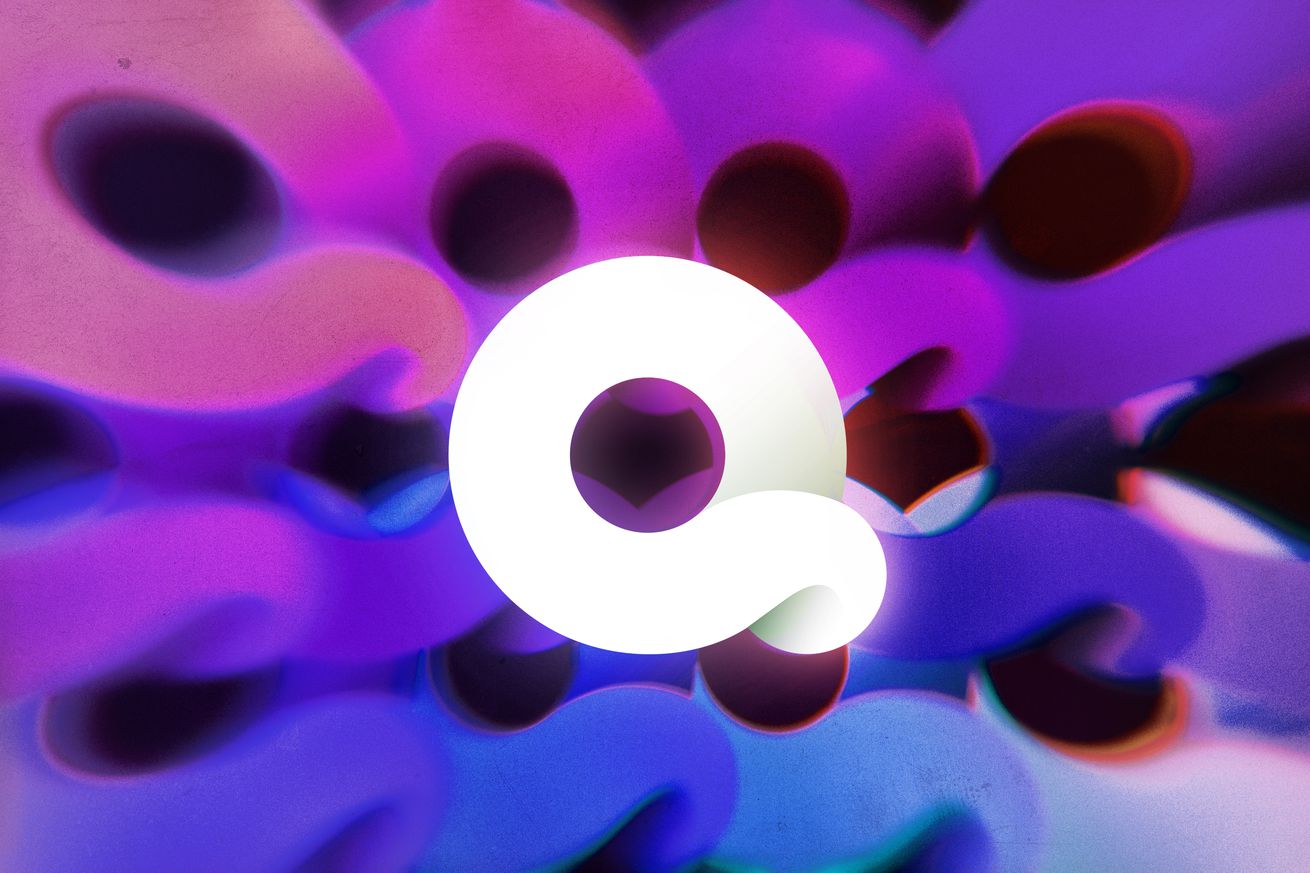 Illustration by Grayson Blackmon / The Verge

After 90 days, Quibi’s free trial period has come to an end. Now, executives at the company have their biggest hurdle yet: getting people to willingly pay $5 or $8 a month for a service that most critics argue lacks exciting shows and flopped on launch.

Quibi, a shortform video streaming service, is supposed to live in between Netflix and TikTok. Its shows are under 10 minutes each and meant to offer a bite-sized way to watch TV. But so far, people haven’t been very interested. A new Vulture profile notes that, by July, only 1.5 million actually signed up for the app, and less than half of those users are likely to start paying for the app now that the 90-day free trial has ended. The trial was offered to anyone who signed up for Quibi before April 20th.

If that’s the case, Quibi could be in serious trouble. But the company still has room to figure things out: it has an estimated $750 million in the bank by the end of this year’s third quarter, according to Vulture. That’s despite growing pressure from some advertisers to be let out of their contracts early, according to The Wall Street Journal. Meg Whitman, one of Quibi’s co-founders, also told Vulture that Quibi’s investors, who helped the company raise close to $2 billion, are “all pretty calm,” adding that they “know we’re a startup.”

Three months isn’t enough to say Quibi is done for, but it’s long enough to say that Quibi needs to take some much-needed steps to figure itself out.

Quibi currently offers two subscription prices: $4.99 with ads or $7.99 without ads. The former puts it on par with Apple TV Plus, and the latter makes it more expensive than Disney Plus — a service that has Hamilton and Star Wars. Unlike Apple TV Plus or Disney Plus, Quibi doesn’t have any breakout shows or movies that people are rushing to watch, nor does it have a catalog of beloved titles that make spending $8 a month an easy choice to make.

A free tier would help Quibi scale its subscriber count and bring people in who might be put off by the price (or risk of getting charged after a trial). Consumers are more likely to open an app and watch an episode or two if they’re not paying for it; once their Instagram feed is cleared and new tweets are read, why not open Quibi? A free tier would act as a bridge of sorts: it would encourage more people to download the app, sign up, and watch videos while Quibi figures out its content plan. Quibi can start testing new pricing models once it finds a hit, but Quibi needs a constant, sizable audience to do so.

Quibi is supposed to live in between Netflix and TikTok

This is easier said than done. In order for a free tier to work, Quibi has to support it almost entirely on advertising. Even more ads need to be introduced, but Quibi then faces a bigger consumer-facing issue: if episodes only run five or six minutes, having 30 seconds or a minute of ads would be bothersome. People pay YouTube to get rid of ads on a similar scale, but YouTube has 500 hours of new content every minute that people already want to watch. Quibi doesn’t.

Still, Quibi’s pricing is an obvious hurdle. Quibi is competing for dollars from people who are already trying to figure out which subscriptions are essential and which ones aren’t. People aren’t going to want to spend $5 or $8 a month on content they don’t care about, but they might get pulled in if the app was free.

Having unrestrictive sharing features would spread content to a bigger audience

Back in April, I wrote that “Quibi’s best content operates on the belief that ‘the more ludicrous, the better,’” but not having a way to share those wild scenes is “detrimental to new shows looking for success.” A couple of viral tweets later, wherein people shared clips of Quibi shows they recorded from a secondary device, Quibi co-founder Jeffrey Katzenberg agreed. He told The New York Times that the service was working on ways for people to share scenes from shows to other platforms, like Twitter or Instagram.

Quibi is preparing for this with an update coming to the app specifically to introduce sharing features. The company’s terms of service state that people can’t screenshot the content, though, leaving people to only share content using Quibi’s sharing tool. It’s not an ideal situation.

Quibi’s best content operates on the belief that “the more ludicrous, the better”

Will the sharing tool have a giant Quibi watermark? Or will there be restrictions on what can be shared? What if all I want to share is a screenshot with a caption, but Quibi only allows for three-second GIFs? We don’t know because the social tool isn’t available yet, but the whole point of allowing people to screenshot is to give them freedom when interacting with the app. That’s what Quibi wants: people to engage and interact with what it’s built, but that doesn’t seem to be what it’s doing.

One of my favorite quotes from the Vulture feature is from a producer who says simply, “If we have a show that’s going to be a huge hit, you pitch to Netflix, HBO. If it doesn’t get traction, you pitch to Quibi.”

Quibi takes projects that no one else seems to want because it needs content — a lot of it and fast. But scaling quickly is playing the short game. Quibi needs its viewers to actually stick around, and that means curating quality properties and forming an identity that people know they’ll get when they open the app.

It took some time, but HBO found its identity. We know Disney movies when we see them, and studios like A24 have made a name for themselves by building a brand around a certain style of film. People pay $15 a month for HBO (perhaps now HBO Max) because they know what they’re getting from an HBO subscription. We can’t say the same thing about Quibi. When Whitman was asked what she liked to watch, the executive told Vulture she wasn’t sure she’d call herself an “entertainment enthusiast,” but she likes Grant on The History Channel. Note that even the CEO of Quibi didn’t say a Quibi show.

Quibi is a new company. Giving the team the benefit of the doubt, they need more than three months to figure out their identity. But right now, it feels like Katzenberg & Co. are throwing loose spaghetti noodles at the wall, waiting to see what sticks and what comes crashing down. All of the money Quibi spent on securing Hollywood A-listers and developing titles — can you name five Quibi series or films right now? I can’t.

There are a couple of steps Quibi can take. First and foremost: get rid of the Daily Essentials programming. (Disclosure: Polygon and Vox, which share the same parent company as The Verge, both produce Quibi Daily Essentials.) People using their phones are also on Twitter, Instagram, and Facebook. They’re getting their daily news briefs from apps that cater to that need and quick bursts of entertainment from TikTok or Instagram. Even Katzenberg told the Times that “The Daily Essentials are not that essential.” Second, stop trying to compete with Netflix and HBO by going after projects they likely rejected. The big movies split into 20 or so chapters are more frustrating than they are worthwhile.

Where Quibi shines is the midtier shows, many of which fall into the reality TV category. They’re absurd, fun, easy to pick up, and the perfect length. There are scenes I want to screenshot and share (see point two), and it’s what I gravitate toward when I do open the app. As Lorraine Ali wrote at the Los Angeles Times, Quibi’s Shape of Pasta is an “example of what works best on the platform, which is quirky, unscripted fare.”

All of this stems back to the top of this piece: no one at Quibi seems to know what they want Quibi to be. Until they take time to figure that out, Quibi will continue flailing. Quibi isn’t something people need, and it doesn’t appear to be something they want, either. Until Quibi can figure out the latter issue, which will help with making people feel like they need to have it, it’s just another Go90 waiting to happen.