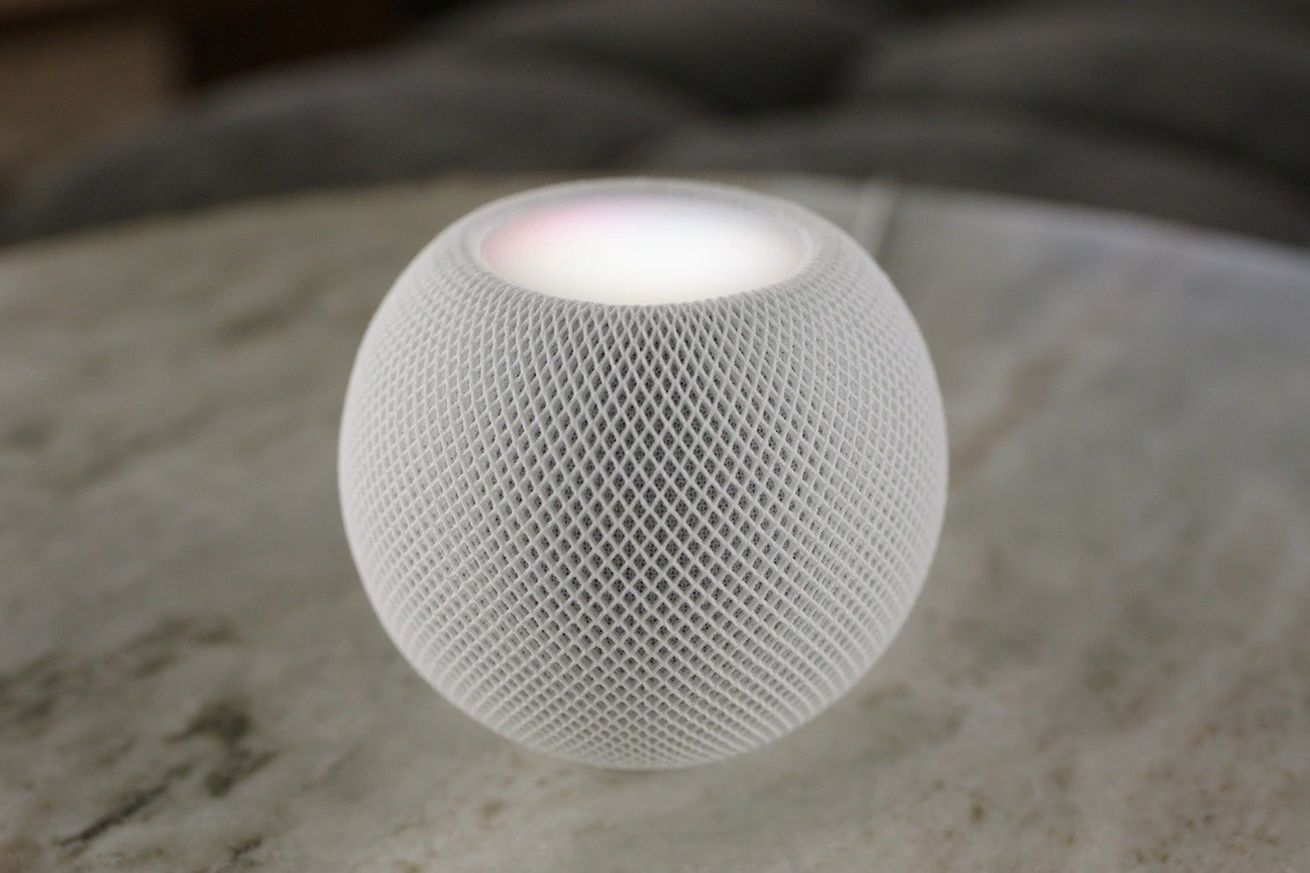 Apple has announced a new version of its HomePod smart speaker, the $99 HomePod mini — a smaller version of the speaker that shrinks down the original model into a more compact size.

Like the full-size HomePod, the HomePod mini still features a mesh fabric exterior in both black and white colors, along with a small display on top to show the Siri waveform and volume controls. The new model is more of a short, spherical shape, however, instead of the oblong design of the original, and features one main driver, two passive radiators, and an “acoustic waveguide” on the bottom.

The new HomePod mini features an Apple S5 chip, which Apple says allows for “computational audio” processing to adjust how your music sounds 180 times per second. Multiple HomePod mini speakers can also play music in sync, and “intelligently” create stereo pairing when placed in the same room. Apple is also using the U1 chips that it debuted in last year’s iPhones to create a better Handoff experience later this year.

Also coming later this year: Apple’s promised support for third-party music services, a list that will include Pandora, Amazon Music, and iHeartRadio — but notably, not Spotify.

Apple also debuted a new “Intercom” feature that allows for customers with multiple HomePod devices in different rooms to communicate throughout the house. Intercom messages will also appear on connected iPhones, iPads, and Apple Watches (although they won’t immediately play out loud, like they do on the HomePod mini.)

The original HomePod cost $349 when it first launched in 2018, making it far more expensive than any of Amazon’s Echo or the Google Home speakers. That high price, combined with the Apple-only limitations of the original (which only worked with Apple Music, a problem that Apple is only now fixing with iOS 14 this fall), made it a tough sell, especially when compared to cheaper and more capable Google and Amazon alternatives.

And while Apple would eventually go on to cut the price of the original HomePod (it now routinely costs $199 on sale), it’s still pricey. The new HomePod mini should help change that by offering similar features to the original but at a far more palatable price point.

That’s a big deal, too, because the HomePod isn’t just a smart speaker — it serves as a central hub for any HomeKit devices, enabling users to control things like their lights or doors when they’re not at home, as well as enabling automation features for Apple’s Home app. A more accessible HomePod doesn’t just provide more ways for Apple to get Siri and Apple Music into people’s homes, it helps expand Apple’s entire presence as part of your smart home setup.

The HomePod mini will cost $99. Preorders start on November 6th, with shipping on November 16th.

Developing… we’re adding more to this post, but you can follow along with our Apple iPhone 12 live blog to get the news even faster.