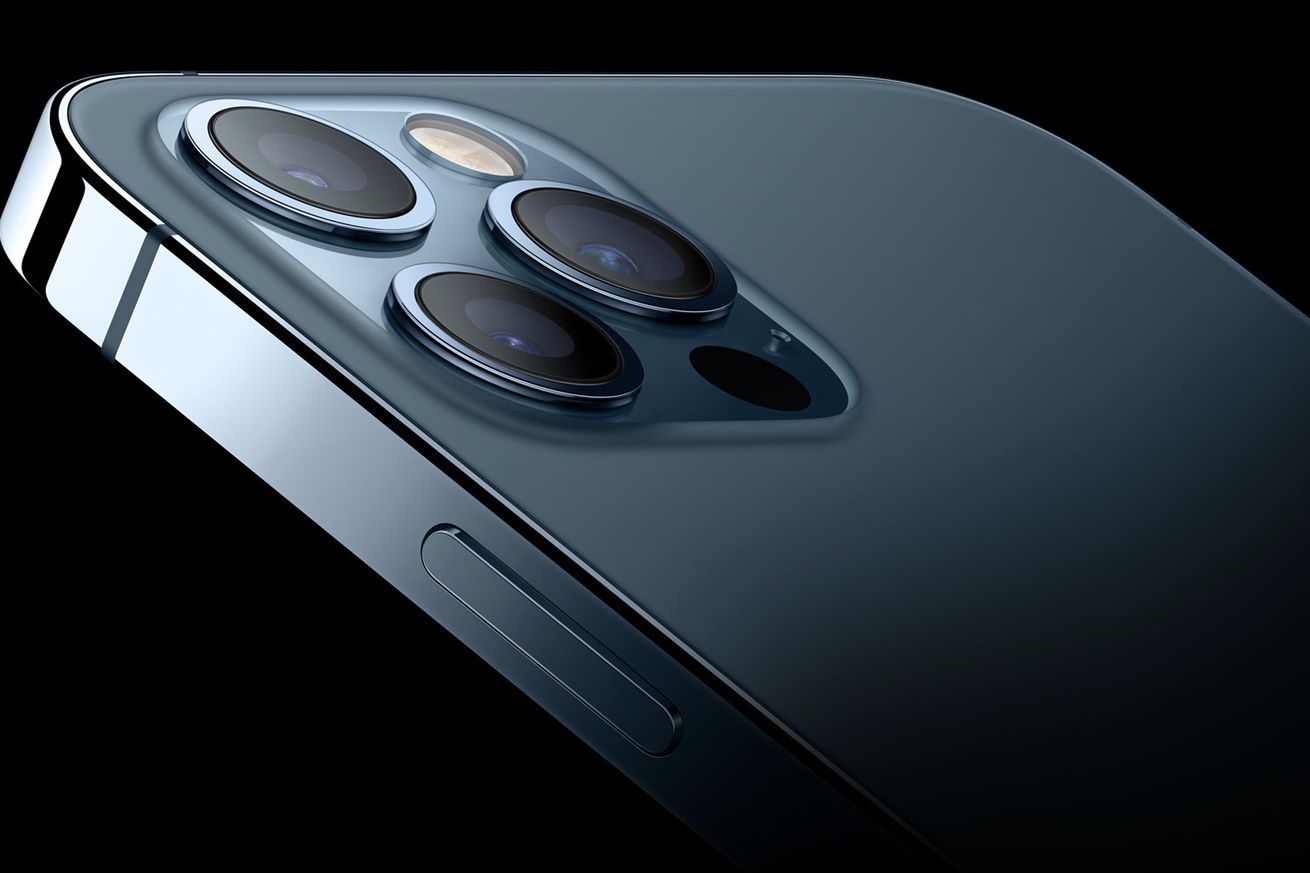 If you buy an iPhone in the future, you’re not getting an included charging brick or earbuds. Apple says the reasons are environmental. Giving out fewer “free” accessories with every phone means using less materials, the company claims, and also makes for smaller boxes that can be shipped more efficiently. So going forward, those boxes will just come with a phone and a Lightning to USB-C cable.

I think Apple’s approach is generally a good thing, but it should have gone further by switching away from its proprietary Lightning port entirely and fully embracing USB-C. Right away, that Lightning to USB-C cable would turn into a much more useful USB-C to USB-C cable that could charge basically all of your electronics. Or better still, Apple could remove the cable entirely and just ship the phone by itself, eliminating even more duplicitous waste.

It’s a relatively small change for each person buying an iPhone, but it’s massive when you consider the fact that Apple shipped almost 200 million iPhones over the past year, according to IDC. Chargers might make up a relatively small proportion of total e-waste, as Wired notes, but on a global basis, that’s still tens of thousands of metric tons annually. And as the lack of headphone jacks on 2020’s flagship smartphones shows, Apple’s decisions also have a huge influence on the rest of the industry.

USB-C is already becoming the standard

I’ll be the first to admit that USB-C isn’t a perfect standard. Its naming scheme has been a mess (the current USB standard is called USB 3.2 Gen 2x2 for chrissake), and there are so many bad USB-C cables in the wild that some people have made it their mission to root out the worst of them. To borrow a famous turn of phrase, USB-C is the worst connection standard... except for all the others. But it’s also the best one yet created.

USB-C is the worst connection standard, apart from all the others

In 2020, USB-C is about as universal as wired connection standards come. It’s used by over-ear headphones, true wireless earbuds, VR headsets, tablets (including some of Apple’s), laptops (including all of Apple’s) and laptop accessories. It’s used by game consoles like the Nintendo Switch, and it’ll be used with both the PS5 and the Xbox Series X’s controllers when those consoles ship next month. USB-C batteries are becoming commonplace and chargers are getting tiny and extremely capable — with up to 100 watts, a powerful battery or a charger the size of a deck of playing cards can sometimes power a laptop, tablet, and phone all at once.

Not only is USB-C used almost everywhere, it’s also hard to name something that Lightning actually does better. Longtime Apple blogger John Gruber has argued in the past that it’s a more elegant and slightly thinner port which… sure, maybe? But is that enough reason to maintain the status quo if Apple cares as much about the environment as it claims?

You probably already have a USB-C charger

Apple’s core argument for taking the charger out of the box is that it avoids piling on accessories that a lot of people already own. During its presentation, Apple estimated that there are 2 billion of its power adapters out in the world, and “billions” of third-party chargers.

But let’s put that into perspective. According to IDC, Apple commanded just 13.9 percent of the global smartphone market in 2019, shipping close to 200 million phones last year. Meanwhile, the rest of the industry combined shipped over a billion phones over the course of just a single year, and most of those devices used USB-C. That’s a lot of people who already have everything they need to charge a hypothetical USB-C iPhone, including both charging bricks and USB-C cables. And it doesn’t include all the people who bought other USB-C devices like headphones, laptops, and tablets, including recent MacBook and iPad Pro devices.

All of that means that if you really want to, you can absolutely sell a USB-C smartphone without any charging accessories at all. That’s what ethical smartphone manufacturer Fairphone does. Inside the box for its most recent phone, the Fairphone 3 Plus, you’ll find no headphones, no USB-C charging cable, and no USB-C charging brick. Instead there’s a small screwdriver, so that when the time comes, you’ll be theoretically able to repair the phone for yourself rather than having to throw it out.

There are serious questions to be asked about how positive an environmental impact Apple’s existing plan is actually going to have. A big part of Apple’s pitch is that there are already billions of power adapters out there, but it’s likely that a significant portion of them use the USB-A standard, which is incompatible with the Lightning to USB-C cable Apple now packs into the box for faster charging speeds. Apple only started putting USB-C power adapters in the box last year, and even then it was limited to the Pro models, meaning the vast majority of iPhones sold came with a USB-A brick bundled in.

I’m not saying there’ll be no environmental impact. With the iPhone 12, a lot of people will still be able to reuse their existing USB-A to Lightning charging cables and USB-A power bricks, regardless of the new cable they get in the box. But then what’s the point of that Lightning to USB-C cable, particularly if you wind up switching to Apple’s MagSafe wireless chargers instead? If it were a USB-C to USB-C cable, at least you could use it with other gadgets. Apple could have a much bigger environmental impact in the long run by eliminating its proprietary Lightning port entirely.

We already know what Apple thinks about potentially switching to USB-C connectors, because it put out a statement on this very topic earlier this year. The statement came in response to EU efforts to mandate a common charger for all smartphones, and Apple argued that a switch to USB-C would actually be worse for the environment overall, by rendering hundreds of millions of Lightning accessories obsolete. Here’s the relevant part of the statement it issued in January (emphasis added):

“More than 1 billion Apple devices have shipped using a Lightning connector in addition to an entire ecosystem of accessory and device manufacturers who use Lightning to serve our collective customers. Legislation would have a direct negative impact by disrupting the hundreds of millions of active devices and accessories used by our European customers and even more Apple customers worldwide, creating an unprecedented volume of electronic waste and greatly inconveniencing users.”

There absolutely are a lot of Lightning accessories out there. But the argument rings hollow given Apple’s own history of obviating all those 30-pin iPod docks and early iPhone peripherals when it switched to Lightning in 2012. Instead of sending them straight to the dump, Apple and others sold 30-pin to Lightning adapters to extend the usefulness of those legacy accessories for years. Apple and its partners can surely now do the same in order to preserve all those Lightning devices. Yes, it would create a one-time glut of adapters that would eventually end up in landfills, but it’s the short-term price to pay for the long-term benefits of convergence.

As someone who has a whole drawer filled with spare power adapters I never use, I’m sympathetic to what Apple is trying to achieve with the iPhone 12. Giving out duplicate accessories with every new phone really isn’t sustainable if we want to try and cut down on the estimated 53.6 million metric tons of electronic waste we threw out last year.

The iPhone 11 should have been the last with Lightning

But I also have some sympathy for those who say Apple is nickel-and-diming its customers with the move. When a phone costs hundreds of dollars, it’s hard not to feel a little cheated by a smaller box with fewer accessories, particularly if the remaining ones are still half-proprietary.

Last year my colleague Dieter argued that the iPhone 11 should have been the last with Lightning. He’s still right.