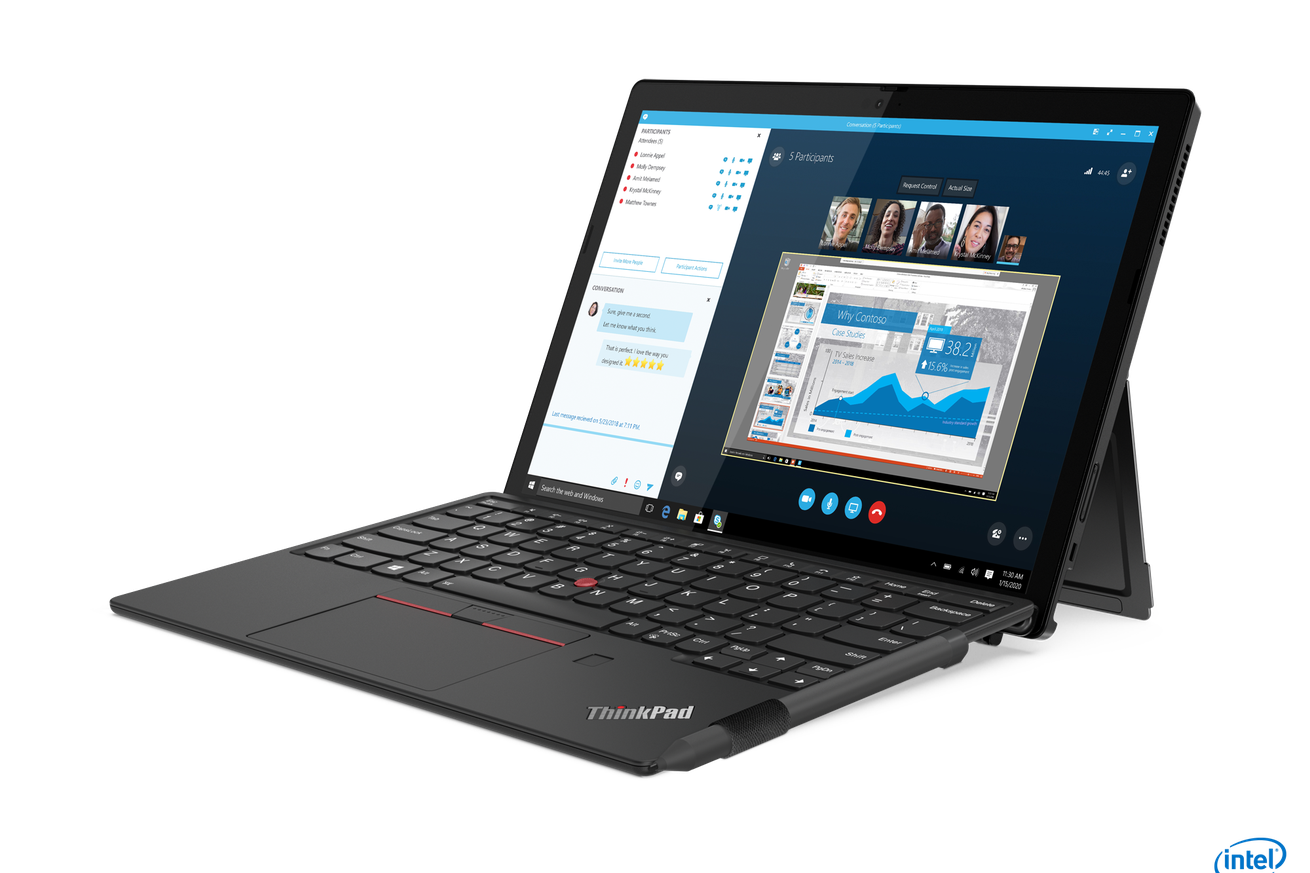 Lenovo is introducing a new ThinkPad — with a twist. The ThinkPad X12 Detachable is a 12.3-inch business laptop with a screen that you can pop off and use as a tablet. It’s one of several new ThinkPads Lenovo has launched this week, which are powered by Intel’s newest 11th Gen vPro processors.

Take a look at this thing, and you’ll see that it’s a similar idea to Microsoft’s Surface Pro line. The display is essentially a 12.3-inch Windows tablet that you can attach to and detach from a folio keyboard. It has a kickstand on the back, which is how it stands up on its own, and it’s compatible with Lenovo’s Precision Pen and Digital Pen.

The form factor is meant to offer extra versatility to business users. If you’re in a meeting or class, for example, and need to read presentation notes off your computer, you can pop the screen off without having to lug the keyboard up with you.

But despite its tablet-esque form factor, the ThinkPad X12 is still very much a laptop because it has laptop chips inside. It’s powered by Intel’s 11th Gen Core vPro processors (up to a Core i7 ) and Iris Xe integrated graphics. Intel’s vPro platform brings a number of security features for business users. In terms of other specs, you can get up to 16GB of LPDDR4x memory and 1TB of NVMe SSD storage.

In terms of ports, don’t get too excited: there’s a whopping one Thunderbolt 4, one USB 3.2 Type-C, one NanoSIM, and one audio jack. Remember that one of those ports will sometimes hold the charger, so if you’re buying the X12 and will need to plug other things in, you’ll probably want a dock of some sort (such as Kensington’s new SD5700T Thunderbolt 4 station).

A feature I’m quite excited about is the aspect ratio. The X12 has a 3:2 display, the same dimensions as the Surface Pro 7 and Surface Book 3. It’s been nice to see manufacturers across the board abandon the cramped 16:9 aspect ratio, and 3:2 is my favorite kind of screen to use. It gives you a bunch of extra space for multitasking.

I recently reviewed Lenovo’s ThinkPad X1 Fold, another device built like a tablet that comes with a keyboard. It’s a very cool device, but at $2,499, it’s too expensive for me to recommend any human actually buy. The X12 Detachable is what I’d call a more pragmatic implementation of the X1 Fold. It’s not as fancy (for one, the screen doesn’t fold in half) but it’s significantly less expensive with a starting price of $1,149, and it looks like it comes with a full-sized keyboard rather than the tiny cramped one that came with the Fold. For many users looking for a convertible ThinkPad, the X12 Detachable may be a more sensible choice (though I’ll have to see how it performs before making an official recommendation).