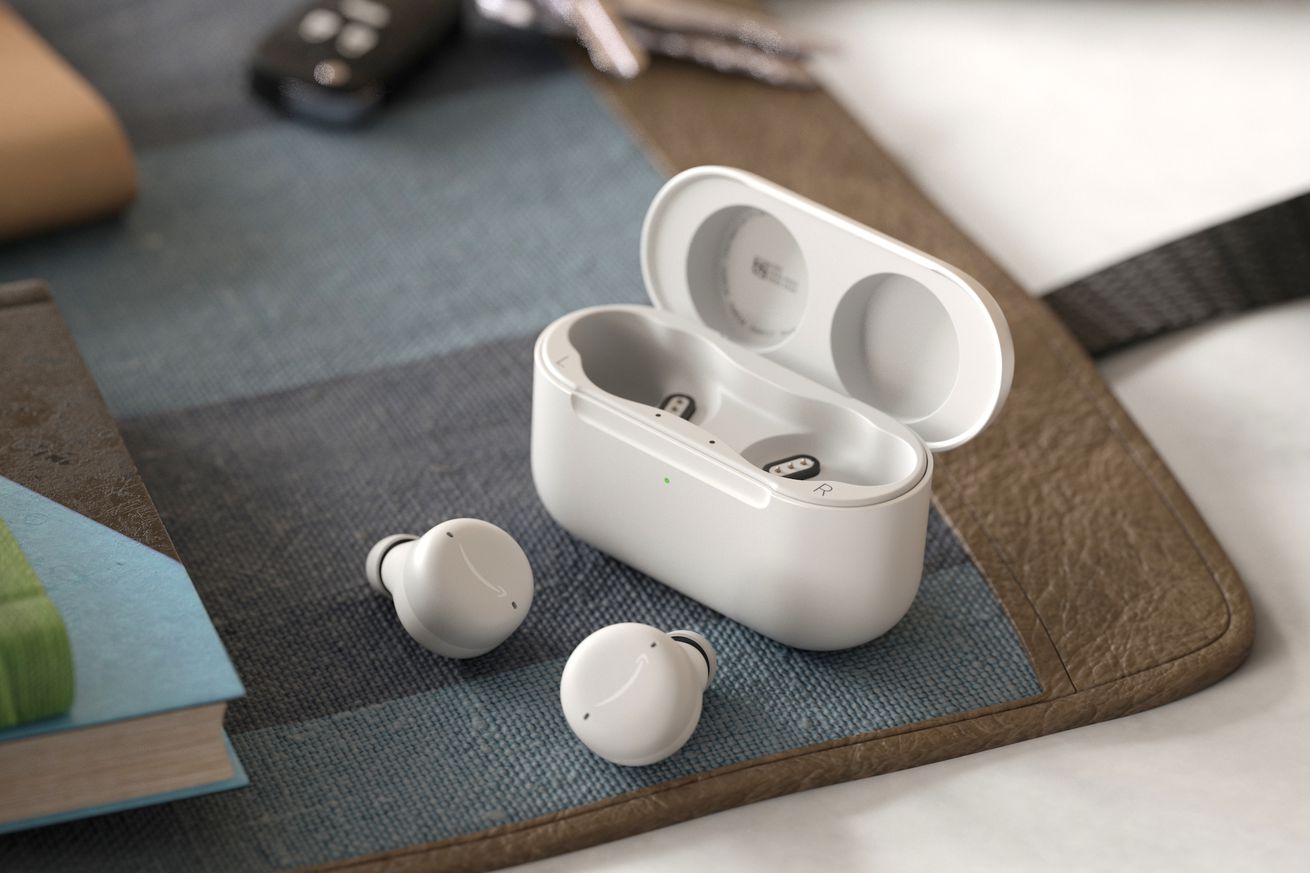 Amazon is today introducing its second-generation pair of Echo Buds. The new true wireless earbuds improve on the originals with a more comfortable design — they’re now 20 percent smaller — and enhanced active noise cancellation. But Amazon is staying aggressive on price: the 2021 Echo Buds are priced at $119.99 for the earbuds and a USB-C charging case or $139.99 for an upgraded case with wireless charging. For a limited time, both are being discounted. The regular set drops under $100 to $99.99, with the wireless charging pair costing $119.99. The new Echo Buds will be released on May 13th.

Aside from shrinking them down, Amazon has also made comfort-focused design changes to the Echo Buds. They now have a vented design (like the AirPods Pro, Pixel Buds, etc.) to reduce unwanted ear pressure. The company has shortened the nozzle so that the Echo Buds don’t sit as deep in your ear canal, and the external depth has been reduced for a more flush fit. The ear tips — four sizes come included — are now oval-shaped, and you also get two sizes of optional wing tips in the box.

Instead of a glossy touch surface like on the original Echo Buds, the outside-facing exterior is now all matte. But Amazon has slapped its logo onto the earbuds this time around, which I could’ve done without. They now come in white in addition to black.

With the first Echo Buds, Amazon borrowed some of Bose’s noise-reduction technology. But this time, it’s doing everything itself. The company says that the second-gen earbuds “cancel twice as much noise” as before. When in passthrough mode, you can adjust the amount of ambient noise you want to come through. Sound quality has also seen some improvements, according to Amazon’s press release:

Echo Buds deliver crisp, balanced sound with extended dynamic range — so you get the most out of your music, regardless of genre. The premium speakers are optimized for increased fidelity in bass and treble, which reduces distortion during media playback, delivering vibrant melodies and clear spoken word.

The second-gen Echo Buds are rated IPX4 for water and sweat, which Amazon says should cover any exercise and “light rain.” And Amazon says the microphones on these earbuds — three on each bud — are improved, too; they’re “optimized to capture lower frequencies compared to the prior generation,” which apparently results in better quality for voice calls. Either bud can be used standalone in mono mode.

Battery life is estimated at five hours of listening with noise cancellation enabled, with two additional full charges in the case for a total of 15 hours. (The case now has status LEDs for each individual earbud, which is a handy addition.) If the battery runs low, charging over USB-C for 15 minutes should get you around two hours of playback.

To see just how aggressive Amazon is on pricing, let’s compare the Echo Buds against the wider market of popular true wireless earbuds. Most of these have noise cancellation, though some (like the Pixel Buds) don’t:

Just like the first model, Amazon hopes a big part of the appeal with the Echo Buds will be the ability to use Alexa everywhere you go. You can ask for a specific artist or song, of course, but Amazon also added the option late last year to ask for music by activity type. You can control your smart home, play an Audible audiobook, ask for transit directions, or even use Alexa’s local search powers to find the nearest COVID-19 testing site.

You can also ask any nearby Alexa device to find your buds, and they’ll play an audible chime to help make them easier to locate. Amazon says “later this year,” it will add the VIP Filter feature that debuted on its Echo Frames, which allows you to choose the notifications you want to hear and avoid the rest.

If the noise cancellation improvements are as significant as Amazon claims, the second-generation Echo Buds could prove quite compelling — especially at their low price versus the competition. Stay tuned for a full review in the next few weeks.