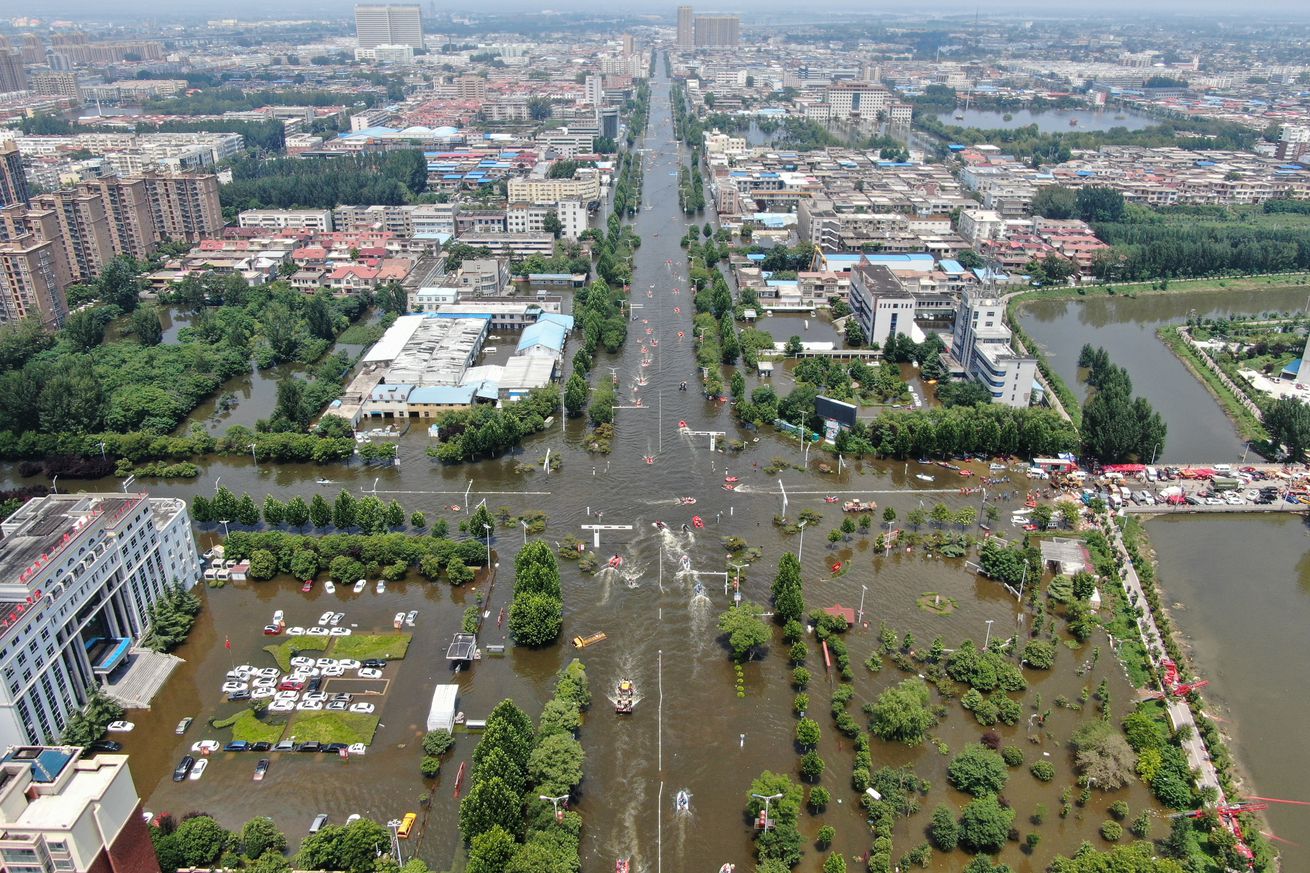 Flooding poses a grave risk to tens of millions more people than researchers previously estimated. Up to 86 million more people lived in flood-prone areas around the world in 2015 compared to 2000, according to a new study published today in the journal Nature.

Thanks to satellite remote sensing, researchers were able to build what they say is the most comprehensive dataset of observed floods yet. It shows that more people have moved to waterfronts where they’re at risk. The findings also suggest that older flood maps used to inform urban planning and insurance policies might be underestimating the real-world risk of flooding.

Just in the past month, shockingly severe floods have taken hundreds of lives in China, Germany, and Belgium. In just a few days, a year’s worth of rainfall inundated Zhengzhou, a city in China’s Henan province. Record-smashing rainfall across Western Europe overwhelmed dams and nearly washed away entire towns.

“It’s urgent now that we deal with the resilience issue”

“It just really hits home, the urgency of the issue,” says Colin Doyle, one of the authors of the new study and the director of technology at Cloud to Street, a flood tracking and risk analytics platform. “It’s urgent now that we deal with the resilience issue — both adapting to the events and also creating infrastructure as a safety net.”

The proportion of people living in flood-prone places grew by 20 to 24 percent since 2000, according to the new research. That’s up to ten times as much as previous studies had estimated. That rise was driven by a few different factors.

First, satellites have given scientists a better view of flood events. In the past, most flood maps relied on models and not observations of actual floods. Now, with more satellites in space and greater cloud computing ability, researchers like Doyle have new tools.

For their comprehensive global study, Doyle and his co-authors were able to look back at images taken daily by two NASA satellites to study floods that took place between 2000 and 2018. They paired that with data on population growth in affected areas to come to their findings. (An interactive Global Flood Database went live today to accompany the new study. On the database website, you can explore the new maps that Doyle and colleagues put together.)

The satellite data also allowed Doyle and his co-authors to look at more kinds of floods than typical flood maps. They included flooding from dam failures, snow melt, and surface water floods. Modeling, on the other hand, tends to limit traditional flood maps to hazards posed when heavy rainfall causes rivers and other bodies of water to swell.

But the rise in flood risk that Doyle and his colleagues documented isn’t merely a reflection of technological advances. New development seems to have gotten more concentrated in flood-prone places. Population growth in those risky areas outpaced global population growth over the same period. That’s partially driven by poverty and a lack of other options for many vulnerable populations, the study notes.

While more accurate flood maps can give city planners a better idea of where to beef up protective infrastructure, they can also tell them where not to build in the future.

“The only option for some communities will be to manage their retreat out of flood-prone areas,” writes Brenden Jongman, a senior disaster risk management specialist at The World Bank who reviewed the study and wrote an accompanying opinion article in Nature.

There’s still more work that can be done to improve flood maps for big cities, both Doyle and Jongman note. The satellites had a harder time peering down into densely packed areas. “If you’re above New York City and looking down, you’d mostly be seeing the tops of all the skyscrapers,” Doyle says.

Newer commercial satellites can take images with higher resolution, but it’s still expensive for researchers to access that data. And while newer satellites might be able to take a better picture, they haven’t necessarily been up long enough to let researchers look as far back as Doyle and his colleagues were able to with NASA’s satellites.

Hopefully, time will unlock those tools for researchers, too. They’ll need all the help they can get to forecast future flood risk. Climate change is pushing up sea levels and eating away at coastlines and river deltas that millions of people call home. Rising global average temperatures can also soup up storms and lead to more intense rainfall in some regions. The Nature study forecasts that by 2030, even more people will be exposed to dangerous flooding.