Free Guy is like a AAA game: fun, goofy, and doing narrative backflips to make a guy the lead 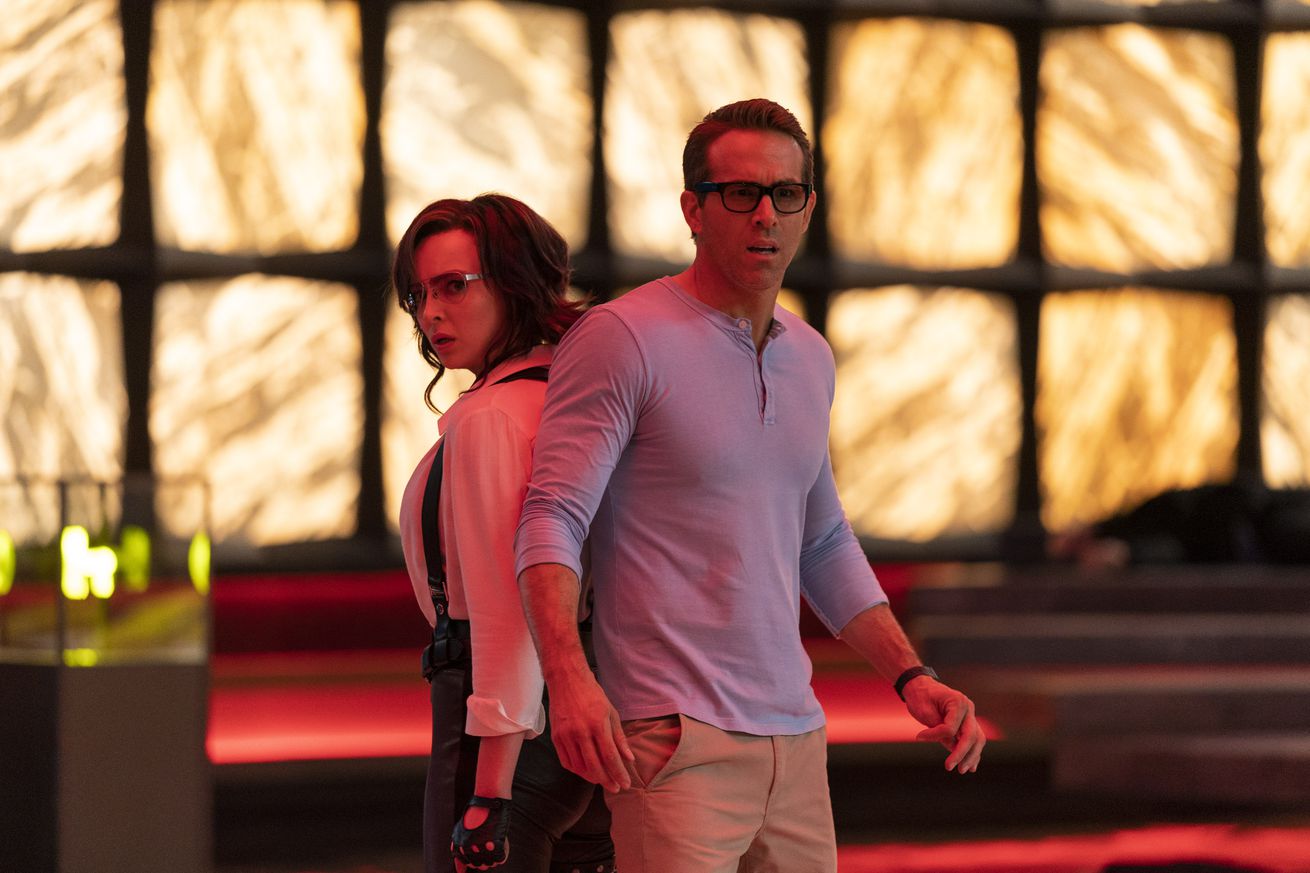 In Free Guy, Millie (Jodie Comer) is a game developer on the outs working to prove that publisher Antwan (a strutting Taika Waititi) illegally stole game code from her and her partner, Keys (Joe Keery) to create Free City, the most popular video game in the world. She infiltrates the game, hunting for the evidence to prove that her original idea was stolen — evidence that she thinks is hidden somewhere deep inside the game itself.

And you would think that the movie is about her, right? But Free Guy seems more focused on offering up Ryan Reynolds guilelessly moseying across the screen as the titular Guy, in what feels like a version of The Lego Movie that swaps “charming, stop-motion-style Lego animation” for “video games” and throws in a heavy dose of The Truman Show for good measure. The result is an enjoyable — albeit weird — but largely forgettable summer action movie.

Guy (Reynolds) is an oblivious NPC in Free City, an incredibly popular video game that most accurately resembles GTA Online, where human players run missions, robbing banks to get cash and generally causing mayhem. Guy, on the other hand, works at the bank, stamping generic forms and hanging out with his best friend, a security guard named Buddy (Lil Rel Howery.)

But then his life changes when he runs into Millie, who awakens Guy to the possibilities of breaking his daily grind and being “the good guy” in the video game world of murderers and thieves.

Reynolds is charming as ever, with Free Guy lending him the feature-length chance to turn his affable social media persona into the walking version of a smiley face. The problem is that Guy’s blank slate doesn’t leave much room for him to be an actual character: his entire character arc is just “being helpful,” and all his wants and desires are ingrained in his programming.

Comer’s Millie — who has the benefit of actual agency and drive — ends up carrying the film both as her in-game action hero character and as a frustrated programmer who’s trying to fight for the right thing. Too bad the film is structured around Guy and his less than dynamic character arc. A version of this film might have existed where she was the narrative lead and he was the lovable side character, and it probably would have been a lot more fun.

While Free Guy hides its heroine behind a charming Ryan Reynolds, it wears its gaming influences proudly: popular streamers like Ninja, Pokimane, Jacksepticeye, DanTDM, and LazarBeam all make appearances to comment on Guy’s in-game adventure and lend the fictional Free City game the cachet of a real-world success like Fortnite or GTA.

As a whole, Free Guy is most successful when it lampoons the psychopathic tendencies of video game players in a real-world perspective. Living in Grand Theft Auto or Cyberpunk 2077, where near-feral players tear through cities, murdering countless thousands of virtual avatars and causing wanton destruction, would be horrifying.

Living in a video game would be horrifying

Guy’s quest to be the good guy makes sense when faced with all that, but Free Guy isn’t quite willing to commit to that idea, descending back to standard action movie fare as soon as it suits the plot.

And that inconsistency appears throughout the film. Free Guy’s villain — scenery-devouring Taika Waititi, who looks to be having the most fun of anyone in the film (which is saying something in a movie starring the perpetually sunny Reynolds) — gives not one, but two speeches about corporate greed and spinning out endless sequels with familiar characters and properties to make money off an existing stable of IP instead of making something new and original.

Free Guy positions this as an ostensibly bad thing — only for the film to spin on its heels and throw in some of the most egregious cross-promotional references this side of Space Jam: A New Legacy in the final act. (It is possible to pinpoint the exact second of the post-production process that Disney’s acquisition of 20th Century Fox was completed.)

After months away from theaters, Free Guy is definitely an enjoyable way to spend an hour or two at the movies. But, like an overproduced video game, it almost has too much stuff, bouncing between action and romance and comedy and screeds against making too many sequels to really do any one of those things overly well.