NPR’s losing top talent — everyone has a theory why 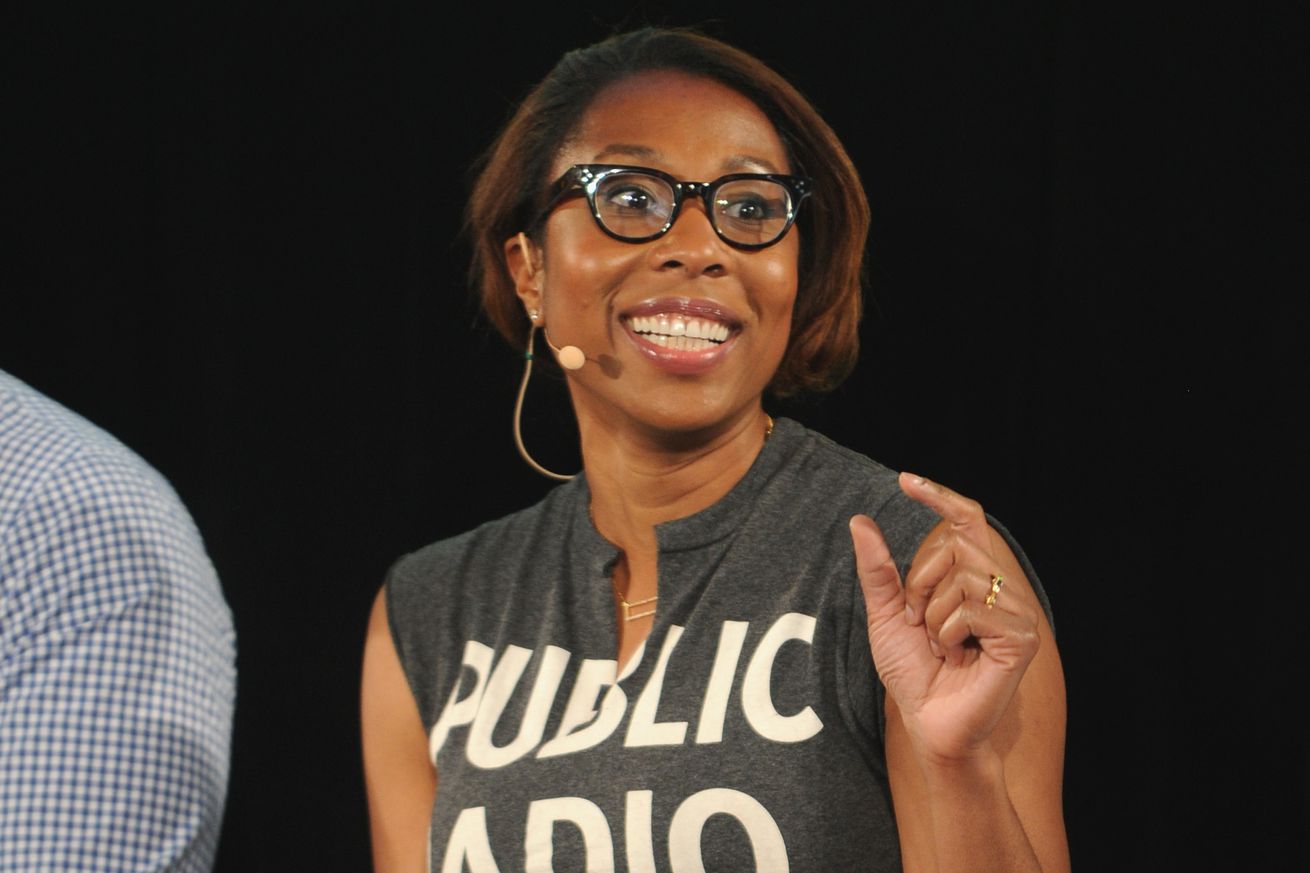 This story originally appeared in Hot Pod Insider, The Verge’s subscription audio industry newsletter. For more stories like this, you can subscribe here.

Something’s happening at NPR, and everyone has a theory as to what. But first, the impetus. On Tuesday, All Things Considered host Audie Cornish announced she’s leaving the program after nearly a decade as its host. Her departure, which she says on Twitter is her joining many others in the “great resignation,” marks three hosts of color to leave the network in recent months. (Noel King of Morning Edition left in November for Vox Media — disclosure that Vox also owns Hot Pod — and Lulu Garcia-Navarro of Weekend Edition joined The New York Times in late September.) This also follows a thread from Sam Sanders, host of It’s Been A Minute, who listed all the hosts from marginalized communities who had left as of September, which includes Shereen Marisol Meraji of Code Switch and Joshua Johnson of 1A.

Many other NPR employees across various roles, including some of color, have left recently, too. These are just names that came up in the course of my reporting. There are surely more. Brakkton Booker, a reporter on the National Desk that’s now at Politico, left in March; Sam Gringlas, a producer on All Things Considered, left in December; Jacob Goldstein, co-host of Planet Money, left in September for Pushkin; and, as of this week, two HR employees who were partners of the news and programming division left as well, according to a source, who asked to not be identified because of their ongoing work with the network. On Twitter, Ha-Hoa Hamano, principal product manager, also said she’s leaving (and discussed many other troubling details about her experience at the network). In 2020, David Greene, host of Morning Edition, also quit.

As my source says: “There’s been an email bidding farewell to somebody every week.”

An email also went out yesterday from CEO and president John Lansing, acknowledging both Cornish’s departure and the broader conversation happening around these moves. You can read the relevant portion here, but he says an all-hands next week will “talk about development and advancement at NPR — for all staff, including our hosts.” He also calls “diversifying our audience that relies on our content, sourcing, and staffing” its “North Star.” And that “staffing relies on hiring but also development and retention.”

So clearly, the turnover is real, and everyone is scrambling to chalk it up to a specific reason, including myself, the Twitter universe, and even Reddit. I spoke with four current and former employees, most of whom requested anonymity because of their continued work in the industry, to get a sense of the situation and what’s led up to all this turnover, and everyone’s thoughts coalesced around a few themes: more competitors who can offer both higher salaries and more creative freedom; NPR being a legacy media company hesitant to greatly alter its tried-and-true programs; and broader frustration with failures to carry out the network’s empowering mission statement, particularly for reporters and hosts of color.

However, before we fully get into it, I do want to say I wasn’t able to speak to any of these hosts directly, and I’m sure, one day, when they’re wanting to share more, we’ll receive the real reasons behind their leaving. Much of this is informed theorizing and feelings, and I think we all know the decision to leave a job is typically highly personal, so let’s assume there’s a combination of things happening, including the X factor of pandemic burnout and restlessness. Now, for what I’m hearing.

“There is still a mindset, I think, with certain levels of management that’s ‘why would you ever want to leave NPR once you get here because we are … the top gig when it comes to audio,’” says one producer. “But there are so many other places now that are willing to let you do different kinds of interesting things, and they’re willing to pay you more, and they’re willing to give you IP ownership of the things that you do, and those are just things that we have not moved quickly on, and we’re seeing it play out now in the form of highly talented people across the newsroom and across different parts of the building just say, ‘Well, I don’t have to be here to do the kinds of things that I want to do. I can go somewhere else to do that.’”

Which is to say: the space is more competitive than ever, and that makes it a prime moment for creators. Lots of media companies are investing in audio, need qualified and talented hosts, and are willing to pay for that access.

Another former producer notes, for context, that when they worked at NPR, listeners would write into the network mourning a host who had left 10 years before but that they still missed. This person, who was with the station for many years, says retention has always been a problem for producers and reporters but never got much attention because they weren’t the “higher profile people.”

“Why else would you care,” they ask.

But as for why these hosts are leaving these programs right now, specifically All Things Considered and Morning Edition, another producer says hosting these shows is a specific job that requires sitting in a chair for hours, which might not appeal to reporters who enjoy the on-the-ground aspect of gathering audio and interviewing. Another points out that these shows’ hosts or reporters might not have been able to try new formats or segments within the shows’ specific expectations.

“You have to stick to a certain broadcast clock, you have to continue to sound like what people think NPR should sound like, and there’s not a lot of room for experimentation in that kind of format,” they say. “So if you’re looking to do something different and you want to try something different, it’s hard to do that when your position is such that you’re part of a newsmagazine that’s going to look and sound the same every day.”

One producer points out that when former ATC producer Theo Balcomb wanted to produce a different kind of daily podcast, she took it to the Times, for example, resulting in The Daily.

Maria Hinojosa, who says she was the first Latina hired at NPR in 1985, says these departures and the broader upset at the network likely have to do with not adhering to its mission statement to inform and represent the entire American public. She created and runs Futuro Media Group and also hosts Latino USA, which NPR previously distributed, though as of June 2020, it is distributed by PRX.

“For me, it was a difficult decision to leave NPR,” she says. “Because I was a child of NPR, you know, it was my first job.” She adds that NPR “wasn’t that into” Latino USA leading up to the separation and that she fought to “keep the show alive.” She also points out that, over the years, she ran into uninformed questioning from the team. One host, she says, asked her if she was “pro-Latino” and could be “objective” because she hosted Latino USA, for example, and she says she felt she had to “jump through certain hoops to prove to certain people” that a show or reporting style made sense and would be successful.

“The critique that I was making, that we were making, that we have been making for decades now, was not to take NPR down and not because we were curmudgeons, but because we understood what the future of the country looks like,” she says. “Therefore, the deep responsibility that NPR has is to be truly representative, and that takes a lot of self-critique, and you’ve got to go to therapy for that.”

In a response to this story, NPR spokeswoman Isabel Lara pointed to various hires, including Sandhya Dirks, Erika Aguilar, and Nick Charles, as well as the naming of new hosts, like Leila Fadel for Morning Edition and Up First; Scott Tong for Here & Now; and A Martínez for Morning Edition.

“Diversity in our staff, sourcing, and coverage is not only crucial to the accuracy and fairness of NPR’s content, but to the future of public media and our audience at large,” she says. “Ensuring that public media reflects the people of the United States is not a responsibility or initiative, but a necessity.”

She also added that the company tracks voluntary attrition, and its attrition rate in 2021 was 9.3 percent, down slightly from 10.1 percent in 2019.

I imagine we’ll be hearing more about this story in the days, weeks, and months to come, particularly in the expanded world of public media and member stations. For now, though, I’ll leave you with some Twitter threads I’ve found over the past couple days so you can get even more details and thoughts on what’s happening.