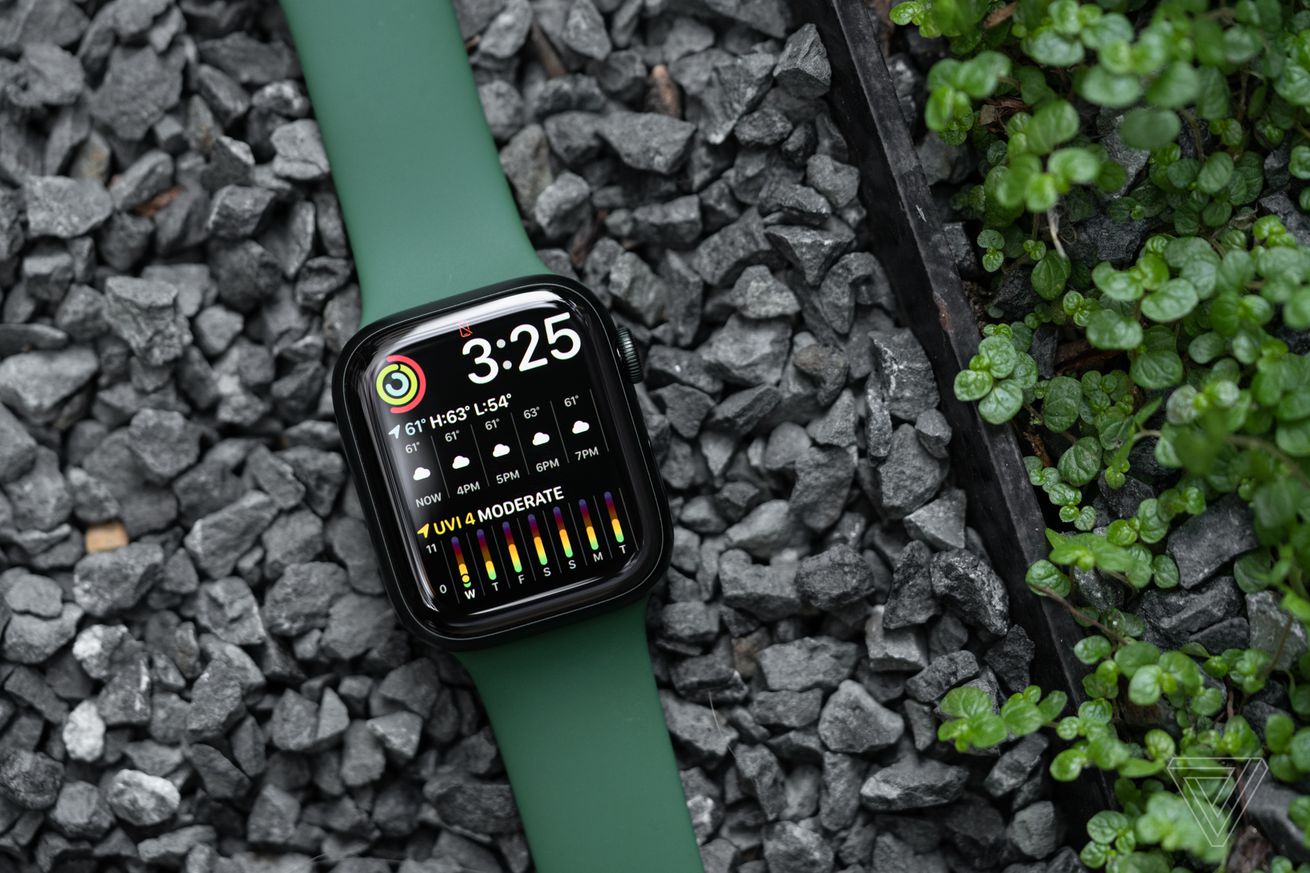 If you were hoping for more exciting updates with the Apple Watch Series 8, you might have to start tempering expectations. While it was initially thought that the next-generation watch would have a body temperature sensor, it’s looking like that may not be the case after all.

However, in his latest Power On newsletter, Gurman has backtracked. When speaking about the Series 8’s potential for body temperature sensing, blood glucose monitoring, and blood pressure capabilities, Gurman wrote, “Don’t expect any of these soon, though. Body temperature was on this year’s roadmap, but chatter about it has slowed down recently. Blood pressure is at least two to three years away, while I wouldn’t be surprised if glucose monitoring doesn’t land until later in the second half of the decade.”

For blood pressure and blood glucose, this makes a lot of sense. While there’s been a lot of headway in noninvasive, cuffless blood pressure monitoring in wearables, the technology simply isn’t there yet. The same applies to blood glucose monitoring. Although the feature was rumored for the Series 7 and in Samsung’s Galaxy Watch 4, it never materialized. The tech does exist in a nascent form — a prototype from Japanese startup Quantum Operation was featured at CES 2021 — but it’s nowhere near ready for consumer-grade devices. Of the rumored features, body temperature sensors seemed most likely as they’re already available in several other consumer wearables, including those from rivals like Fitbit. In fact, body temperature sensors in wearables gained a lot of attention in 2020, when researchers used them to try to determine whether smartwatches could detect COVID-19.

Currently, body temperature sensors are mostly used for sleep and recovery tracking, though fertility wearables like Ava may also feature them. While Apple has added sleep and period tracking in the past few years, they’re on the simpler side. Adding a body temperature sensor would potentially help level up these particular features, especially if the company is planning on adding fertility-related features as reported by The Wall Street Journal. However, Apple is notorious for sitting on features other device makers have already implemented until it’s happy with its own version.

“Chatter slowing down,” as Gurman puts it, doesn’t mean a body temperature feature is completely dead. However, it does bring up another point: perhaps it’s unrealistic to expect Apple to introduce a new groundbreaking, industry-leading feature every year on its smartwatch. It’s true that since the Series 3, Apple has outpaced the competition when it came to advanced smartwatch capabilities. The Series 3 introduced cellular, the Series 4 changed the design and added FDA-cleared EKGs, the Series 5 added an always-on display, and the Series 6 added a SpO2 (blood oxygen) sensor. However, the additions have been less buzz-worthy starting with the Series 6. Not only have SpO2 sensors been on smartwatches since 2017, but the Series 7’s marquee feature was also just a larger screen.

Right now, the Apple Watch is the most popular smartwatch on the market, and Apple has a yearslong lead on the competition. Wear OS watches are amid a complicated transition to a new unified platform with Samsung. Fitbit and Garmin may have advanced health features and better battery, but they both lag in smart features like cellular connectivity. Samsung comes closest, but many of its health and fitness features aren’t quite as polished. Technically speaking, there’s no need for Apple at the moment to dramatically shake things up in the short term — especially as it’s already investing resources in more groundbreaking health research.

Advanced health features, especially nascent ones like noninvasive blood pressure and blood glucose, will take a while before they’re ready for consumer use. And even when they are “ready,” they’ll probably have to go through the FDA clearance process. In the meantime, it’s more than likely that future Apple Watch updates will focus more on design, incremental hardware upgrades, and software updates that make use of existing sensors. Case in point: Gurman also forecasted the Series 8 would see a rugged sports version and a new entry-level model. That said, perhaps we’d all settle down if Apple could finally figure out how to include multiday battery life.