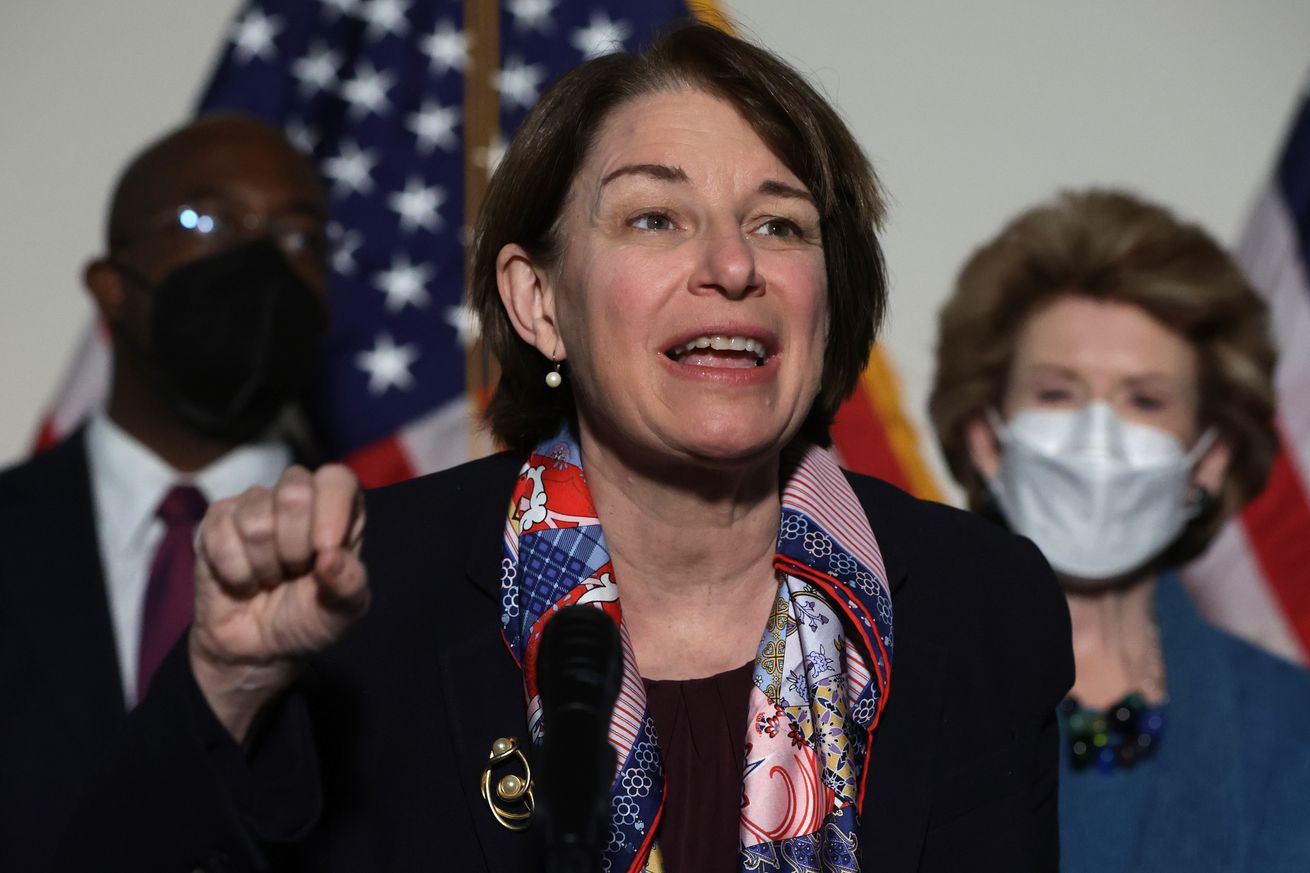 Congress is one step closer to actualizing transformative antitrust reform for the tech industry after sending their most viable bill to the Senate floor.

The Senate Judiciary Committee approved the American Innovation and Choice Online Act by a 16-6 vote on Thursday after hours of lengthy debate. The bill – sponsored by a bipartisan group of tech hawks like Sen. Amy Klobuchar (D-MN) and Josh Hawley (R-MO) – would ban dominant tech platforms from favoring their own services and products over those of their competitors.

The successful committee vote comes after a week of antitrust action from the federal government that’s spooked the tech industry and put lobbyists in a frenzy. While prohibiting self-preferencing, like Amazon placing its own branded products above better-rated competing ones, the bill also forces platforms to apply their terms of service equally to every user.

Despite the committee’s successful vote, the bill faces an uphill battle over the months ahead. In the days leading up to the vote, Apple and Google brandished statements criticizing the legislation, mounting an industry-led assault against the bill. Tim Powderly, Apple’s senior director of government affairs, warned that the bill could harm consumer privacy and security, while Kent Walker, Google’s president of global affairs and chief legal officer, argued that it would make the company’s search engine far less useful to consumers.

Specifically, Apple’s security concerns relate to language in the bill that the company fears would allow iPhone and iPad users to download apps outside of the App Store. Powderly argued this provision could harm users who could download unscreened and potentially harmful software to their devices. If enacted, the bill would make it difficult for Apple to collect its sometimes 30 percent commissions from developers on App Store purchases.

“I want to stress that this bill is not meant to break up Big Tech or destroy the products and services they offer.”

Tech-backed industry groups, like NetChoice, echoed these concerns, saying that the vote came too quickly and didn’t give lawmakers enough time to fully understand the bill’s language.

“Lawmakers should stop this backroom wheeling-and-dealing and instead take the input of economists, experts, and businesses to better understand the impact of this rushed legislation,” Carl Szabo, NetChoice’s vice president and general counsel, said in a statement after Thursday’s vote.

The bill’s sponsors tried to smooth over concerns from the industry and their colleagues over the legislation. Sen. Chuck Grassley (R-IA) said in his opening remarks, “I want to stress that this bill is not meant to break up Big Tech or destroy the products and services they offer.” He continued, “Rather, the goal of the bill is to prevent conduct that stifles competition, while ensuring that pro-consumer innovations and offerings are still available.”

During the hearing, senators on both sides of the aisle proposed amendments to address additional concerns over privacy, censorship, and national security. Specifically, Sen. Ted Cruz (R-TX) said that he had several amendments, including language that would allow users to sue platforms they accuse of harming them.

“The abuses of Big Tech are such that I am happy to unleash the trial lawyers,” Cruz said during Thursday’s markup.

Cruz did not offer up any of the amendments, saying that Klobuchar and the bill’s sponsors are working with him to include this language in the final bill text.

Progressive groups, like Free Press, raised separate concerns, suggesting that a certain provision could make it harder for platforms like Facebook and Google to tackle disinformation or deplatform hateful or racist users and publications like the Daily Stormer, a white supremacist website.

“This provision could require platforms to host hate speech and other harmful content targeting Black and Brown people, the LGBTQIA+ community, women, immigrants, Indigenous people and other targeted populations,” Free Press said in a statement on Thursday. “It opens the door to arguments that covered platforms are unlawfully discriminating against hate-and-disinformation purveyors by taking them down.”

Last summer, the House Judiciary Committee passed a similar bill to the one the Senate approved on Thursday. Still, that bill has yet to receive a vote on the House floor and must be approved by both chambers of Congress before it heads to President Biden’s desk.

The White House hasn’t issued any statements in support of the legislation, but administration officials met with the leaders of companies that have criticized Big Tech in the past, like Sonos and Yelp, on Wednesday.

“Participants explained the challenges their businesses encounter operating through third-party platforms to reach large numbers of customers,” a readout from the meeting said. “A number of participants also expressed difficulty paying both fees that platforms charge and indirect costs through requiring the purchasing of supplemental services or advertising to maintain the business user’s position in platforms’ rankings.”