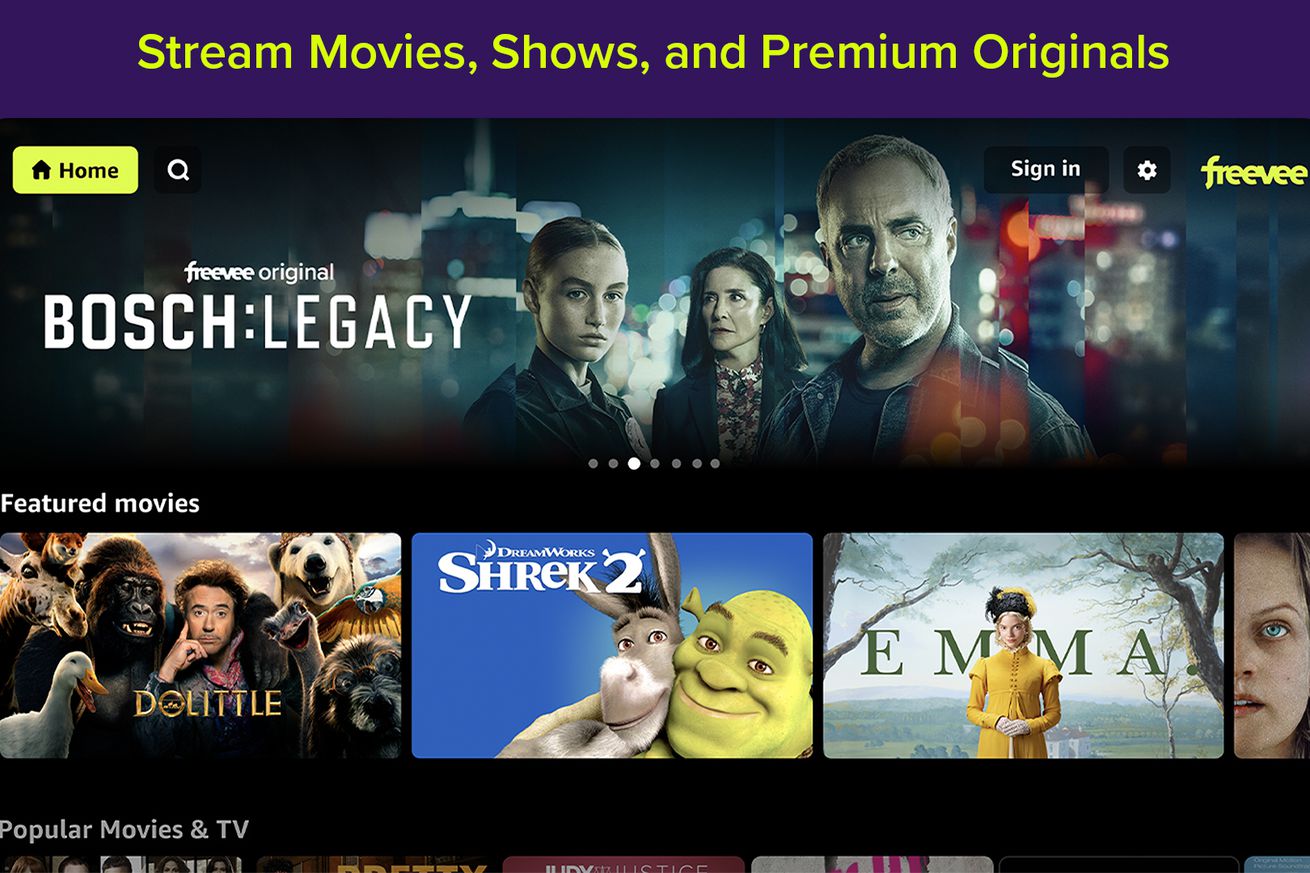 Amazon Freevee, the ad-supported streaming service formally known as IMDb TV, now has a dedicated Apple TV app, Amazon announced Monday. Freevee was previously available on Apple TV within the Prime Video app, but now Freevee has its own app that you can download from the App Store for the Apple TV 4K and Apple TV HD.

Freevee offers access to Amazon Studios shows like Bosch: Legacy and Pretty Hard Cases as well as other free movies and TV like Mad Men and Knives Out. Freevee recently signed a new deal with Disney that will rotate in movies like Deadpool 1 and 2, Logan, and The Post among its selections, and it has over 75 channels streaming, including an exclusive channel that only plays Kim’s Convenience. You won’t be able to pick which episode is on, but for free, it’s hard to complain. And it’s pretty widely available in addition to Apple TV — the app is also on iOS, Android, Roku, some LG and Samsung smart TVs, Xbox, PlayStation, and more.

And there are plenty of reasons for Amazon to invest in its free streaming even as it spends big on Prime Video content like NFL games and The Lord of the Rings: The Rings of Power. At its NewFronts presentation for advertisers earlier this month, Amazon revealed it is beta testing Virtual Product Placement in original shows on both networks.

As opposed to traditional product placement that keeps Samsung devices in Succession and iPhones out of the hands of bad guys, instead of putting the product on the set somewhere, it’s simply added in post-production. The blog post doesn’t say whether it will swap them for something else down the line, switching out a conveniently-placed bag of M&M’s for whoever wants to pay for a placement two years from now.

But Freevee isn’t the only free and ad-supported streaming service out there. Roku has been investing heavily in the Roku Channel, while YouTube recently added thousands of episodes of TV to its free, ad-supported offerings. Ads are also becoming a more popular way for companies to subsidize their paid streaming services. HBO and Hulu already offer ad-supported paid tiers of their services, and Disney Plus and Netflix have ad-supported tiers in the works.