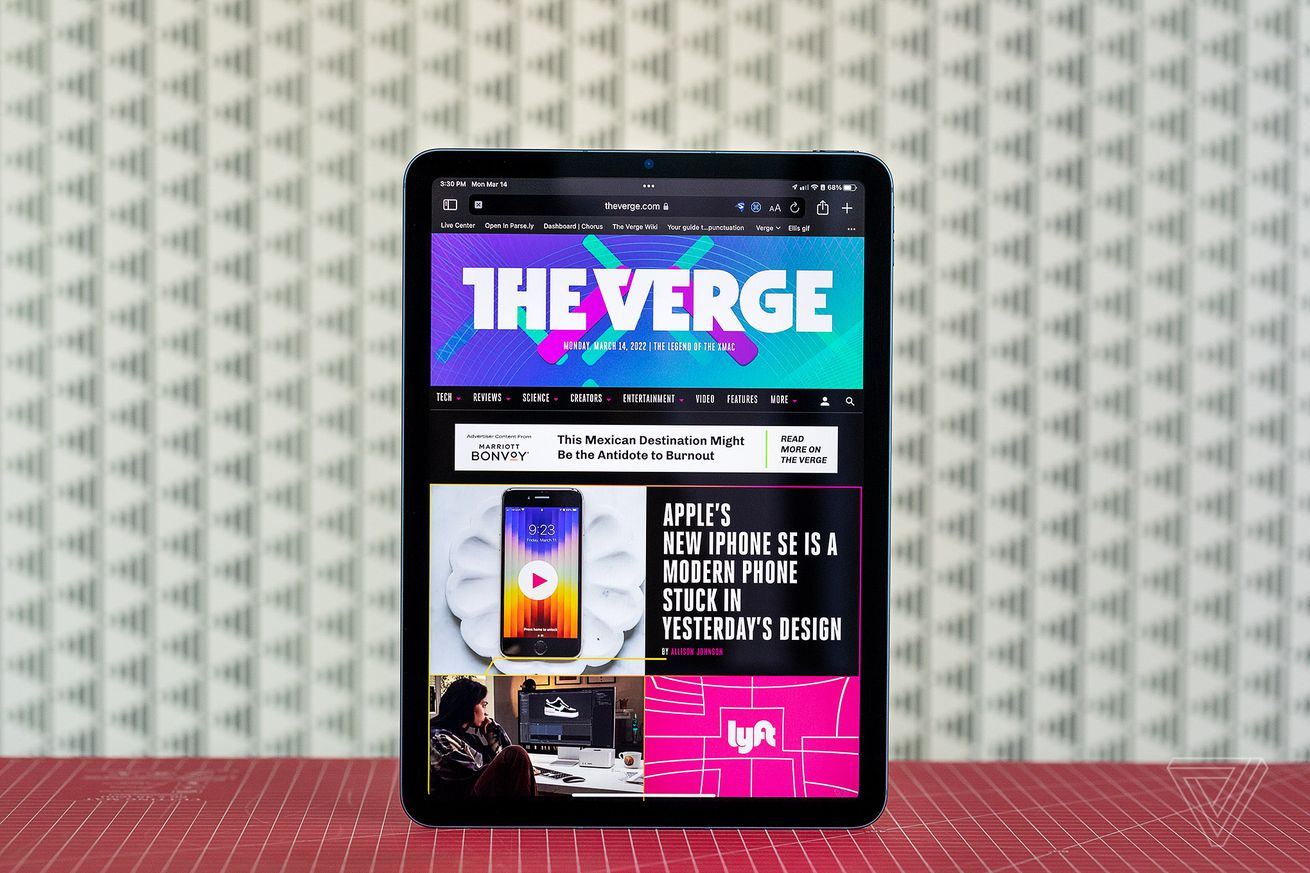 It’s officially Memorial Day Weekend. Time to get the grill going, throw some drinks in the cooler, and saddle up for some hot deals. We’ve been covering sales and discounts for Memorial Day all week, and we’ve got some fresh ones for your Saturday.

First off, Apple’s latest iPad Air with expanded 256GB storage is down to $679 at Amazon. This $70 discount is the best price in over a month for this configuration. If you don’t feel that you need the extra storage, the 64GB model is $569.99 (about $30 off) at Amazon and Walmart. Though the 256GB helps ensure you don’t run short on space too quickly.

This latest generation of the iPad Air looks a lot like the previous model from 2020, but it’s been given a big performance boost by borrowing the same M1 processor of the iPad Pro models and entry-level MacBooks. The Air is fast, has great battery life, and its 10.9-inch screen looks great. While it shares the same CPU as the pricier iPad Pro, it uses Touch ID built into its side button instead of Face ID and lacks ProMotion for smoother scrolling. However, this discount helps further separate the 256GB Air from the base 128GB iPad Pro which normally runs $799 — making it the better value for most people. Read our review.

Miraculously, if you want to buy an Xbox Series X console right now you have multiple options. You can get one at Costco or direct from Microsoft, or if you’re lucky, there might be one at your local Best Buy — but those aren’t deals. The deal du jour in the Xbox family right now is that Antonline is offering a free extra controller of your choice with the purchase of an Xbox Series S for the price of $299.99. That’s the regular selling price of the tiny console, and you get an extra gamepad valued at up to $69.99 for free.

The Xbox Series S is a great little console if you don’t mind a digital-only box that tops out at 2560 x 1440 QHD resolution. Sure, it’s a little lean on storage, with 512GB built-in, but it’s perfect for Xbox Game Pass and game streaming. Plus, with this deal, you can pick from black, white, red, blue, and yellow-green controllers — even the translucent smoked-black 20th anniversary special edition (which is the right choice, by the way). This deal runs through June 7th or until sold out. Read our review.

If you don’t want to wait around until July for Google’s upcoming Pixel 6A and you’re a T-Mobile or Sprint customer, you can get the Pixel 6 or Pixel 6 Pro for $150 off from Best Buy with an activation. This deal drops the price of the Pixel 6 down to $459.99 — the same as the more budget-minded 6A — and the Pixel 6 Pro is now $749.99. Both deals require an activation on T-Mobile or Sprint, but you choose to pay for them upfront or in monthly installments.

While the Pixel 6 siblings have had some troubled waters with software updates, they still have some of the best cameras in a smartphone — and arguably some of the best Android phones around. The Pixel 6A will be borrowing the Google Tensor CPU when it comes out in the summer, but the improved cameras are staying exclusive to the premium Pixels. Read our review.

The Lenovo Chromebook Duet has maintained its status as one of our favorite budget Chromebooks, though in late 2021, a newer model came out with a higher price tag that brought some compromises along. This new model is the Chromebook Duet 5, which got a bit fancier with a 13.3-inch OLED touchscreen and a new price point of around $500. The screen is great, the keyboard attachment is once again very good, and it’s got lengthy battery life. But it’s a bit of a different game when it’s $200 more than its predecessor.

Now, you can get the Lenovo Chromebook Duet 5 for a much more respectable $379 at Best Buy. This discount of $120 for the model with 8GB of RAM and 128GB SSD makes it much easier to overlook some of its flaws — like the lack of biometric authentication and no included pen. Money saved always makes things look better, am I right? Read our review.

Throw a few more deals on the grill: