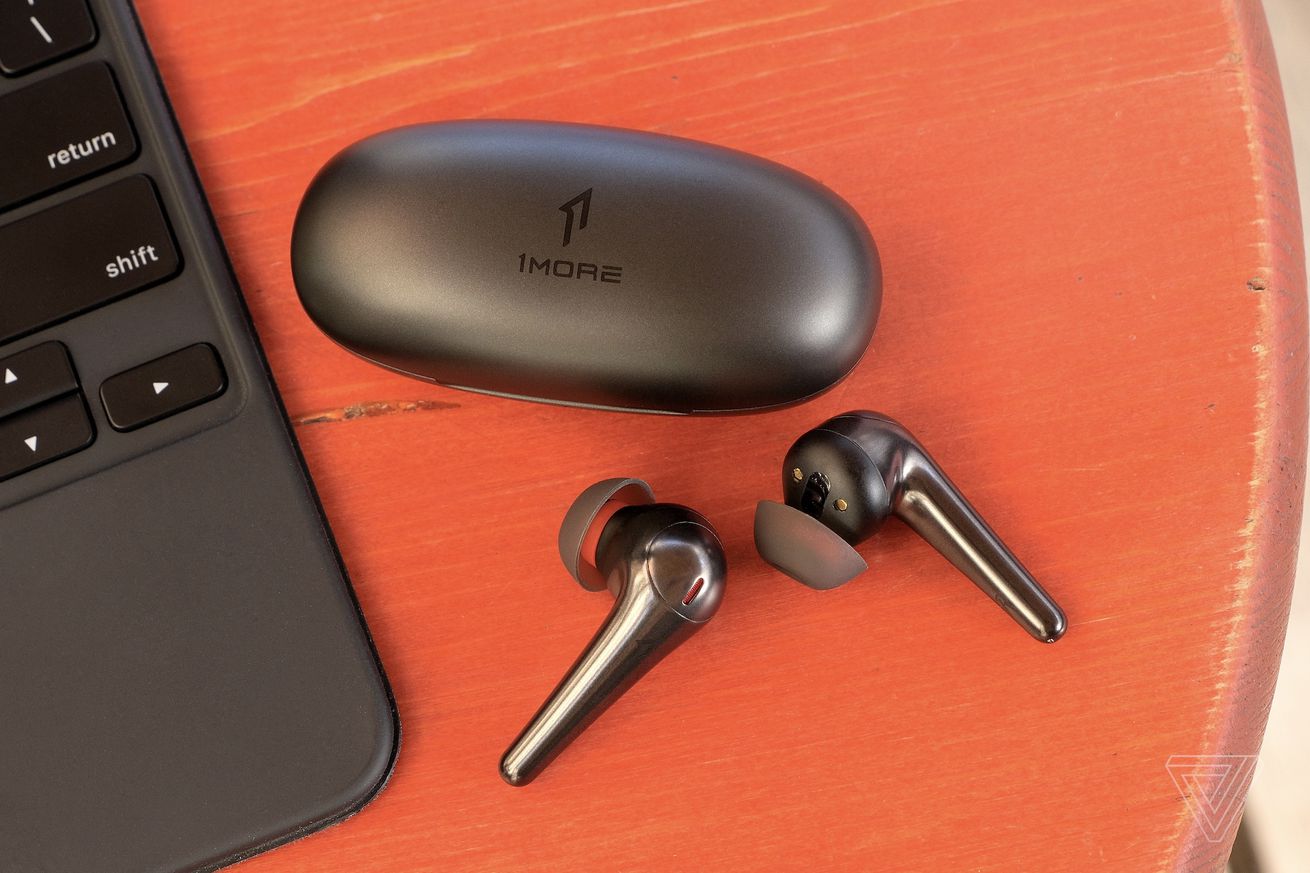 Planning on flying out for a holiday this summer? Trying to unwind on a packed flight while a baby screams like a banshee isn’t the most relaxing start to a vacation — and is exactly when a pair of noise-canceling earbuds could come in handy. Unfortunately, many tend to be over $100, but today you can buy 1More’s ComfoBuds Pro on Amazon in white for $55 instead of $94.99 or in black for $59.99 as opposed to $99.99, both of which require you to clip the on-page coupon.

True to their name, we found 1More’s ComfoBuds Pro to be very comfortable, even over long stretches of time. The budget-friendly true wireless earbuds boast good sound quality for the price as well, along with decent noise cancellation with various levels of intensity. They also come with other useful features like the ability to use each earbud independently, a transparency mode so you can hear the sounds of your surroundings when needed, better battery life than Apple’s AirPods Pro, and an IPX4 water resistance rating.

Of course, at this price, there are some notable drawbacks. There are no options for EQ customization, for instance, and the touch-sensitive controls could be a little more intuitive. Also, you’ll need to use an app to adjust noise cancellation modes. But if that doesn’t matter to you and you just need an affordable, comfortable pair of Bluetooth earbuds that will last a long time and sufficiently tune out noise while traveling, these will do just fine. Read our review.

If you’re trying to get in shape or improve your health overall, investing in either the Fitbit Versa 3 or Fitbit Luxe — two of our favorite fitness trackers on the market — can help you do so by keeping track of your goals. They seem like even better investments today, too, when you can buy either tracker at its lowest price to date. Right now, the Fitbit Versa 3 is available at Amazon (in blue) and Best Buy for around $168 ($62 off), while the stylish Fitbit Luxe can be had for just $89.99 ($40 off) on Amazon.

If you’re looking for more advanced features like built-in GPS, contactless payments, and support for voice controls, you may want to consider buying the more expensive Fitbit Versa 3. The excellent tracker also sports a microphone and speaker, week-long battery life, and fast charging. That said, if you just need a more affordable tracker for the basics or prefer a nicer-looking fitness tracker that looks like jewelry you can easily don at the gym or a formal event, the Fitbit Luxe is the better choice. Regardless of which pick, however, both offer continuous heart rate monitoring and SpO2 sensors. Each also will track your various activity levels and sleep habits, though note that the Fitbit Luxe doesn’t measure distance as accurately as other Fitbits, even if it will give you a rough picture of your activity levels.

Do you need a last-minute graduation gift? You’re in luck because HP is currently taking $500 off of the HP Spectre x360 14, which we consider to be the best Windows laptop and 2-in-1 on the market. Regularly $1,519.99, you can buy the model equipped with 512GB of storage and 8GB of RAM for $999.99. Unlike the base model, it also comes with the powerful Intel Core i7-1195G7 processor, rendering this configuration fast and capable of handling demanding workloads like video editing relatively well.

The gorgeous convertible boasts a stunning 3:2 OLED display and stellar performance. Battery life is long as well, and the 2-in-1 even comes bundled with a stylus college-bound seniors can use to take notes and then conveniently magnetically latch onto the side when they’re done. It’s an impressive laptop, so much so that we gave a rare 9 out of 10 in our review, but it does have a few downsides. Some may not like that at 2.95 pounds, for example, which is on the heavier side as far as laptops go. The touchpad can be a bit stiff, too, and the laptop comes with a range of preloaded bloatware — something no one should have to deal with at this price point. Read our review.

More wallet-friendly deals to wrap up the week