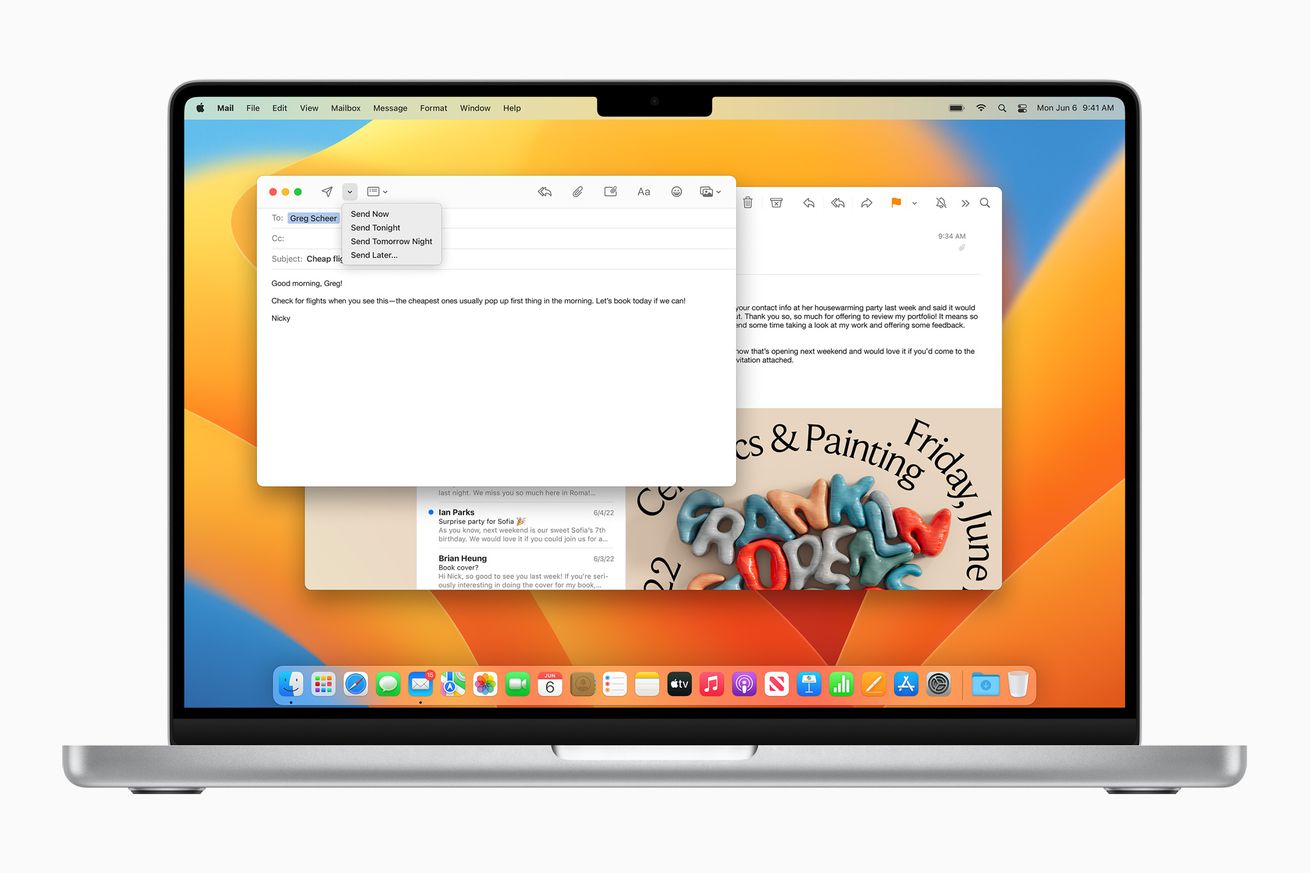 Apple announced some major new features for Mail that finally bring the email app closer to parity with Gmail and other popular email clients. I personally rely on Mail on Mac for my work emails, and I think I’ll be taking advantage of many of these updates once they’re available.

Perhaps the most useful will be an undo send feature, which will let you call back an email within 10 seconds of hitting the send button. It’s a feature that I’m a big fan of in Gmail, and I’ve used it more than I care to admit to save myself from sharing an embarrassing typo.

A “remind me” feature will let you set a time for an email to come back to the top of your inbox. I already use Gmail’s similar snooze button quite often to earmark emails for the weekend. A new scheduled send feature that allows you to specify exactly when an email should go out. And Mail will even tell you when it thinks you’ve forgotten to include an attachment.

The new Mail features will be available in macOS Ventura, iPadOS 16, and iOS 16 when they’re released this fall. You can see the full list of what’s coming in this screenshot, taken from Apple’s macOS Ventura “All New Features” page.