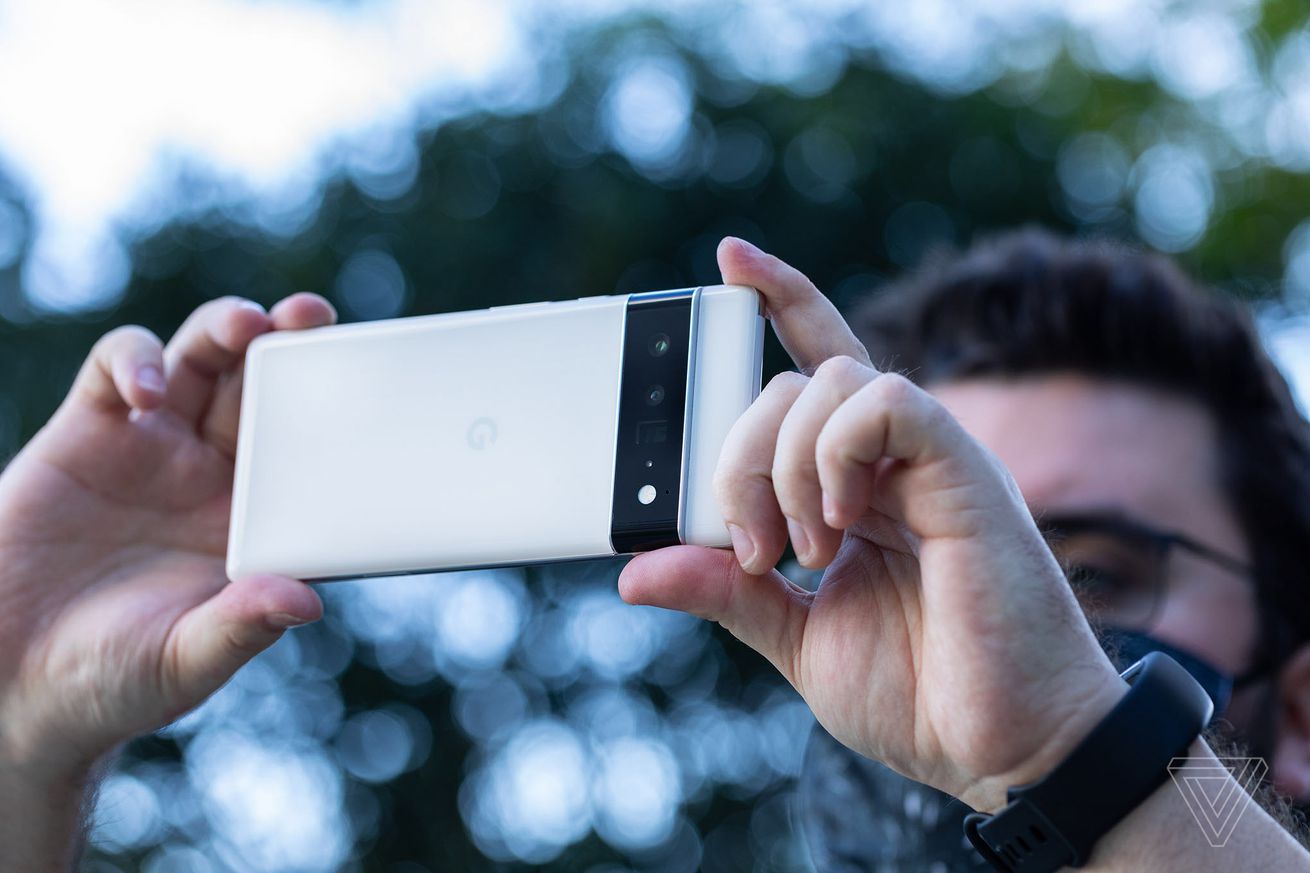 The Google Pixel 6 Pro, a behemoth smartphone with a brilliant telephoto lens (along with wide and ultrawide lenses), is $100 off in time for Father’s Day. Normally $899, it’s $799 at Amazon, Best Buy, and the Google Store through June 19th. What kind of person surprises their dad with a $799 phone? Someone who’s very giving, obviously, but also someone who wants their dad to be able to take pretty spectacular photos wherever they go.

But back to that 48-megapixel telephoto lens with 4x optical zoom, which makes the Pixel 6 Pro worth getting if you or your dad is into taking intimate, close crop shots — whether portraits or landscapes. One of the biggest gripes we had in our review of this phone, however, was the price you have to pay to get the telephoto lens perk. Compared to the slightly smaller $599 Pixel 6, the Pixel 6 Pro has a larger (and some say, better) OLED panel with smaller bezels that hug it. It features a bigger battery, too. It’s still far pricier than the Pixel 6, but knocking the price difference down to $200 instead of $300 makes it a slightly easier decision. Read our full review of the Pixel 6 and Pixel 6 Pro.

Amazon’s fourth-generation Echo Dot smart speaker (the latest model) is discounted if you purchase them in a duo set from Best Buy. Normally $50 for one, the retailer will sell you two (in either the charcoal or twilight blue colorways) for just $54.98. This is the best offer we’ve seen yet for this model, and with two of them, you can combine their capabilities within the Alexa app to create stereo sound with left and right channels.

Compared to the previous generation, the fourth-gen Echo Dot boasts a new spherical design, but there are few other major improvements. It’s still a great value if you don’t want to shell out $100 or more on a smart speaker, though, and it can do all of the Alexa-based skills that larger, pricier Echo models can do at a fraction of the cost. Read our review.

Here’s another Amazon-related gadget deal for you: the Fire HD 8 Plus is available refurbished (in like-new condition) for $49.99. This price will get you the 32GB model with lock screen ads, but you can add more storage via its microSD card slot, and you can opt to pay a fee to remove the ads. It has 3GB of RAM, along with USB-C charging and Qi wireless charging support, delivering more performance and charging methods than Amazon’s bargain bin Fire 7 tablet that costs the same amount.

Verge alum Dieter Bohn reviewed this tablet for us, praising its ability to work as an Echo Show display of sorts as well as its robust parental controls and multiuser support. He knocked the product for its $109.99 price, especially since it doesn’t allow Google Play Store without some hacky workarounds. But it’s a much better deal for $50. Read our review.

Google’s latest Chromecast with Google TV is $10 off at several retailers, including Best Buy, Walmart, and Target. Normally $50, you can score one in the white colorway for $39.99. This is Google’s first Chromecast to include a remote control (as opposed to being controlled entirely with a phone), with which you can control the interface as well as program it to turn on your A/V gear via infrared and HDMI-CEC.

This model supports up to 4K HDR resolution at 60 frames per second. It can also display Dolby Vision, HDR10, and HDR10 Plus content. One use case that’s not advertised (and that I enjoy using on mine from time to time) is its Bluetooth support, which lets me connect a controller to play my PC games wirelessly via the Steam Link app. Read our review.

A couple more deals to sate your appetite for discounts