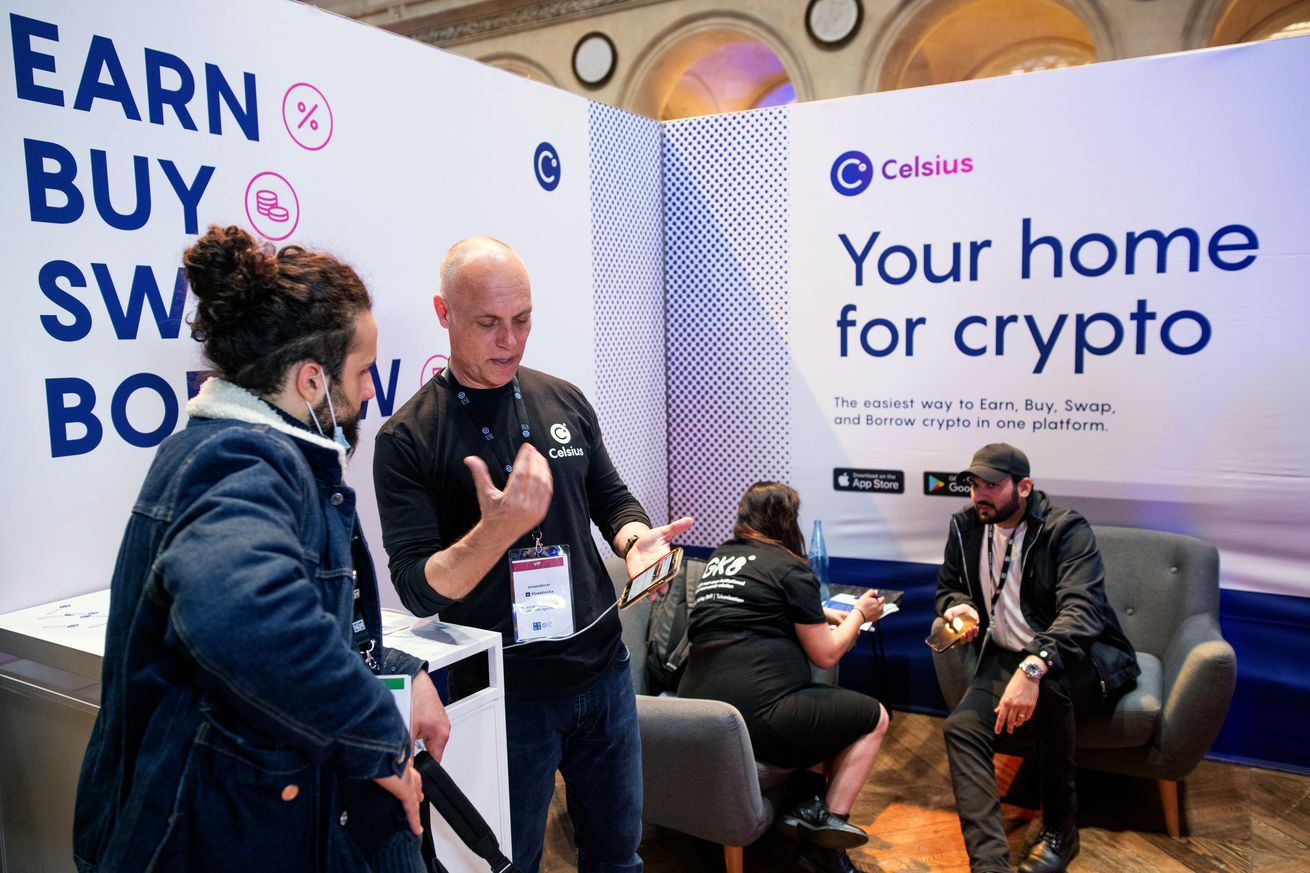 The Celsius Network, which is one of the largest crypto lenders, announced Sunday night that it was “pausing all withdrawals, Swap, and transfers between accounts.” It has 1.7 million customers.

The company’s token, CEL, is trading at 23 cents as of this writing, according to CoinMarketCap. That’s a 92 percent decrease from April 8th, when CEL was worth $3. The token was worth nearly $7 a year ago.

There have been questions about Celsius Networks’ high yields, its connections to failed stablecoin Terra, and its reserves. The value of assets on its platform dropped by half to $12 billion in May, from $24 billion in December 2021. Between March and May, a billion dollars flowed out of the system, The Financial Times reported.

In a June 7th blog post entitled “Damn the torpedoes,” the company said, “Celsius has the reserves (and more than enough ETH) to meet obligations, as dictated by our comprehensive liquidity risk management framework.”

That was then. On June 12th, an email to all customers started off like this:

Due to extreme market conditions, today we are announcing that Celsius is pausing all withdrawals, Swap, and transfers between accounts. We are taking this action today to put Celsius in a better position to honor, over time, its withdrawal obligations.

Skeptics have been wary of Celsius’ promised high returns for years

Celsius founder Alex Mashinsky has called his company the pioneer of a combination of a centralized (CeFi) and decentralized finance (DeFi) platform. He claimed in a blog post that the use of smart contracts and open ledgers, and approach to aggregating custodial wallers behind its ability to produce a high yield on investments and is “one of the safest yield earning platforms in crypto.”

In theory, Celsius works in much the same way an ordinary bank does, except in cryptocurrency. It collects deposits and then loans them out. An advertisement on Celsius’ site as of this writing offered an 18.63 annual percentage yield on crypto deposits. Unlike a bank, Celsius doesn’t have FDIC government insurance that protects people in case of a bank failure.

Because of its size, Celsius touches a lot of other parts of cryptocurrency markets. For instance, Celsius Network borrowed $500 million from Tether, the dollar-pegged stablecoin. (The loan was originally $1 billion, Bloomberg reported.) The loan is collateralized in Bitcoin. “If Bitcoin drops, they give us a margin call [and then] we have to give them more Bitcoin,” Celsius CEO Alex Mashinsky told The Financial Times last year.

Even investors who aren’t directly involved in cryptocurrency have exposure to Celsius. Canada’s second-largest pension fund, Caisse de Dépôt et Placement du Québec (CDPQ), invested as part of a $400 million equity round for the company.

Regulators have expressed interest in Celsius Network’s operations. On September 17th, 2021 alone, New Jersey issued a cease and desist order to Celsius Network, Texas scheduled a hearing to determine if it should issue a cease and desist, and Alabama inquired of Celsius why it shouldn’t be banned within a month. In October 2021, New York Attorney General Letitia James included the company as one of the platforms requested to provide information on its activities and products, and Celsius said it was working with regulators in the state.

There’s more. The CFO of Celsius was arrested in Israel in November for suspicion of money laundering, fraud, and sexual assault. (Those allegations were about his behavior at his previous job; he was suspended at Celsius after the arrest.) When the DeFi platform BadgerDAO was hacked in December, blockchain activity showed Celsius network lost $54 million worth of crypto. Celsius claimed client and user assets were not affected.

In its note to its customers, Celsius said that the company’s “ultimate objective is stabilizing liquidity.” It did not give a date for when customers might expect to be able to withdraw again, warning that “this process will take time, and there may be delays.”

Update June 13th, 11:40AM ET: Updated headline and body text to reflect that Celsius refers to itself as a combination CeFi and DeFi platform, while specific services may be in either category.