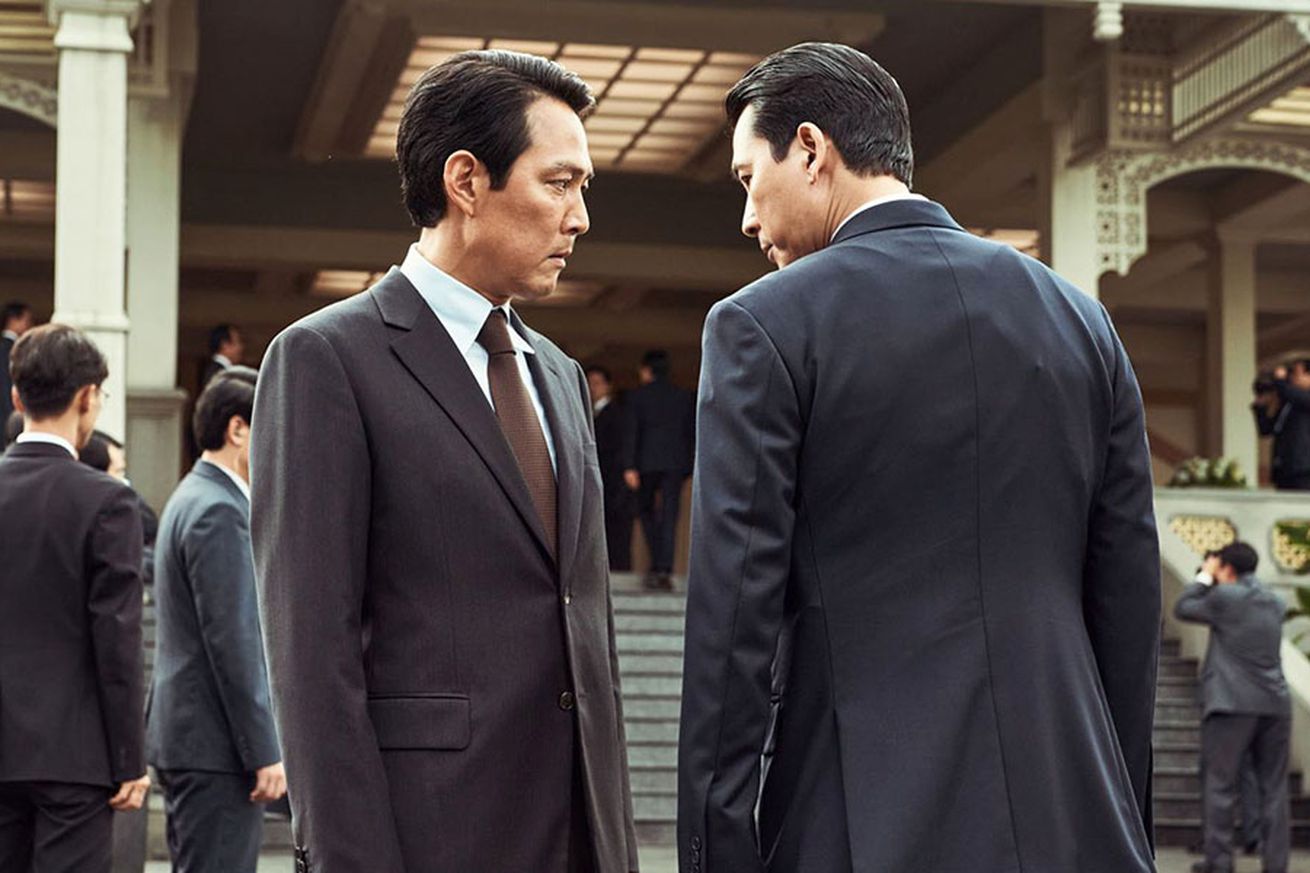 A huge range of movies were in Toronto this year

Going to an event like the Toronto International Film Festival is an overwhelming experience — even if you’re a veteran festival-goer. There are just so many movies spread out across so many days and theaters that it’s hard to avoid feeling like you’re missing out on something. At the same time, it can be incredibly refreshing. As regular movie theaters continue to be dominated by increasingly small lineups of blockbusters and never-ending franchises, the breadth of films showing at TIFF is a good reminder of why movies are so great.

This mix of overwhelmed yet refreshed is exactly how I felt after spending the last week at the 2022 iteration of TIFF. I didn’t get to see everything I hoped. In particular, I couldn’t squeeze Park Chan-wook’s new film Decision to Leave into my schedule, and my ticket for the now-controversial The People’s Joker was canceled — but I still managed to screen a huge range of different types of movies, from extremely goofy biopics and sweet stories about kidnapping to some beautiful stop-motion animation.

With the caveat that I couldn’t watch everything there, here are my favorite movies I saw at the festival.

If you’ve seen past work from director Hirokazu Kore-eda, like his award-winning Shoplifters, then his latest film, Broker, will feel familiar in a lot of ways. Broker once again sees the director exploring people at the margins of society finding morally questionable ways to survive. In this case, two men have a side business selling orphan babies to rich couples looking to adopt. It’s extremely messed up: particularly when one of the moms comes back to check on her kid.

She ends up joining them on a sales road trip across Korea, and from there, Broker steadily turns into a surprisingly sweet story about found families and the horrors of navigating bureaucratic systems. For every dark moment — like seeing a couple haggle over the price of a baby or an actual murder — there are tender scenes of people just trying to make the best of what they have. Think of it like a crime drama crossed with Little Miss Sunshine. Broker also has a great cast, including Parasite star Song Kang-Ho as one of the brokers and Sense8’s Doona Bae as a police officer trying to catch them in the act.

Broker is coming to theaters on December 26th.

Glass Onion: A Knives Out Mystery

A whodunit franchise is born

Netflix spent an eye-watering amount of money for the sequels to Knives Out and, if the first one is any indication, the investment might have been worth it. Glass Onion sees the return of both director Rian Johnson and star Daniel Craig as the charming detective Benoit Blanc as they tackle a new mystery. This time, it’s a murder on the private island of a tech billionaire, who just so happens to be hosting a retreat for his closest friends, which include everyone from an MRA YouTube star to a state governor.

Craig is clearly having a lot of fun doubling down on his southern caricature persona here, but Glass Onion is also notable for how great the rest of the cast is: Edward Norton as a douchebag tech bro with more money than sense; Janelle Monáe as his spurned former partner; Kathryn Hahn as a politician with questionable morals; Kate Hudson as an impossibly clueless fashion designer; and — perhaps the best of all — Dave Bautista as a man so insecure he swims with his pistol. If Glass Onion were just 90 minutes of this group having fun on an island, I’d be into it, but it’s also a very intriguing mystery. For more on Glass Onion, make sure to check out my full review.

Glass Onion: A Knives Out Mystery starts streaming on Netflix on December 23rd but will be in select theaters at some point before then.

Come for the beautiful Icelandic landscapes, stay for the rumination on life and faith

Godland is based on true events but in a unique way. The filmmakers used a series of found photographs from the 1800s as an inspiration for this quiet, contemplative story about a Danish priest traveling across Iceland to set up a church in a remote village before winter. It’s full of sweeping shots of the incredible Icelandic landscape, from freezing waterfalls to rushing lava, along with disturbingly true-to-life scenes of decomposing and butchered animals. And the story touches on a number of big subjects, from our relationship with the land that sustains us to the uncomfortable divide between colonizers and those they’ve colonized.

What’s also quite striking about Godland, though, is the way it’s shot. Director Hlynur Pálmason really leans into the photographic inspiration, with square frames and close-up shots of the cast that often look like portraits. At times, it really feels like you’re looking through the lens of the priest’s camera. It’s unlike anything I’ve seen before.

It’s not clear yet when Godland will receive a wider release.

A space documentary with a touch of Star Wars

Amazon’s Good Night Oppy is a documentary following the unexpectedly long lifespans of the Mars rovers Spirit and Opportunity. For the most part, it has exactly what you’d expect from this kind of film. There are lots of great interviews with former engineers and scientists who worked on the project, coupled with archival footage to show what things were like in the moment.

What makes it unique, though, is the visual effects. Star Wars visual effects house ILM worked on the movie, creating incredibly detailed and realistic CG scenes that bring these rovers and the Martian landscape to life. There are planet-wide sandstorms that look like something out of Mad Max and lots of close-ups of the robots that make them look and move like Star Wars droids. It adds a new dimension to a familiar story.

An unrelenting spy thriller from the star of Squid Game

Hunt marks the directorial debut of Lee Jung-jae, a longtime Korean star who came to global prominence through Netflix’s Squid Game. It’s a spy thriller set in the 1980s following a failed attempt at assassinating the South Korean president. In the aftermath, two KCIA chiefs — one of whom is played by Lee himself — are racing to find the suspect amid rising tensions with North Korea.

Spy thrillers are always full of deception. That’s kind of the point. But Hunt takes things to an extreme degree, with a dizzying array of twists and turns that makes it nearly impossible to know who is on which side and who you can trust. (Hint: you probably can’t trust anyone.) It’s unrelenting, rarely giving you a second to breathe before it throws yet another new wrench into the proceedings. Things end on a somewhat strange note, but the ride is a lot of fun.

Hunt doesn’t yet have a theatrical release date.

Pearl is the second entry of Ti West’s burgeoning horror franchise, but it’s also primarily a prequel to X, which released earlier this year. It’s an origin story, with Mia Goth reprising her role as the titular Pearl as she shifts from unassuming farm girl to bloodthirsty monster.

If you’ve seen X, there aren’t a lot of surprises here, but Pearl still works because of the incredible performance from Goth, who is genuinely terrifying, as well as the stylistic mix of The Wizard of Oz, Psycho, and a straight-up slasher. For more on Pearl, be sure to check out my full review.

Pearl is coming to theaters on September 16th.

An absolutely ridiculous take on the music biopic

Most biopics are meant to help viewers understand a person’s life. When it comes to musical biopics, this usually means following a traditional arc from a child to a superstar, with all the ups and downs in between. Weird: The Al Yankovic Story does all of this but with one important difference: almost nothing you see in the movie is actually true.

Instead, Weird is a parody of biopics (fitting for the master of musical parodies) that’s more like Walk Hard: The Dewey Cox Story than Rocketman — and it’s absolutely hilarious. It takes Yankovic’s life story in absurd directions, from drug-fueled trips through hell to a battle with a real-life drug lord. Daniel Radcliffe commits to the titular role completely, adding a level of intensity that makes the jokes hit that much harder. For more on Weird, you can check out my full review.

Weird: The Al Yankovic Story is coming to the Roku Channel on November 4th.

For some people, the names involved with Wendell & Wild will be enough to get them to watch. After all, it’s a return to stop-motion animation that director Henry Selick co-wrote alongside Nope director Jordan Peele and the first film from Selick since 2009’s Coraline. Peele also stars in the film alongside his longtime comedic companion Keegan-Michael Key. On paper, it’s the perfect Halloween movie.

Luckily, it’s also great on-screen. Combining some of the best stop-motion animation I’ve ever seen — seriously, the level of detail is incredible, from rumbling radiators to bubbling pots of curry — with a silly, scary, and heartfelt story about a young girl with literal demons who’s fighting to find her place in the world while also saving an entire town. It’s a typical Selick coming-of-age story but also one with a side critique of the prison industrial complex.