Nvidia shows off DLSS 3, the new version of its impressive upscaling tech 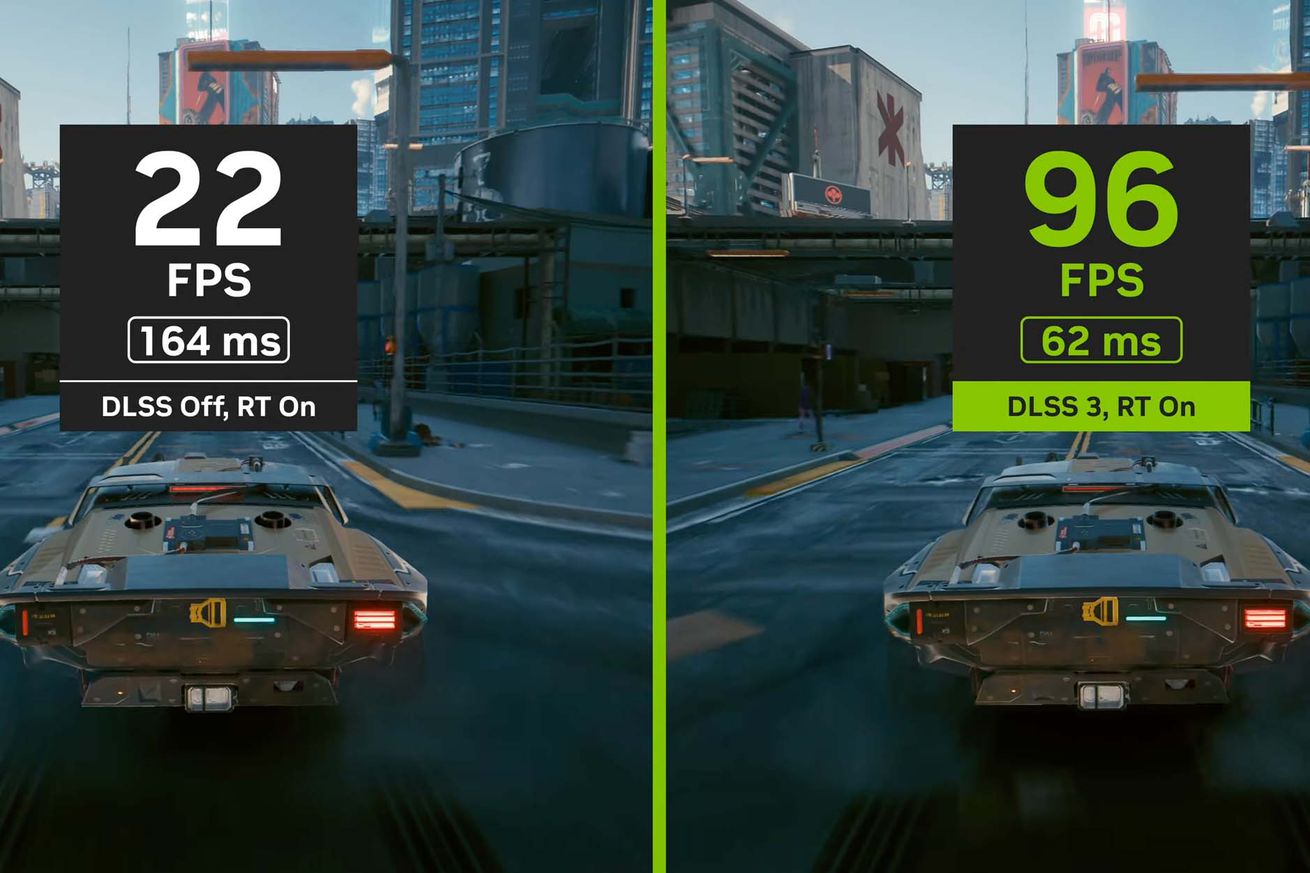 During today’s launch of its RTX 4090 and RTX 4080 cards, Nvidia has given an early look at the next version of its Deep Learning Super Sampling (DLSS) upscaling technology. Nvidia’s CEO Jensen Huang says DLSS 3 can boost performance by up to four times compared to simply rendering at native resolution.

Nvidia says more than 35 games and applications are already integrating the technology, with the first games expected to launch in October. DLSS 3 will be exclusive to the latest RTX 40-series GPUs.

In a demonstration, Nvidia showed off how DLSS 3 was able to boost the framerate of Cyberpunk 2077 from under 30fps to around 100fps. With its older DLSS 2 tech, performance was only boosted to around 60fps. In a second demonstration, Microsoft Flight Simulator saw its frames increase from the mid-50s to over 100fps with DLSS 3. However, the exact graphical settings or resolutions of these demonstrations were not detailed.

As well as boosting GPU-limited titles, Nvidia says DLSS 3 can also help in CPU-limited games, boosting performance by up to 100 percent. It also integrates support with Nvidia Reflex to reduce latency and improve responsiveness and is capable of generating entirely new frames rather than just new pixels (thanks to Optical Multi Frame Generation). In total, Nvidia says that DLSS can render up to seven-eighths of a game’s pixels, resulting in a big boost to performance.

Alongside its frame rate improvements, Nvidia says DLSS 3 should benefit from better image quality. DLSS 3’s Optical Flow Accelerator feature is capable of tracking objects in scenes rather than just pixels, meaning it should have a better understanding of graphical elements like shadows, resulting in less stutter.

While previous versions of DLSS worked on hardware going back to Nvidia’s 20-series GPUS, DLSS 3 is exclusively available on Nvidia’s new 40-series graphics cards. That’s because “DLSS 3 is powered by the new fourth-gen Tensor Cores and Optical Flow Accelerator on GeForce RTX 40 Series GPUs,” Nvidia spokesperson Benjamin Berraondo confirmed in an email to The Verge. Previous generations of Nvidia GPUs, like the 30- and 20-series, lack this specific hardware needed for DLSS 3.

Nvidia was the first major player to roll out AI upscaling technology; competitor AMD has subsequently rolled out its own take, called FidelityFX Super Resolution, for its graphics cards. Meanwhile, Intel’s Xe Super Sampling (XeSS) will aim to offer similar benefits for its GPUs, and early results have been positive. Competition is heating up, and Nvidia is no doubt hoping that DLSS 3 will give gamers another reason to pick its hardware.

Here’s the full list of games and applications that Nvidia says will support DLSS 3.