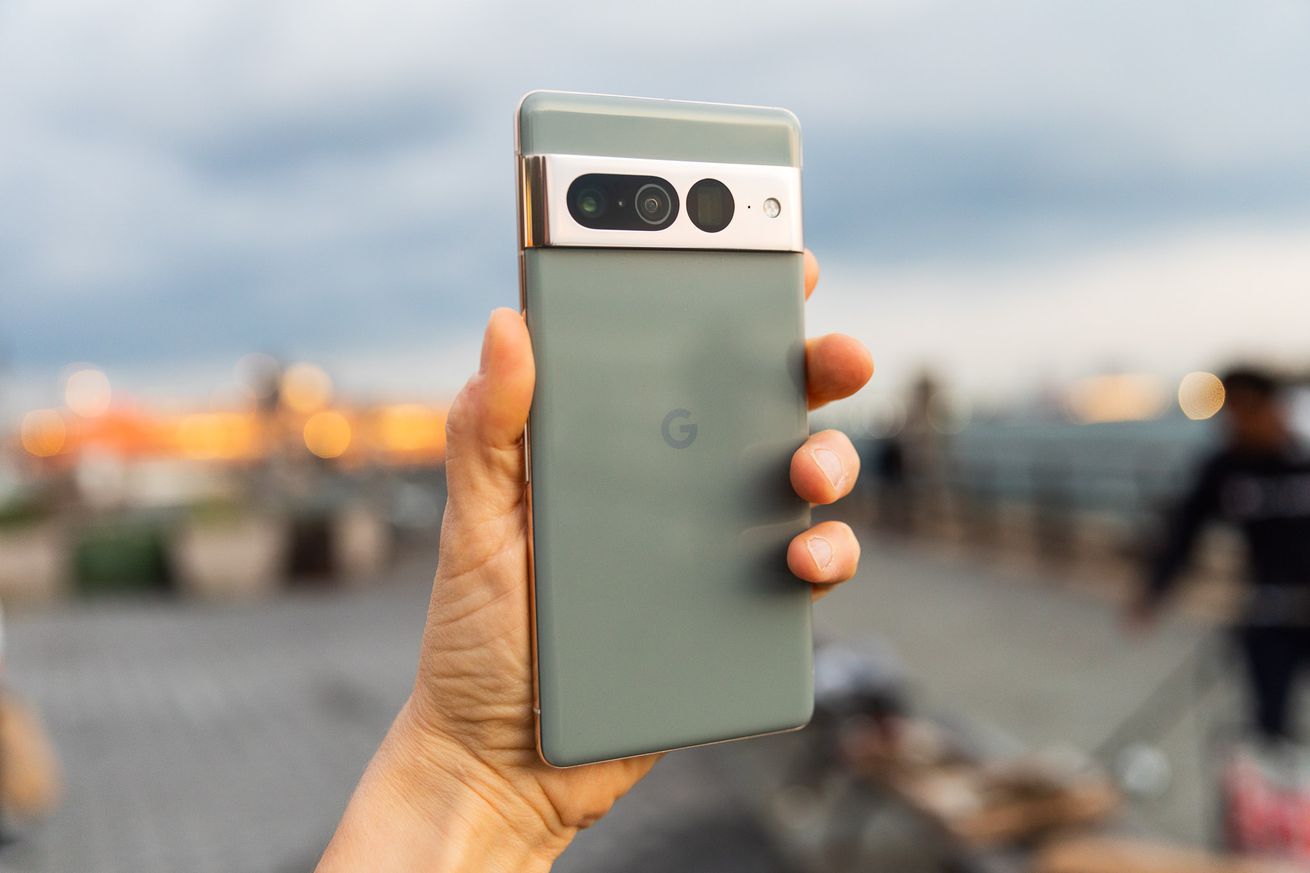 Whoa, Nellie! Early Black Friday deals from the likes of Walmart, Best Buy, and Target have been with us for a minute, but today, it feels like things are really ramping up. The early deals that were first teased by Google are here, and that means there’s a lot of money to save on Pixel stuff.

Starting from the top, the flagship Pixel 7 Pro is on sale for $749 ($150 off) at Target, Best Buy, Amazon, and direct from Google. That’s the lowest price yet for Google’s new top-tier phone, which comes with a triple-camera setup (wide, ultra-wide with macro, and telephoto) and ranks up there with the best phones available today. The excellent Android device also has a pretty massive 6.7-inch 120Hz OLED and the latest Tensor G2 CPU for Google’s AI-powered features — like the excellent Recorder app that’s exclusive to Pixels.

But if that’s just too much phone for you, the entry-level Pixel 7 is also on sale for a very enticing $499 ($100 off) at Best Buy, Target, Amazon, and Google. It’s got the same Google-designed Tensor G2 chip, a still-kinda-big 6.3-inch screen that goes up to a respectable 90Hz, and two of the three cameras from the Pro (it omits the 5x telephoto). It’s a great overall package if you don’t need every single spec or if the Pro is just way too massive for you. Read our review of the Pixel 7 and 7 Pro.

And by the way, if you have an older Pixel phone to trade in, you may want to peek at what Google is offering toward either new phone. Trading in a good-condition Pixel 6 for $479 toward a $499 Pixel 7? Umm, wow.

The next notable Google deal worthy of your attention is the new Pixel Watch, which is on sale for $299.99 at Target, Best Buy, Amazon, and Google. A totally new smartwatch doesn’t always get discounted by $50 just a month after it’s released, so if you were tempted by Google’s svelte wearable before, this might be the time to take the plunge.

The Pixel Watch is Google’s first true foray into making its own in-house wearable. It may not have hit it out of the park on its first try, as the battery life leaves a bit to be desired, but it’s a very functional smartwatch for notifications on your wrist and tracking your fitness; it also looks pretty sharp and unique with that domed glass case. Also, I have to give respect to opting for a small-ish 41mm case because not all watches need to be huge chonkers on your wrist.

Read our review and check out our excellent Versus video comparing it to the Samsung Galaxy Watch 5.

Google’s current Pixel Buds Pro deal means the terrific earbuds are back down to their all-time low of $149.99 ($50 off) at Best Buy, Amazon, Target, and Google. We actually already highlighted this deal a day early at Wellbots as a bit of an exclusive (which you’d know if you subscribed to our Verge Deals newsletter), and now it’s everywhere. That said, Wellbots is slightly sweetening the deal by discounting it a little further to $142.50 when you use promo code 50VERGE at checkout (while supplies last).

The Pixel Buds Pro are a great pair of noise-canceling earbuds with awesome sound quality and a very good microphone for voice calls. They’re also one of the few earbuds that come in a variety of fun, pastel-like colors in addition to black and white, and they support multipoint connectivity for pairing with more than one device. Quite frankly, you have to spend a decent bit more than this current deal to get earbuds that are head and shoulders above the Pixel Buds Pro. Read our review.

Okay, now for another great deal that isn’t all about Google. If you’re in need of some beefy horsepower in your laptop, you can’t go wrong with Apple’s 16-inch MacBook Pro with the M1 Pro CPU. Right now, the excellent laptop is on sale at Amazon in the base configuration with 512GB of storage for just $1,999.99, or you can opt for an expanded 1TB of storage for $2,199.99. Both of these prices reflect a $500 discount, which is the steepest sale we’ve ever seen on the M1 generation of MacBook Pros (the previous best was a discount of $400).

The 16-inch MacBook Pro is an exceptional laptop for any content creator or creative type with hefty video, photo, or design workflows. It’s got most of the ports you will need built right into it, including an SDXC card slot, HDMI-out, three Thunderbolt 4 / USB-C ports, and the triumphant return of MagSafe charging. And have we mentioned that it also has excellent battery life? It’s a slam dunk at this price, for sure. Read our review.

Since the Xbox Series S just got $50 cheaper for the holidays, let’s talk about another solid gaming hardware deal for Microsoft and PC gaming fans. The recently launched Xbox Elite Series 2 Core controller is currently on sale at Newegg for $99.99 ($30 off) when you use offer code 5BFBYA5372 at checkout. Alternatively, you can get it for $109.99 with a digital copy of Watch Dogs: Legion for Xbox from Antonline via eBay.

The pricier Xbox Elite Series 2 controller has remained one of the best go-to options for an ultra-luxe, premium gamepad for Xbox and PC gamers, but the Elite Series 2 Core presents a more affordable take. The Elite Core has that same formula with a hefty build, built-in rechargeable battery, hair-trigger shoulder buttons, and four customizable rear paddles and offers it in a two-tone black and white paint job for a lower price of $129.99 instead of $179.99. What you’re not getting with the Core is the added accessories (you can buy them separately for $59.99) and a shorter 90-day warranty — which is what the regular Elite controller had until Microsoft extended it due to recurring hardware issues.