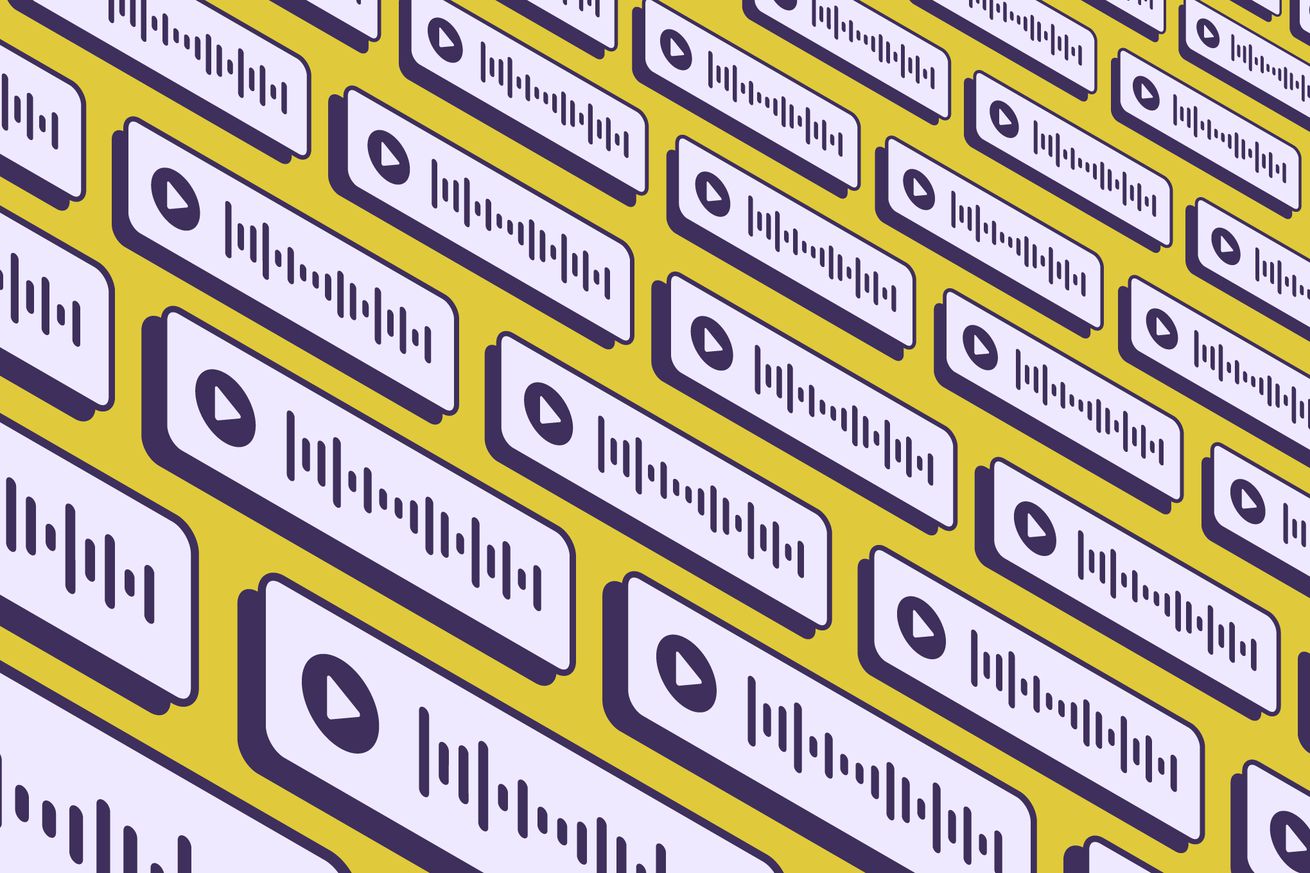 I hope you all had a happy holiday weekend and, with any luck, are off this week. Last week, I dug into the wonky, rocky economic outlook for podcasting in 2023. This week, I am keeping it light (plus, nothing much happens in the liminal space between Christmas and New Years, anyway).

There have been a number of thorough, expert rankings of the top podcasts of the year – this is not one of them. This is a purely subjective list of episodes I really enjoyed during my free time that had nothing to do with writing this newsletter. If your taste is anything like mine, I hope you like them, too.

I am not original, and like most people connected in some way to the podcasting industry, I am obsessed with Normal Gossip. My husband and I often struggle to find podcasts that we enjoy listening to together, but this one is a slam dunk every time. With the podcasting space so saturated with rote tales about murder and violence, it is thrilling to hear well-told stories about low-level scams and everyday drama.

There are a lot of great episodes (“Grandma’s ‘Best Friend’ Dot” is a strong runner up), but the most recent season finale actually had my husband and I screaming in the car. I really do not want to spoil the story, and I would never otherwise think that niche pocketwatch chatroom drama would pique my interest. But host Kelsey McKinney is masterful at providing the kind of personal details and choose-your-own-adventure style narrative that get you personally invested in a story that would otherwise be too mundane for the public. If you only listen to one episode of Normal Gossip because your friends have been badgering you to do so, make it this one.

You’re Dead to Me, “The History of Timekeeping”

This BBC Radio 4 show is easily my favorite new addition to my podcast rotation. Hosted by Greg Jenner, each episode of the podcast features a different historical topic and brings on an academic expert and a comedian who is decidedly not an expert. If you have a wide history diet and a penchant for British panel shows, this podcast is for you (and specifically for me)!

It was honestly kind of hard to pick one episode “Prohibition in the USA” was a banger, “Medieval Christmas” was delightfully weird, but I really need to give it to “The History of Timekeeping” for two reasons. First, I had never actually thought about this topic, and it turns out, timekeeping is kind of insidious and has always been used by powers that be to keep people under control. This really spoke to me as someone who consistently runs 10 minutes late. Second, I simply love Desiree Burch, and her interpretation of French Revolutionary Time made me laugh so hard I peed my pants a little.

Newcomers, “The Lord of the Rings Fanfiction”

This season ran in 2020, so it’s not technically a 2022 podcast. But I started listening in 2022, and with the magic of back catalogs, it doesn’t really matter anyway. And I am so glad I did! Newcomers is a lighthearted look at how secretly dumb our beloved pop culture franchises are. Each season focuses on a different pop culture franchise, and not every season is for me (will I ever listen to the Fast & Furious season? Probably not). But the Lord of the Rings season hits that sweet spot in that I sort of know the books and films, but am also pretty skeptical of them. Nicole Byer and Lauren Lapkus are also quite skeptical, which is what makes it so much fun.

Most recap podcasts (How Did This Get Made? aside) treat the source material with a certain reverence. Luckily, that is not the case with this show, and there is no better example of that than the fanfiction episode. It is absolutely filthy and bonkers and I am pretty sure I would get in trouble with the bosses at Vox Media if I repeated any of it here.

You’re Wrong About, “The Donner Party”

Following the surprise departure of co-host Michael Hobbes, this was a rocky year for the critically acclaimed show. Host Sarah Marshall brought on guests like Laci Mosley, Anne Helen Petersen, and Dana Schwartz to re-examine figures and events that loom large in public narratives. The content is still great, even if the rhythm is a bit off. That said, the episode about the Donner Party was deeply informative and upsetting (and therefore, a classic You’re Wrong About).

Handled by another podcast, the story of the Donner Party might have focused on the gore and cannibalism. Instead, Marshall and Chelsey Weber-Smith dug into the historical context of the journey, the political and cultural motivations of the travelers, and the moral code they lived by even when things got really, really bad. (Bonus fact: a young Abraham Lincoln almost joined the Donner Party!!). I honestly never cared about the history of westward expansion until this episode, and it has kicked me off into a weeks-long deep dive.

Okay so this one may seem like a run-of-the-mill Brian Lehrer political segment, and it is. But it also has a truly incredible, unhinged listener call that I still think about all the time.

In the segment, Lehrer discusses a poll that showed young Democrats were unhappy with older leaders of the party and President Biden in particular. He asked for listeners under the age of 30 to call in and share their opinions. Most of the feedback was typical (Democrats aren’t doing enough for climate change/abortion rights/inequality/etc.), but then there was “Christopher.” I put that in quotes because that may or may not be his real name, but one thing I know for sure is he was not under 30. “Christopher” proceeded to go on a rant about how young people don’t do their research and the Democrats in power are too busy to put together a messaging plan.

“There are over 120, 115 things this administration has done… your station doesn’t talk about that fact, and only points out three things, or five things. It’s a whole lot of things!” said “Christopher,” not once pointing out what those things are. “You should dedicate a whole episode of your show to pointing out all the many things.”

Lehrer played it very straight and pushed him for specifics. But a live public radio show is not the place to call out a faker, and I would like a follow up. This is my version of a whodunnit. Who is “Christopher”? Is he 50 or 70 years old? Is he secretly my Uncle Avi? Did he think he was getting away with sounding like a Millennial or, god forbid, a Gen Zer? And what, exactly, are the things?